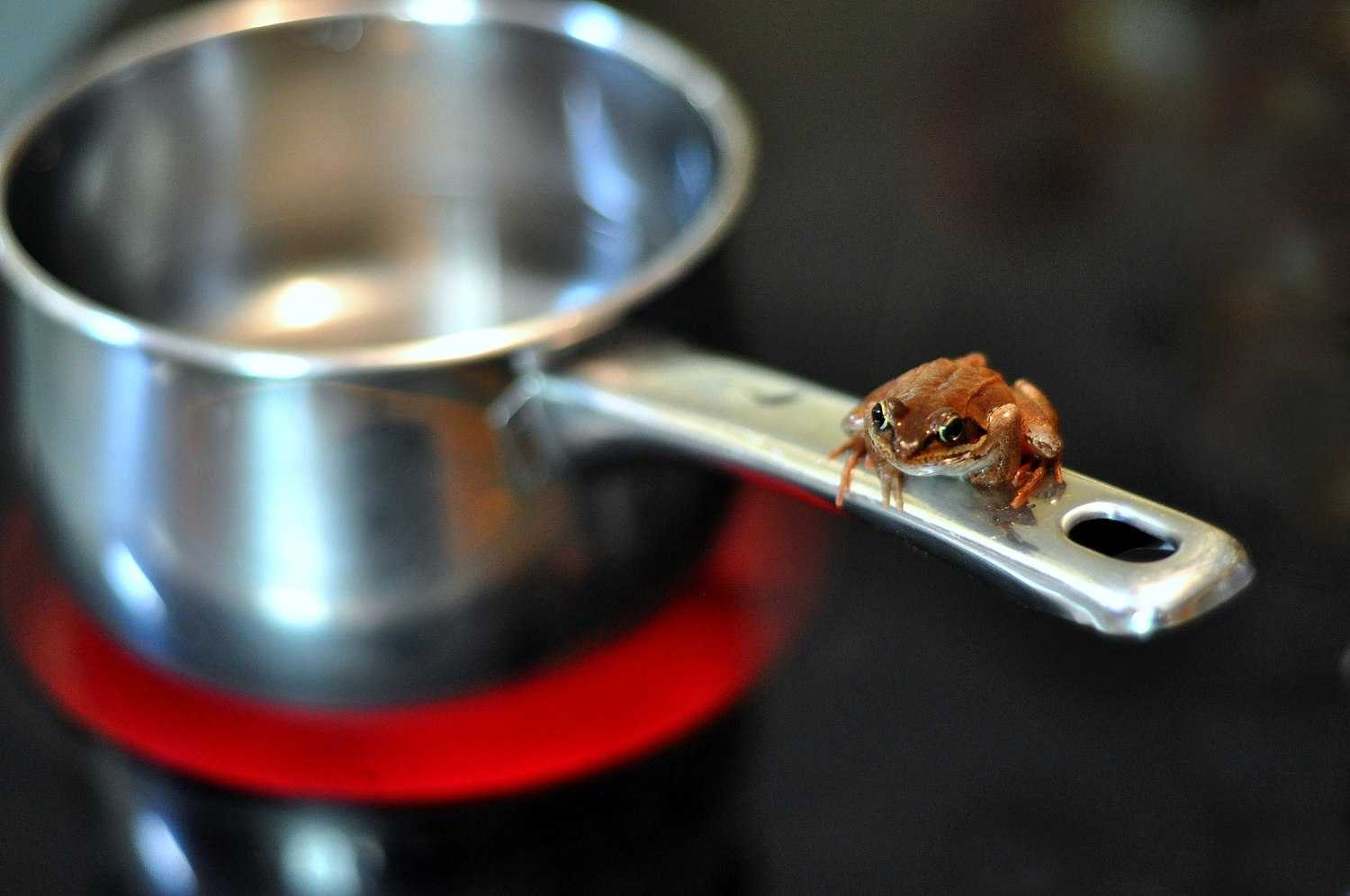 The boiling frog is an apologue describing a frog being slowly boiled alive. The premise is that if a frog is put suddenly into boiling water, it will jump out, but if the frog is put in tepid water which is then brought to a boil slowly, it will not perceive the danger and will be cooked to death. The story is often used as a metaphor for the inability or unwillingness of people to react to or be aware of sinister threats that arise gradually rather than suddenly.

While some 19th-century experiments suggested that the underlying premise is true if the heating is sufficiently gradual,[1][2] according to modern biologists the premise is false: changing location is a natural thermoregulation strategy for frogs and other ectotherms, and is necessary for survival in the wild. A frog that is gradually heated will jump out. Furthermore, a frog placed into already boiling water will die immediately, not jump out.[3][4]