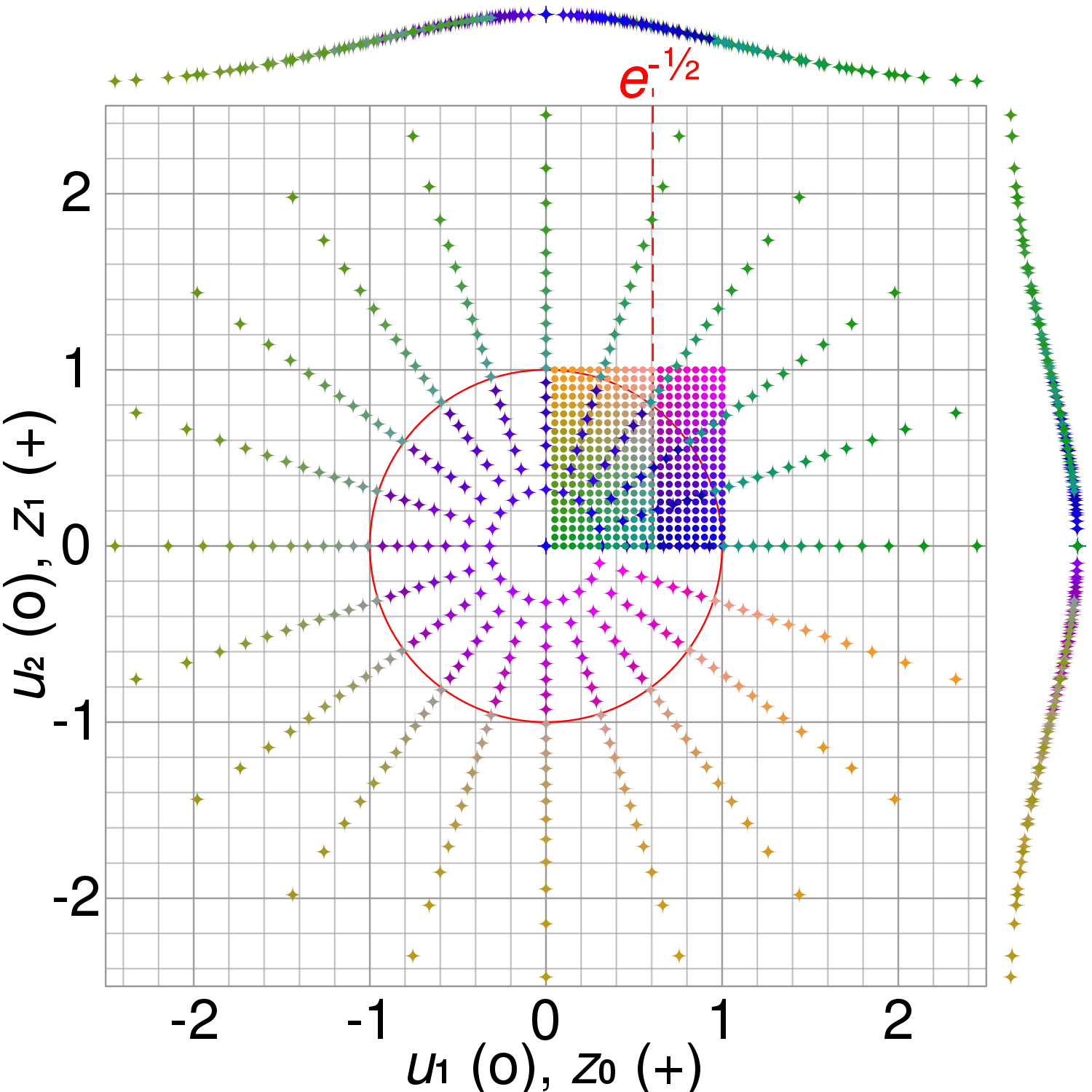 The Box–Muller transform is commonly expressed in two forms. The basic form as given by Box and Muller takes two samples from the uniform distribution on the interval [0, 1] and maps them to two standard, normally distributed samples. The polar form takes two samples from a different interval, [−1, +1], and maps them to two normally distributed samples without the use of sine or cosine functions.