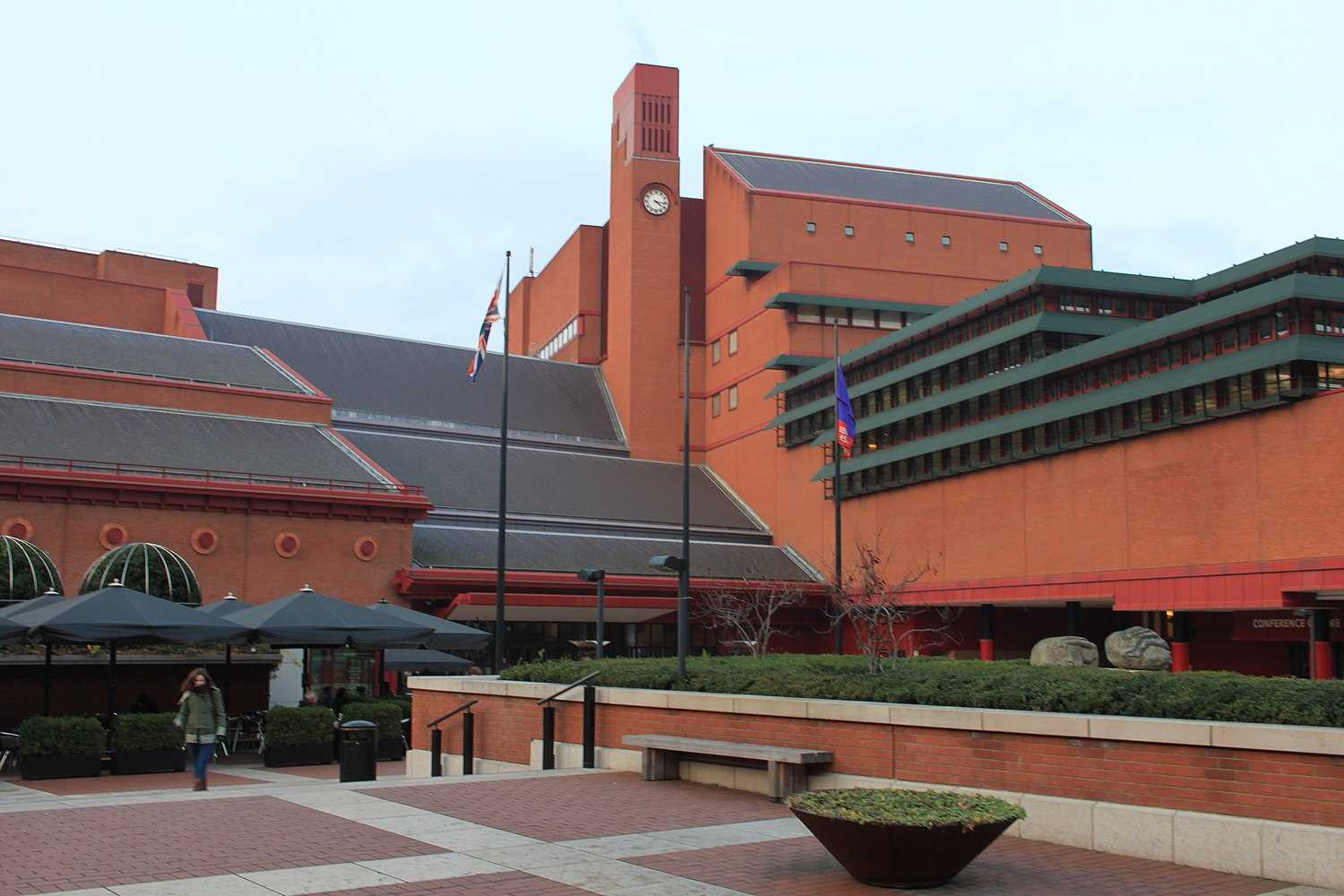 The British Library is the national library of the United Kingdom[7] and is the largest library in the world. It is estimated to contain between 170 and 200 million[1][2][3][4] items from many countries. As a legal deposit library, the British Library receives copies of all books produced in the United Kingdom and Ireland, including a significant proportion of overseas titles distributed in the UK. The Library is a non-departmental public body sponsored by the Department for Digital, Culture, Media and Sport.

National library of the United Kingdom

The British Library is a major research library, with items in many languages[8] and in many formats, both print and digital: books, manuscripts, journals, newspapers, magazines, sound and music recordings, videos, play-scripts, patents, databases, maps, stamps, prints, drawings. The Library's collections include around 14 million books,[9] along with substantial holdings of manuscripts and items dating as far back as 2000 BC. The library maintains a programme for content acquisition and adds some three million items each year occupying 9.6 kilometres (6 mi) of new shelf space.[10]

Prior to 1973, the Library was part of the British Museum. The Library is now located in a building purpose-built on the disused site of Midland Railway's Somers Town Goods Yard and Potato Market,[11] on the north side of Euston Road in Somers Town, London (between Euston railway station and St Pancras railway station), and has an additional storage building and reading room in the branch library near Boston Spa, in the Leeds district of West Yorkshire. The St Pancras building was officially opened by Queen Elizabeth II on 25 June 1998, and is classified as a Grade I listed building "of exceptional interest" for its architecture and history.[12]