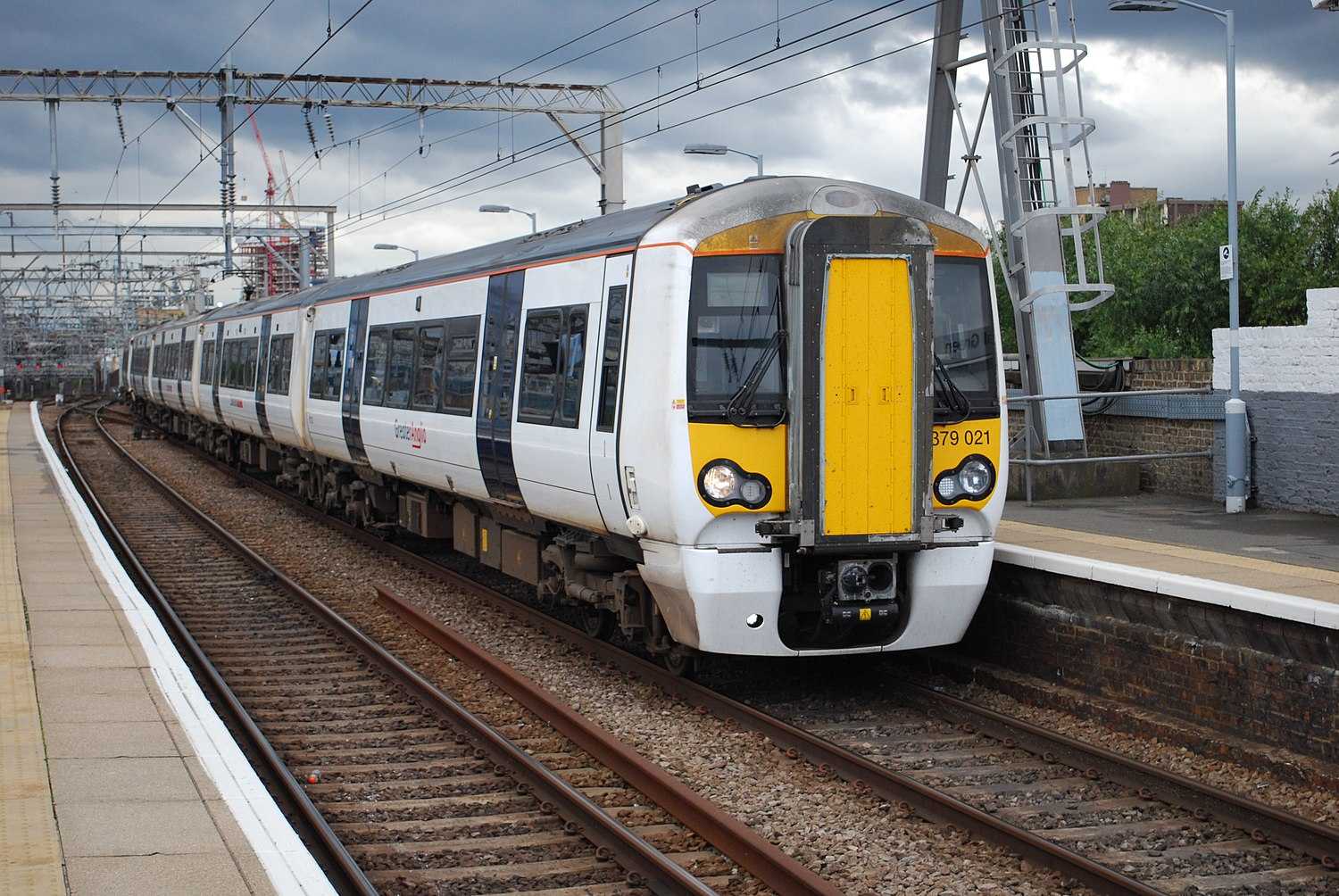 The British Rail Class 379 Electrostar is an electric multiple-unit (EMU) passenger train designed and built by the rolling-stock manufacturer Bombardier Transportation. The trains are part of the company's extensive Electrostar family.

The Class 379 was specifically procured in response to a government white paper issued in 2007, under which £185 million of investment was issued to the West Anglia Main Line (WAML), the bulk of which was spent with Bombardier Transportation to procure the 30-strong Class 379 fleet of EMUs.[1] While the type was largely intended to increase capacity, its introduction did enable the withdrawal of ageing units such as the Class 317 EMUs; the programme also involved various infrastructure improvements. The Class 379's introduction was relatively smooth and brought about a noticeable step up in service quality.[1]

Since their introduction during early 2011, the Class 379 became the principal type operated on the Stansted Express service; it was also tasked with additional services between London Liverpool Street to Stansted Airport, Cambridge and Kings Lynn.[6][full citation needed] The fleet was initially operated by National Express East Anglia (NXEA)[7] and subsequently by Greater Anglia.