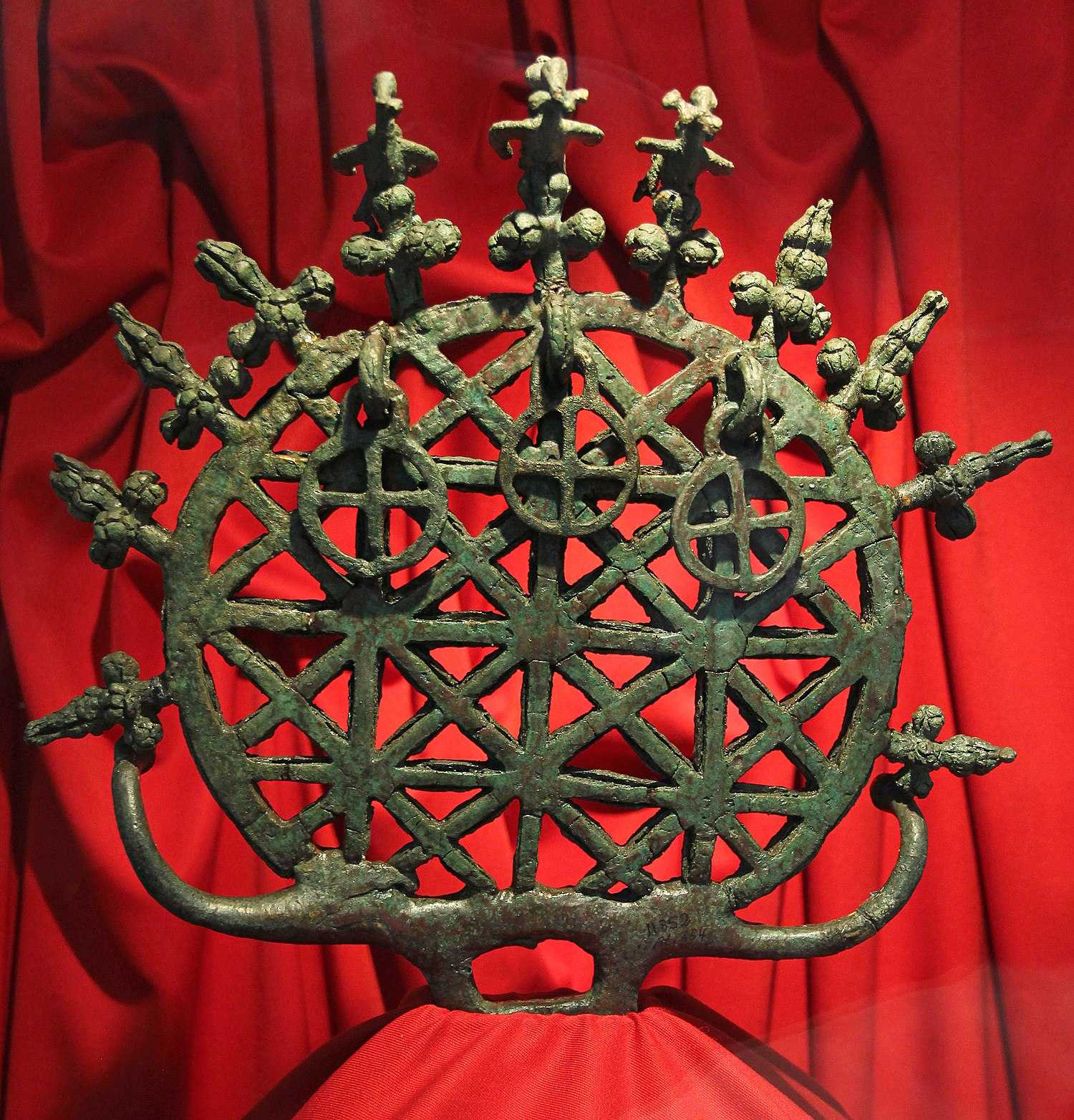 The Bronze Age is a historic period, lasting approximately from 3300 BCE to 1200 BCE, characterized by the use of bronze, the presence of writing in some areas, and other early features of urban civilization. The Bronze Age is the second principal period of the three-age system proposed in 1836 by Christian Jürgensen Thomsen for classifying and studying ancient societies and history.

An ancient civilization is deemed to be part of the Bronze Age because it either produced bronze by smelting its own copper and alloying it with tin, arsenic, or other metals, or traded other items for bronze from production areas elsewhere. Bronze is harder and more durable than the other metals available at the time, allowing Bronze Age civilizations to gain a technological advantage.

While terrestrial iron is naturally abundant, the higher temperature required for smelting, 1,250 °C (2,280 °F), in addition to the greater difficulty of working with the metal, placed it out of reach of common use until the end of the second millennium BC. Tin's low melting point of 231.93 °C (449.47 °F) and copper's relatively moderate melting point of 1,085 °C (1,985 °F) placed them within the capabilities of the Neolithic pottery kilns, which date back to 6,000 BC and were able to produce temperatures greater than 900 °C (1,650 °F).[1] Copper and tin ores are rare, since there were no tin bronzes in Western Asia before trading in bronze began in the 3rd millennium BC. Worldwide, the Bronze Age generally followed the Neolithic period, with the Chalcolithic serving as a transition.