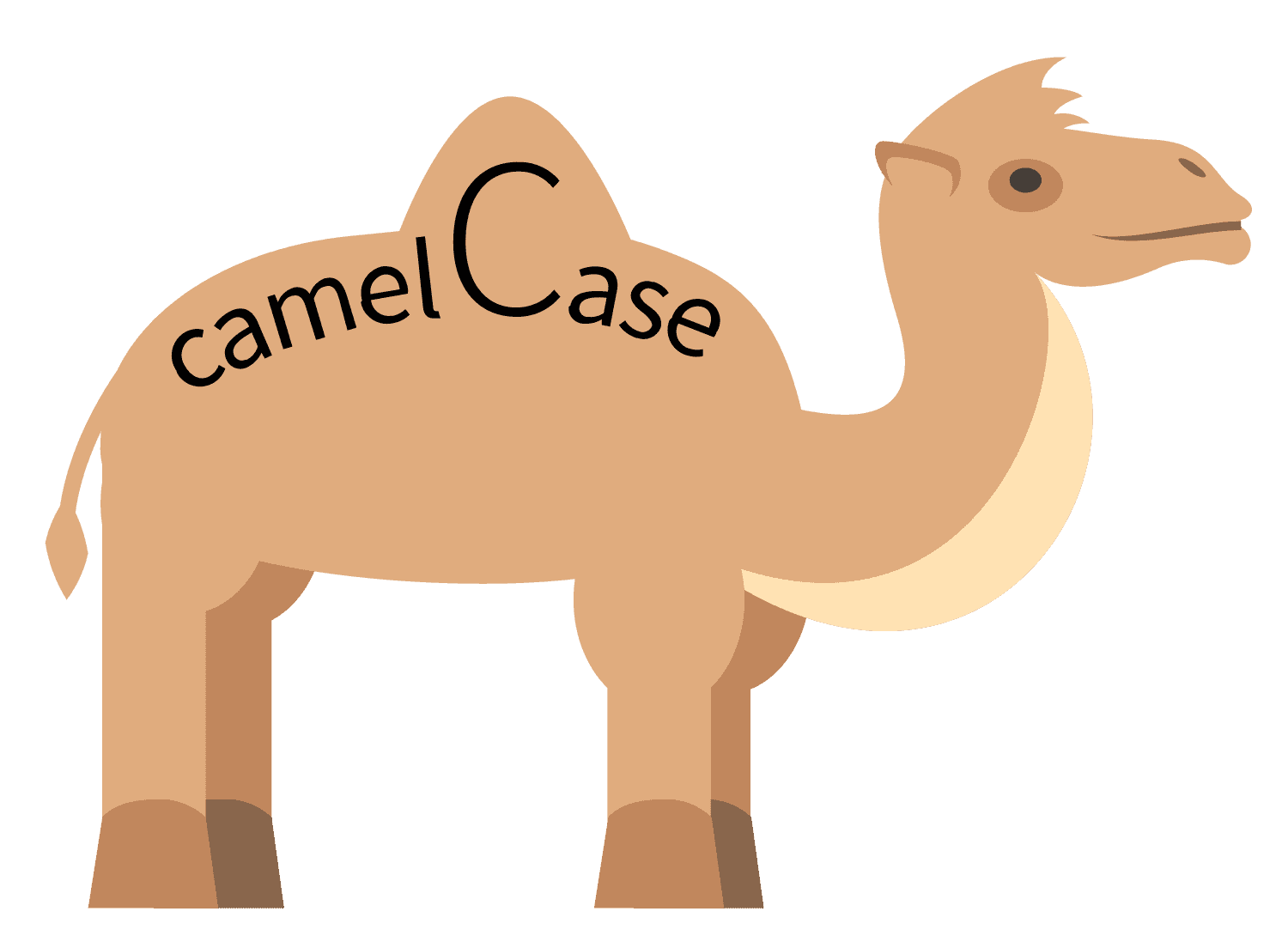 Camel case (sometimes stylized as camelCase or CamelCase, also known as camel caps or more formally as medial capitals) is the practice of writing phrases without spaces or punctuation. The format indicates the separation of words with a single capitalized letter, and the first word starting with either case. Common examples include "iPhone" and "eBay". It is also sometimes used in online usernames such as "johnSmith", and to make multi-word domain names more legible, for example in promoting "EasyWidgetCompany.com".

Camel case is distinct from title case, which capitalises all words but retains the spaces between them, and from Tall Man lettering, which uses capitals to emphasize the differences between similar-looking product names such as "predniSONE" and "predniSOLONE". Camel case is also distinct from snake case, which uses underscores interspersed with lowercase letters (sometimes with the first letter capitalized). A combination of snake and camel case (identifiers Written_Like_This) is recommended in the Ada 95 style guide.[4]