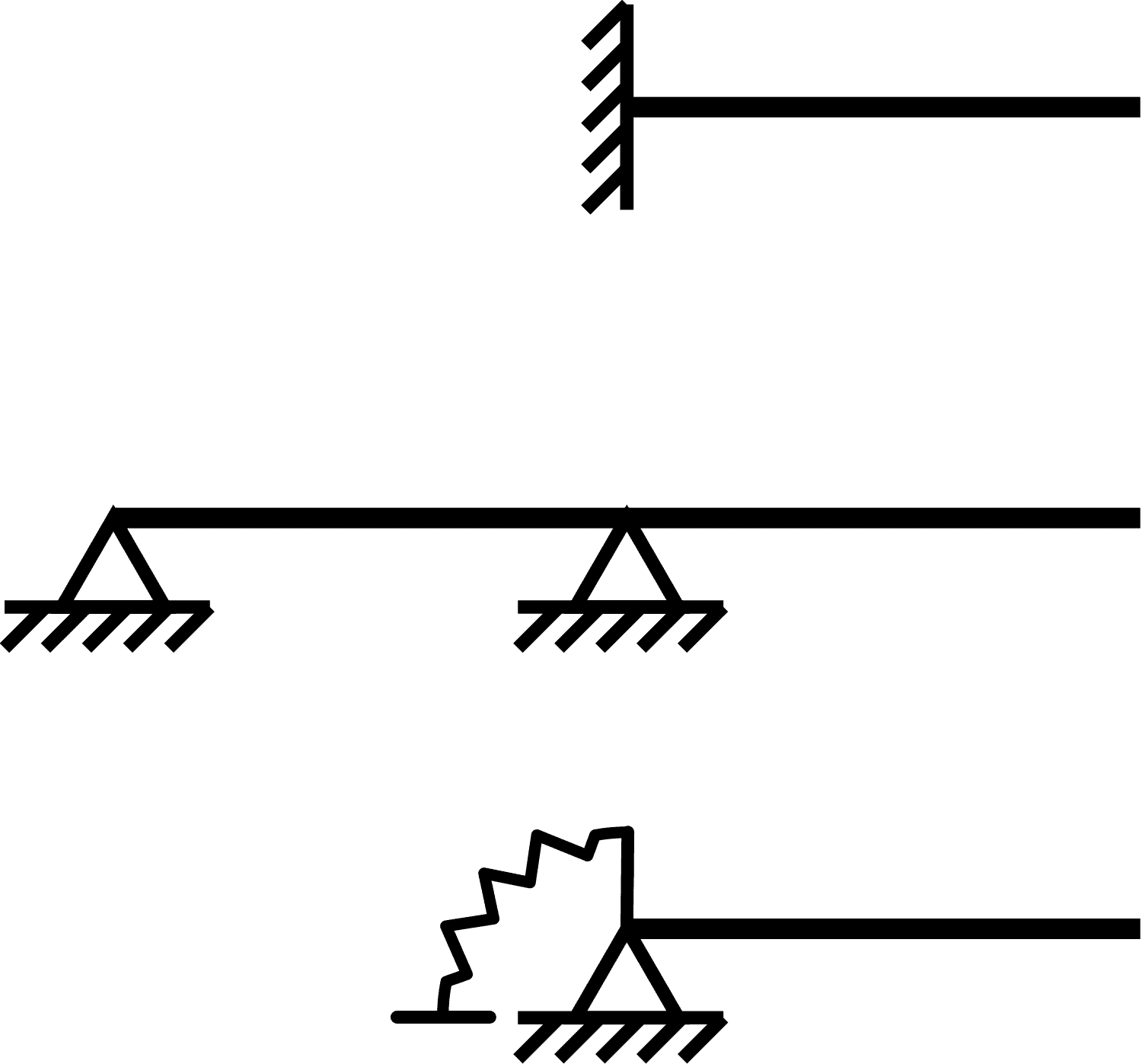 A cantilever is a rigid structural element that extends horizontally and is supported at only one end. Typically it extends from a flat vertical surface such as a wall, to which it must be firmly attached. Like other structural elements, a cantilever can be formed as a beam, plate, truss, or slab.

Beam anchored at only one end

When subjected to a structural load at its far, unsupported end, the cantilever carries the load to the support where it applies a shear stress and a bending moment.[1]