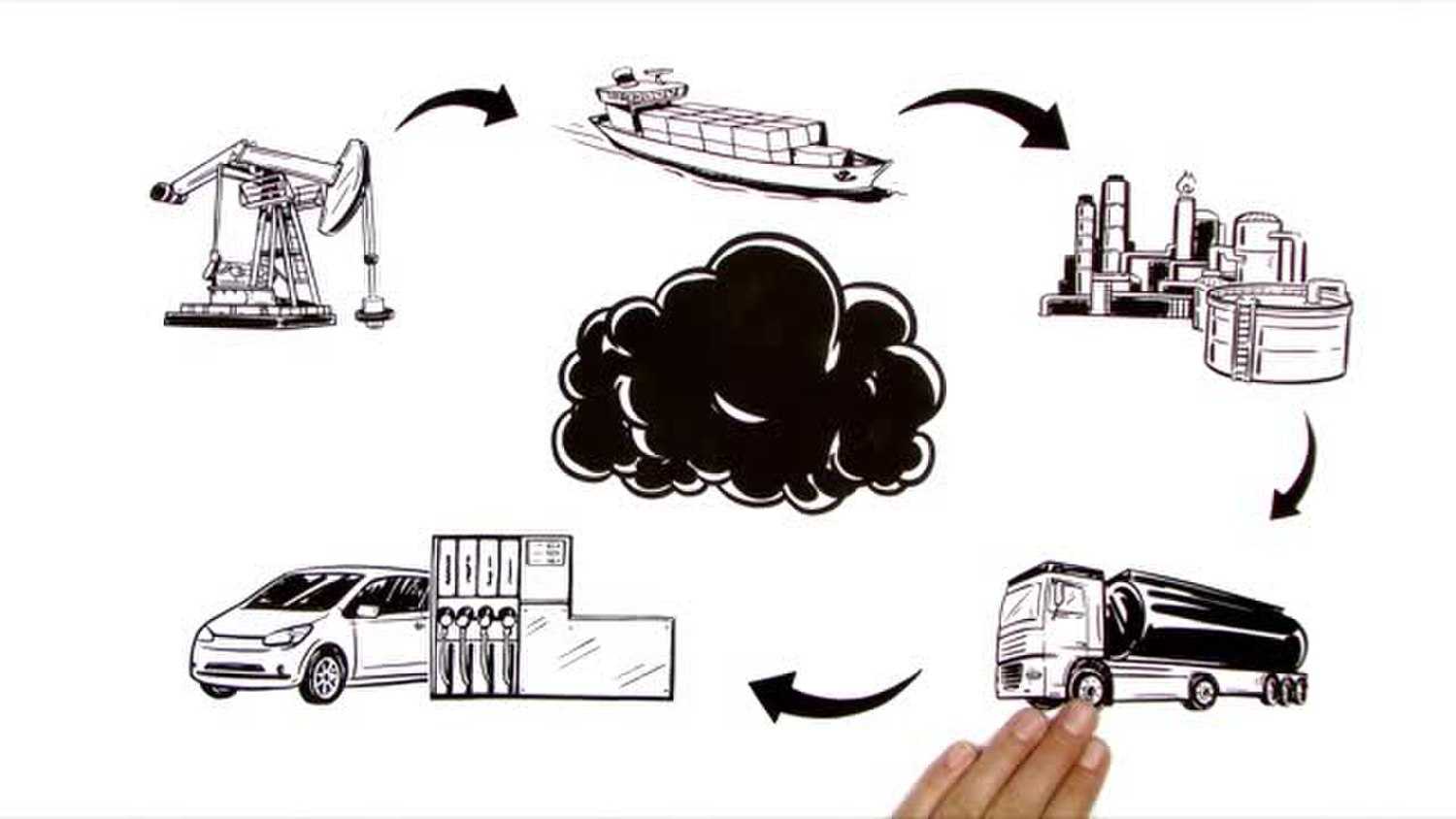 A carbon footprint is the total greenhouse gas (GHG) emissions caused by an individual, event, organization, service, place or product, expressed as carbon dioxide equivalent (CO2e).[1] Greenhouse gases, including the carbon-containing gases carbon dioxide and methane, can be emitted through the burning of fossil fuels, land clearance, and the production and consumption of food, manufactured goods, materials, wood, roads, buildings, transportation and other services.[2]

In most cases, the total carbon footprint cannot be calculated exactly because of inadequate knowledge of data about the complex interactions between contributing processes, including the influence of natural processes that store or release carbon dioxide. For this reason, Wright, Kemp, and Williams proposed the following definition of a carbon footprint:

A measure of the total amount of carbon dioxide (CO2) and methane (CH4) emissions of a defined population, system or activity, considering all relevant sources, sinks and storage within the spatial and temporal boundary of the population, system or activity of interest. Calculated as carbon dioxide equivalent using the relevant 100-year global warming potential (GWP100).[3]

The Greenhouse Gas Protocol has extended the range of gases.

The use of household carbon footprint calculators originated when oil producer BP hired Ogilvy to create an "effective propaganda" campaign to shift responsibility of climate change-causing pollution away from the corporations and institutions that created a society where carbon emissions are unavoidable and onto personal lifestyle choices. The term "carbon footprint" was also popularized by BP.[9][10]