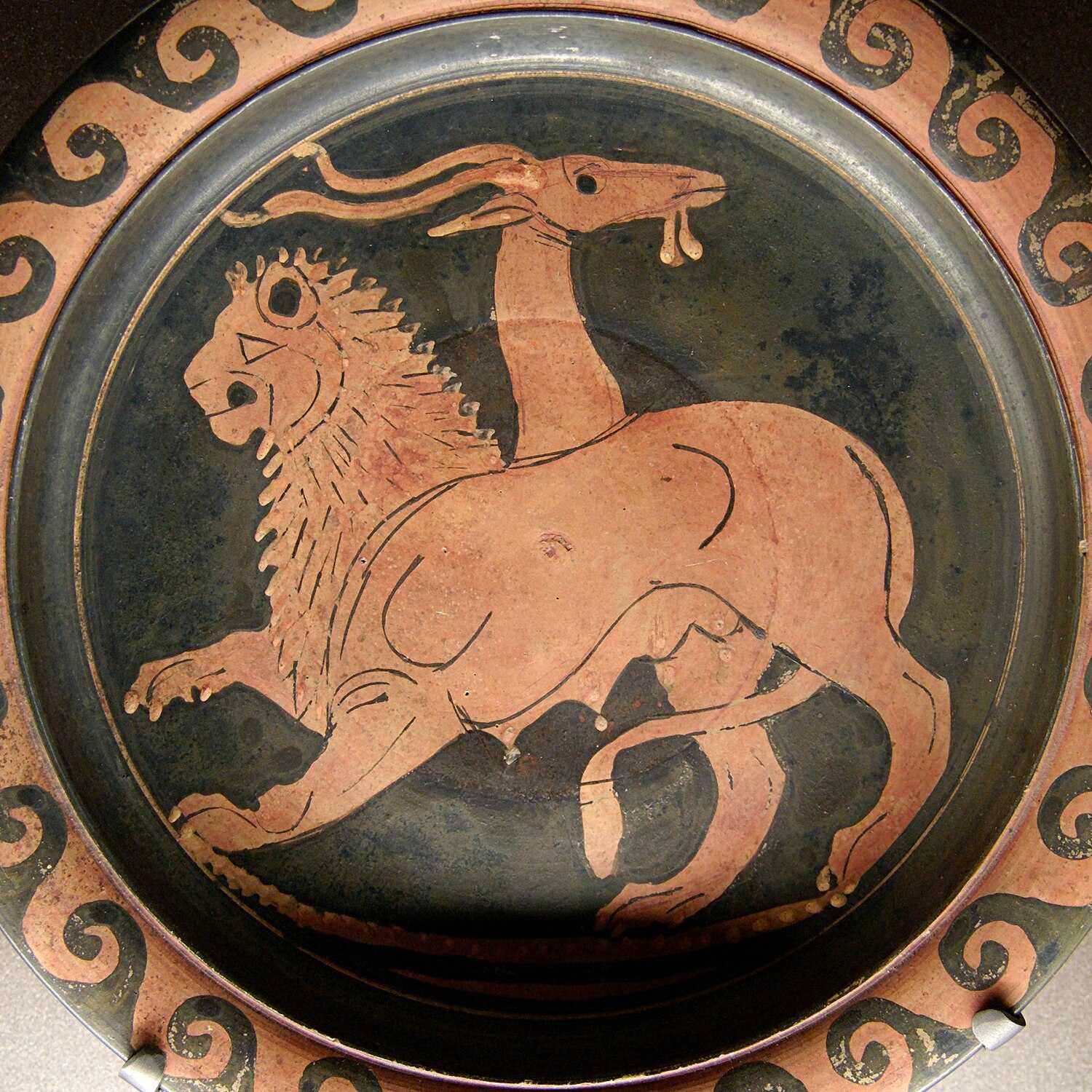 The Chimera (/kɪˈmɪərə/ or /kaɪˈmɪərə/), also Chimaera (Chimæra) (Ancient Greek: Χίμαιρα, Chímaira means 'she-goat'[1]), according to Greek mythology,[2] was a monstrous fire-breathing hybrid creature, composed of different animal parts from Lycia, Asia Minor. It is usually depicted as a lion, with the head of a goat protruding from its back, and a tail that might end with a snake's head.[3] It was an offspring of Typhon and Echidna and a sibling of monsters like Cerberus and the Lernaean Hydra.

Mythical or fictional creature with parts taken from various animals

The term "chimera" has come to describe any mythical or fictional creature with parts taken from various animals, to describe anything composed of disparate parts or perceived as wildly imaginative, implausible, or dazzling.