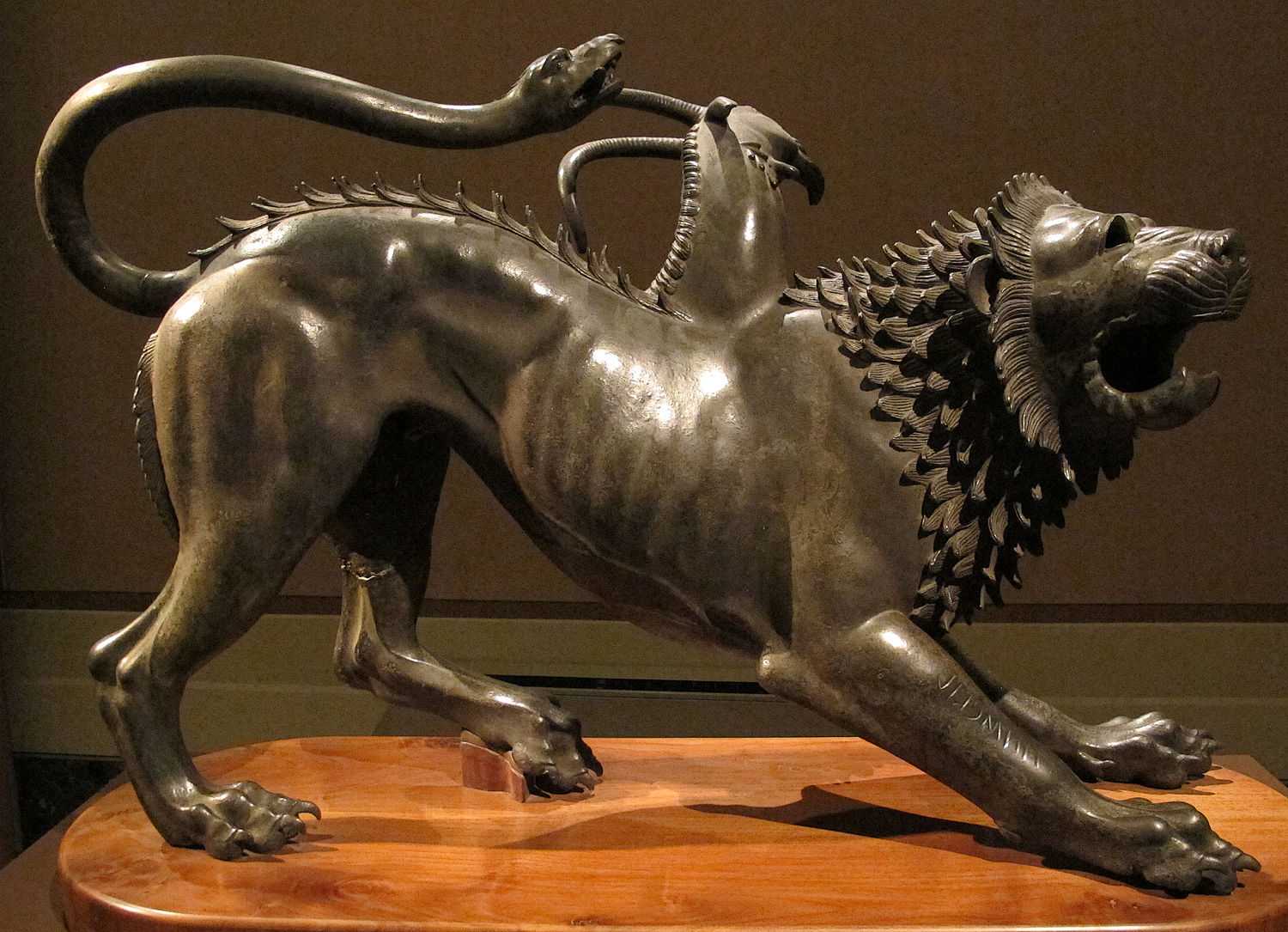 The Chimera of Arezzo is regarded as the best example of ancient Etruscan art.[1] The British art historian David Ekserdjian described the sculpture as "one of the most arresting of all animal sculptures and the supreme masterpiece of Etruscan bronze-casting".[2] Made entirely of bronze and measuring 78.5 cm high with a length of 129 cm,[3] it was found alongside a small collection of other bronze statues in Arezzo, an ancient Etruscan and Roman city in Tuscany. The statue was originally part of a larger sculptural group representing a fight between a Chimera and the Greek hero Bellerophon. This sculpture is likely to have been created as a votive offering to the Etruscan god Tinia.