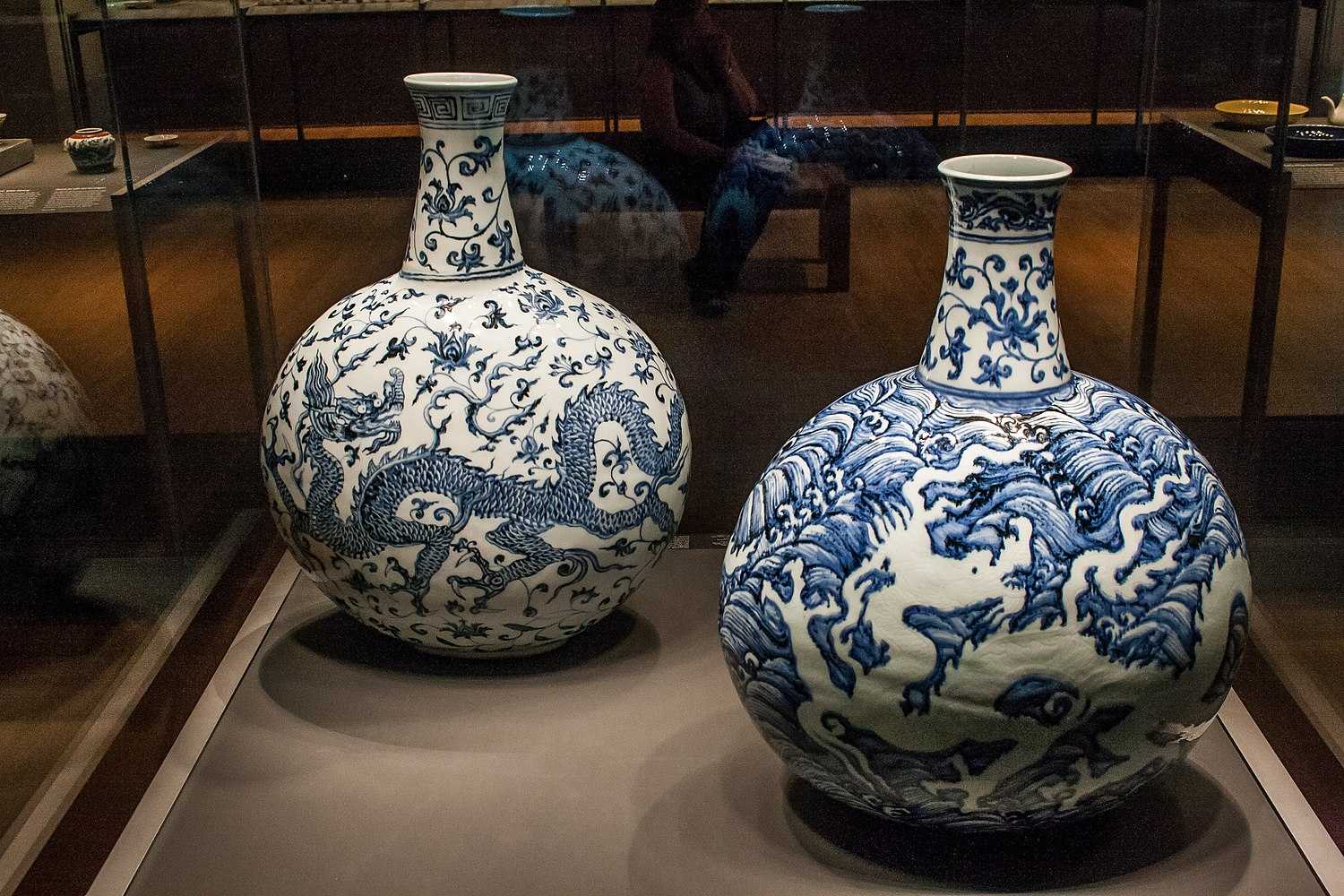 Chinese art is visual art that originated in or is practiced in China, Greater China or by Chinese artists. Art created by Chinese residing outside of China can also be considered a part of Chinese art when it is based in or draws on Chinese culture, heritage, and history. Early "Stone Age art" dates back to 10,000 BC, mostly consisting of simple pottery and sculptures. After that period, Chinese art, like Chinese history, was typically classified by the succession of ruling dynasties of Chinese emperors, most of which lasted several hundred years. The Palace Museum in Beijing and the National Palace Museum in Taipei contains extensive collections of Chinese art.[1][2] Chinese art is marked by an unusual degree of continuity within, and consciousness of, tradition, lacking an equivalent to the Western collapse and gradual recovery of Western classical styles of art. Decorative arts are extremely important in Chinese art, and much of the finest work was produced in large workshops or factories by essentially unknown artists, especially in Chinese ceramics.

Much of the best work in ceramics, textiles, carved lacquer were produced over a long period by the various Imperial factories or workshops, which as well as being used by the court was distributed internally and abroad on a huge scale to demonstrate the wealth and power of the Emperors. In contrast, the tradition of ink wash painting, practiced mainly by scholar-officials and court painters especially of landscapes, flowers, and birds, developed aesthetic values depending on the individual imagination of and objective observation by the artist that are similar to those of the West, but long pre-dated their development there. After contacts with Western art became increasingly important from the 19th century onwards, in recent decades China has participated with increasing success in worldwide contemporary art.