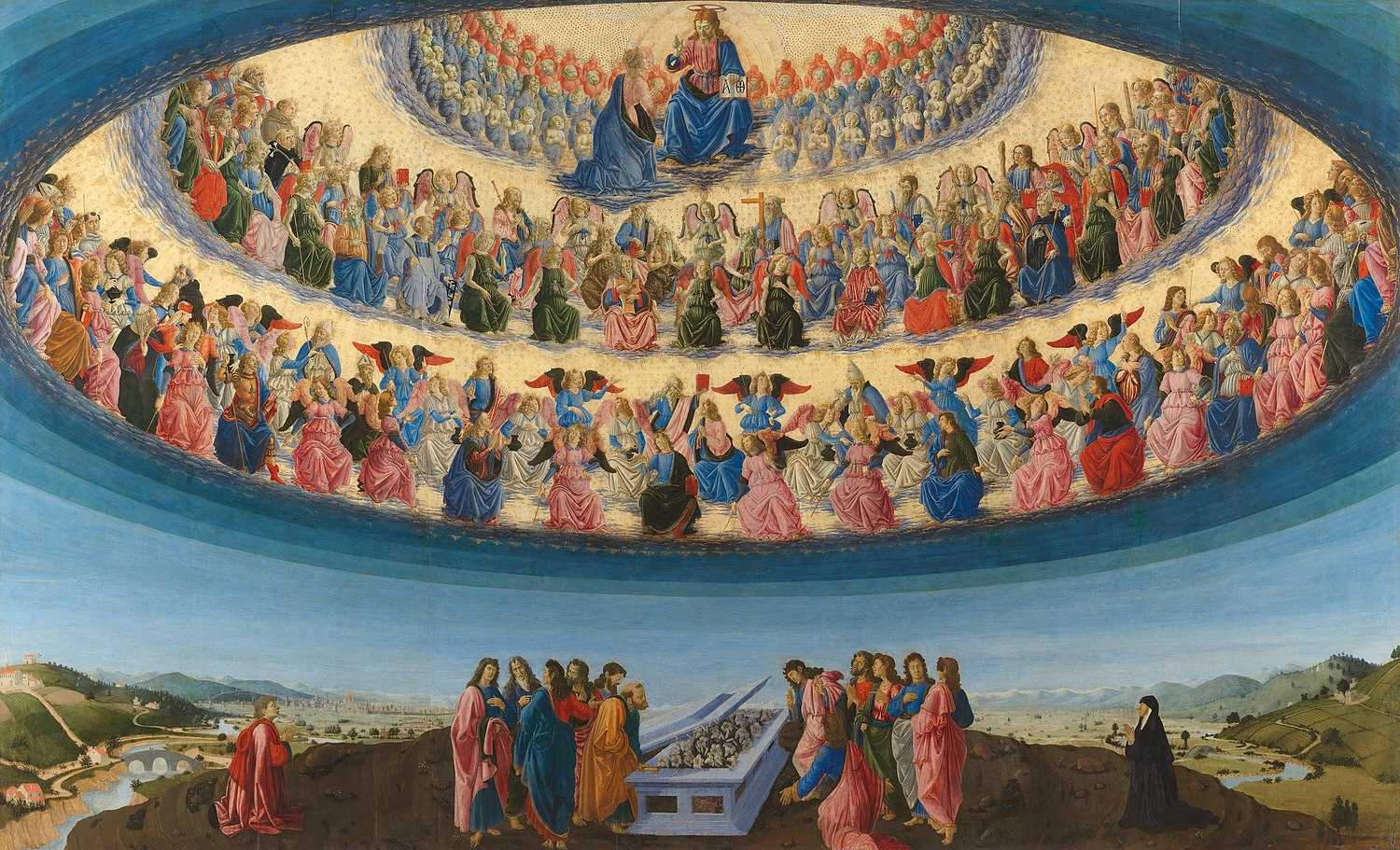 In Christianity, angels are the agents of God. Various works of Christian theology have devised hierarchies of angelic beings. The most influential Christian angelic hierarchy was put forward around the turn of the 6th century AD by Pseudo-Dionysius the Areopagite in his work De Coelesti Hierarchia (On the Celestial Hierarchy). He claimed to be an important figure who was converted by Paul the Apostle, who authored most of the New Testament, and his work enjoyed greater influence than it would have if he had used his actual name, until Erasmus publicised doubts about the age of the work in the early 16th century.[1]

Study of angels in Christianity

Angels are organized into several orders, or "Angelic Choirs".[2][3]

As referred to in the theological doctrine of the communion of saints, in paradise there is a common and unique vision of the truth and contemplation of the face of God, without any kind of difference between angels or human souls. The Summa theologiae states that there exists different degree in respect of the creation, about the power of intercession to God and of direct entrustment in the human lives.