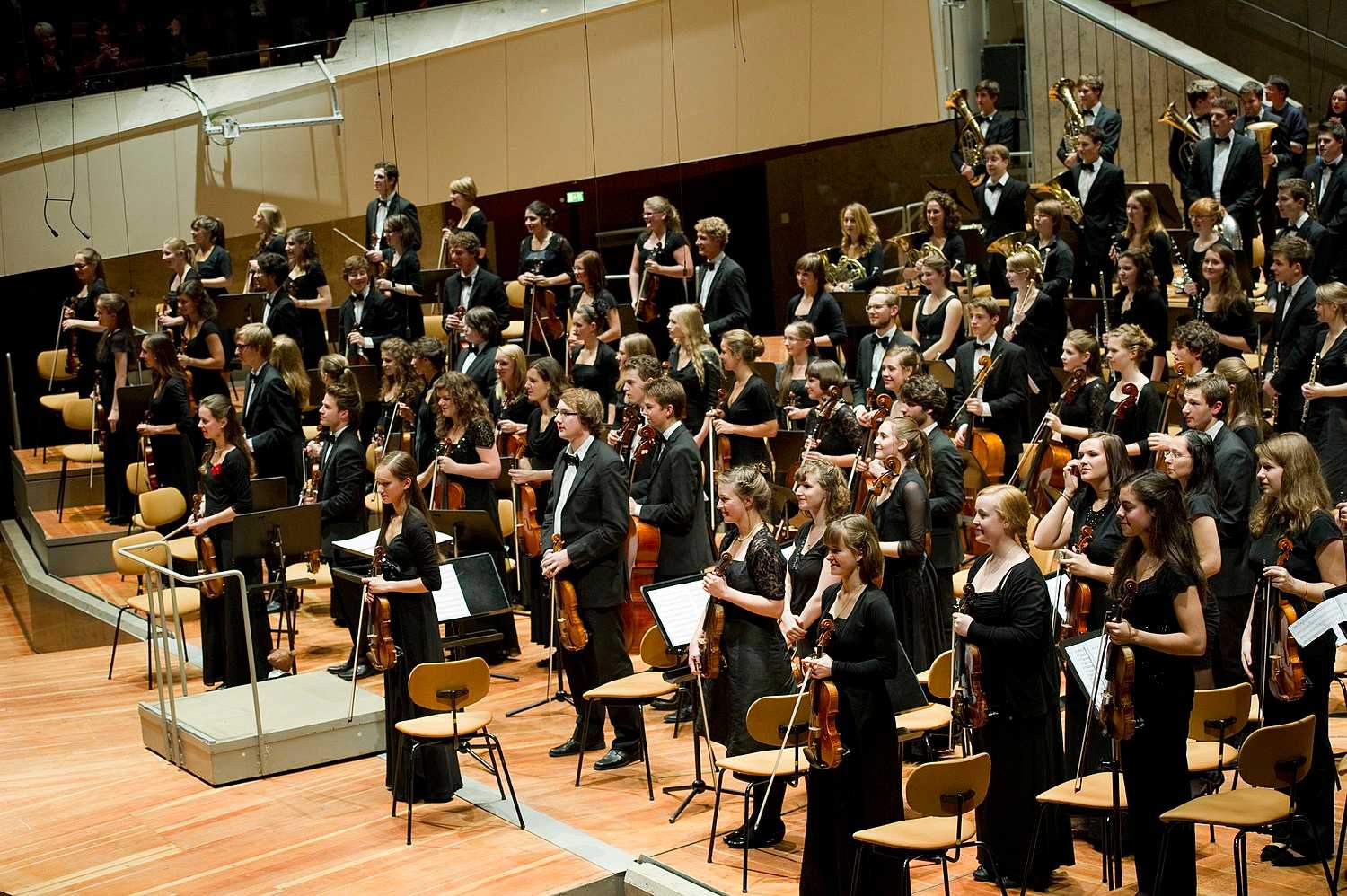 Classical music generally refers to the art music of the Western world, considered to be distinct from Western folk music or popular music traditions. It is sometimes distinguished as Western classical music, as the term "classical music" also applies to non-Western art music. Classical music is often characterized by formality and complexity in its musical form and harmonic organization,[1] particularly with the use of polyphony.[2] Since at least the ninth century it has been primarily a written tradition,[2] spawning a sophisticated notational system, as well as accompanying literature in analytical, critical, historiographical, musicological and philosophical practices. A foundational component of Western Culture, classical music is frequently seen from the perspective of individual or groups of composers, whose compositions, personalities and beliefs have fundamentally shaped its history.

Rooted in the patronage of churches and royal courts in Western Europe,[1] surviving early medieval music is chiefly religious, monophonic and vocal, with the music of ancient Greece and Rome influencing its thought and theory. The earliest extant music manuscripts date from the Carolingian Empire (800–888),[3] around the time which Western plainchant gradually unified into what is termed Gregorian chant.[4] Musical centers existed at the Abbey of Saint Gall, the Abbey of Saint Martial and Saint Emmeram's Abbey, while the 11th century saw the development of staff notation and increasing output from medieval music theorists. By the mid-12th century France became the major European musical center:[3] the religious Notre-Dame school first fully explored organized rhythms and polyphony, while secular music flourished with the troubadour and trouvère traditions led by poet-musician nobles.[5] This culminated in the court sponsored French ars nova and Italian Trecento, which evolved into ars subtilior, a stylistic movement of extreme rhythmic diversity.[5] Beginning in the early 15th century, Renaissance composers of the influential Franco-Flemish School built off the harmonic principles in the English contenance angloise, bringing choral music to new standards, particularly the mass and motet.[6] Northern Italy soon emerged as the central musical region, where the Roman School engaged in highly sophisticated methods of polyphony in genres such as the madrigal,[6] which inspired the brief English Madrigal School.

The Baroque period (1580–1750) saw the relative standardization of common-practice tonality,[7] as well as the increasing importance of musical instruments, which grew into ensembles of considerable size. Italy remained dominant, being the birthplace of opera, the soloist centered concerto genre, the organized sonata form as well as the large scale vocal-centered genres of oratorio and cantata. The fugue technique championed by Johann Sebastian Bach exemplified the Baroque tendency for complexity, and as a reaction the simpler and song-like galant music and empfindsamkeit styles were developed. In the shorter but pivotal Classical period (1730–1820) composers such as Wolfgang Amadeus Mozart, Joseph Haydn, and Ludwig van Beethoven created widely admired representatives of absolute music,[8][9] including symphonies, string quartets and concertos. The subsequent Romantic music (1800–1910) focused instead on programmatic music, for which the art song, symphonic poem and various piano genres were important vessels. During this time virtuosity was celebrated, immensity was encouraged, while philosophy and nationalism were embedded—all aspects that converged in the operas of Richard Wagner. By the 20th century, stylistic unification gradually dissipated while the prominence of popular music greatly increased. Many composers actively avoided past techniques and genres in the lens of modernism, with some abandoning tonality in place of serialism, while others found new inspiration in folk melodies or impressionist sentiments. After World War II, for the first time audience members valued older music over contemporary works, a preference which has been catered to by the emergence and widespread availability of commercial recordings.[10] Trends of the mid-20th century to the present day include New Simplicity, New Complexity, Minimalism, Spectral music, and more recently Postmodern music and Postminimalism. Increasingly global, practitioners from the Americas, Africa and Asia have obtained crucial roles,[3] while symphony orchestras and opera houses now appear across the world.