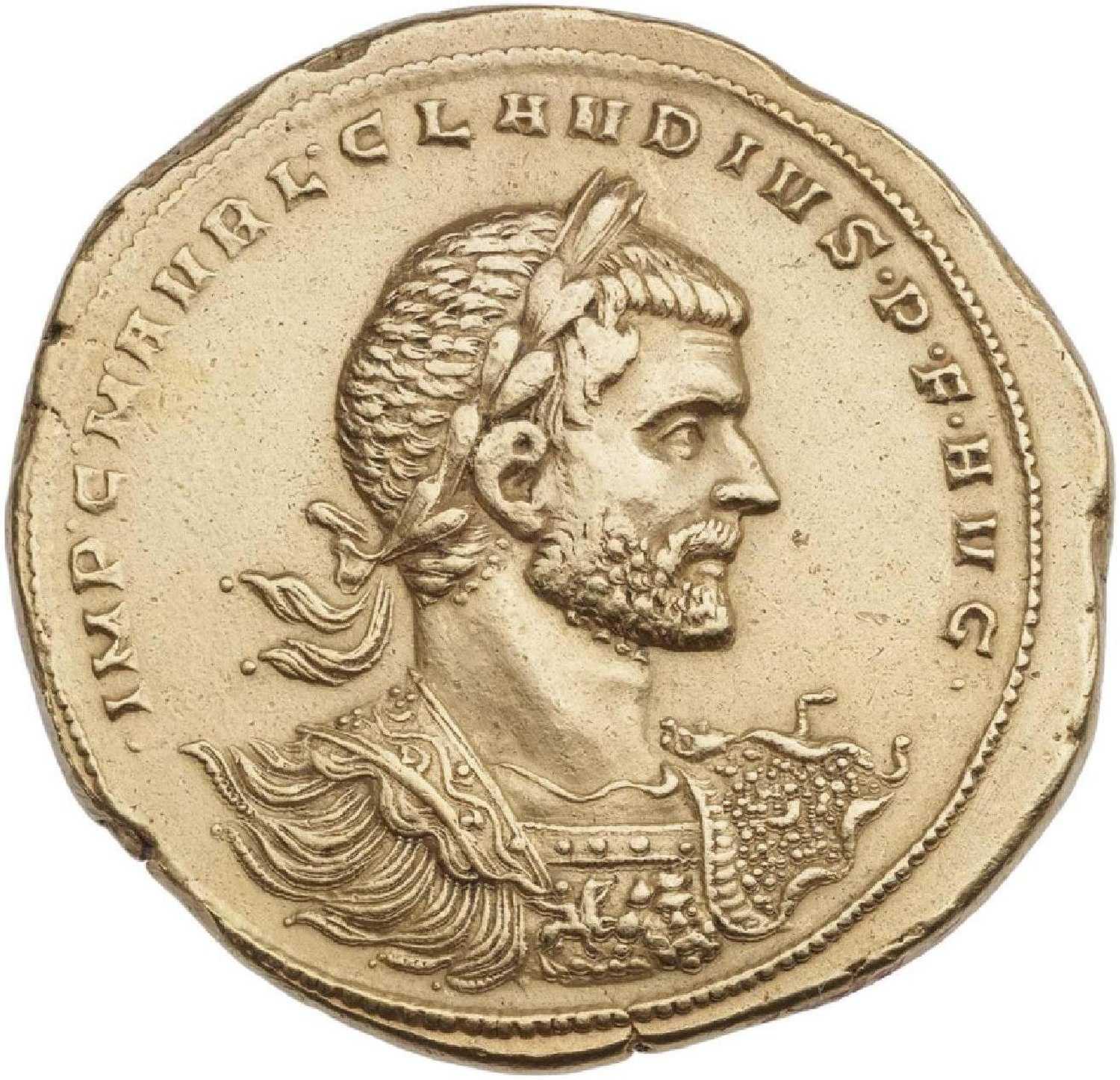 Marcus Aurelius Claudius "Gothicus" (10 May 214 – January/April 270), also known as Claudius II, was Roman emperor from 268 to 270. During his reign he fought successfully against the Alemanni and decisively defeated the Goths at the Battle of Naissus. He died after succumbing to a "pestilence", possibly the Plague of Cyprian that had ravaged the provinces of the Empire.