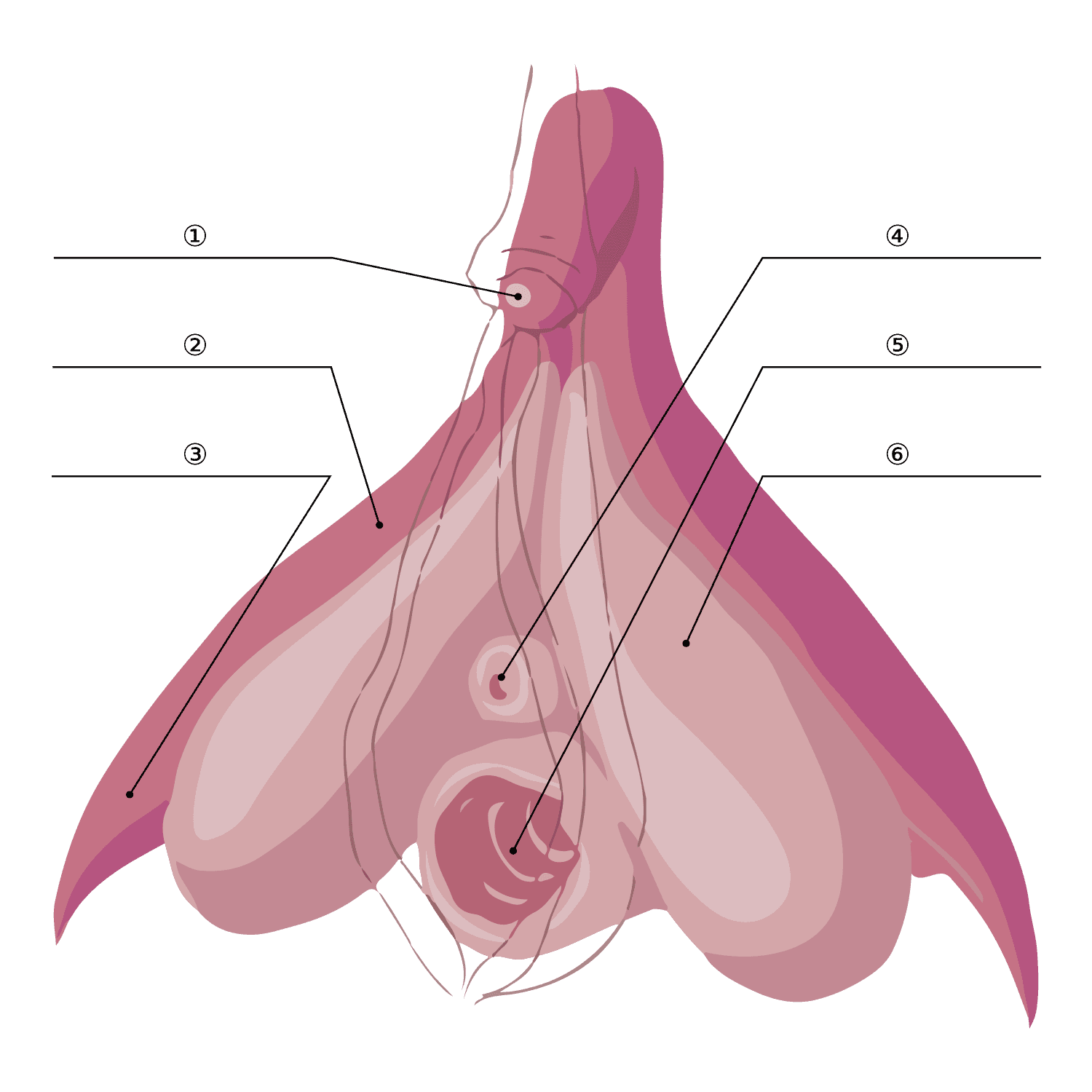 listen)) is a female sex organ present in mammals, ostriches and a limited number of other animals. In humans, the visible portion – the glans – is at the front junction of the labia minora (inner lips), above the opening of the urethra. Unlike the penis, the male homologue (equivalent) to the clitoris, it usually does not contain the distal portion (or opening) of the urethra and is therefore not used for urination. In most species, the clitoris lacks any reproductive function. While few animals urinate through the clitoris or use it reproductively, the spotted hyena, which has an especially large clitoris, urinates, mates, and gives birth via the organ. Some other mammals, such as lemurs and spider monkeys, also have a large clitoris.[1]

The clitoris is the human female's most sensitive erogenous zone and generally the primary anatomical source of human female sexual pleasure.[2] In humans and other mammals, it develops from an outgrowth in the embryo called the genital tubercle. Initially undifferentiated, the tubercle develops into either a penis or a clitoris during the development of the reproductive system depending on exposure to androgens (which are primarily male hormones). The clitoris is a complex structure, and its size and sensitivity can vary. The glans (head) of the human clitoris is roughly the size and shape of a pea and is estimated to have 8,000, and possibly more than 10,000, sensory nerve endings.[3][4]

Sexological, medical, and psychological debate have focused on the clitoris,[5] and it has been subject to social constructionist analyses and studies.[6] Such discussions range from anatomical accuracy, gender inequality, female genital mutilation, and orgasmic factors and their physiological explanation for the G-spot.[7] Although, in humans, the only known purpose of the clitoris is to provide sexual pleasure, whether the clitoris is vestigial, an adaptation, or serves a reproductive function has been debated.[8] Social perceptions of the clitoris include the significance of its role in female sexual pleasure, assumptions about its true size and depth, and varying beliefs regarding genital modification such as clitoris enlargement, clitoris piercing and clitoridectomy.[9] Genital modification may be for aesthetic, medical or cultural reasons.[9]