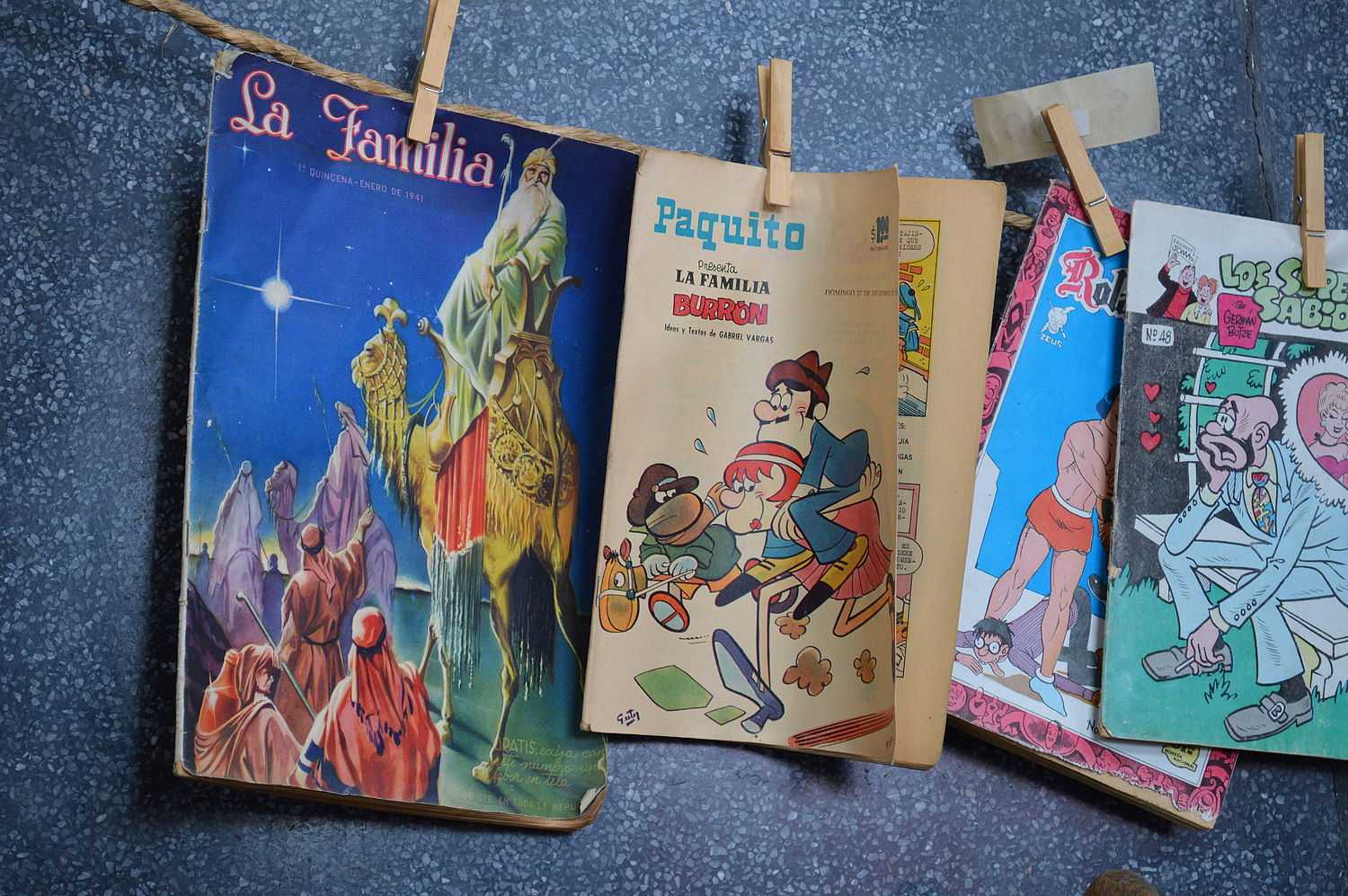 A comic book, also called comicbook,[1][2] comic magazine or (in the United Kingdom and Ireland) simply comic, is a publication that consists of comics art in the form of sequential juxtaposed panels that represent individual scenes. Panels are often accompanied by descriptive prose and written narrative, usually, dialogue contained in word balloons emblematic of the comics art form.

"Comic Cuts" was a British comic published from 1890 to 1953. It was preceded by "Ally Sloper's Half Holiday" (1884) which is notable for its use of sequential cartoons to unfold narrative. These British comics existed alongside of the popular lurid "Penny dreadfuls" (such as "Spring-heeled Jack"), boys' "Story papers" and the humorous Punch (magazine) which was the first to use the term "cartoon" in its modern sense of a humorous drawing. The interweaving of drawings and the written word had been pioneered by, among others, William Blake (1757 - 1857) in works such as Blake's "The Descent Of Christ" (1804 - 1820).

The first modern (American style) comic book, Famous Funnies, was released in the US in 1934 and was a reprinting of earlier newspaper humor comic strips, which had established many of the story-telling devices used in comics.[3] The term comic book derives from American comic books once being a compilation of comic strips of a humorous tone; however, this practice was replaced by featuring stories of all genres, usually not humorous in tone.

The largest comic book market is Japan. By 1995, the manga market in Japan was valued at ¥586.4 billion ($6–7 billion),[4] with annual sales of 1.9 billion manga books (tankōbon volumes and manga magazines) in Japan, equivalent to 15 issues per person.[5] In 2020 the manga market in Japan reached a new record value of ¥612.5 billion due to a fast growth of digital manga sales as well as an increase in print sales.[6][7] The comic book market in the United States and Canada was valued at $1.09 billion in 2016.[8] As of 2017[update], the largest comic book publisher in the United States is manga distributor Viz Media, followed by DC Comics and Marvel Comics the original feature full length special edition franchises including Superman, Batman, Wonder Woman, Spider-Man, the Incredible Hulk and the X-Men.[9] The best-selling comic book categories in the US as of 2019[update] are juvenile children's fiction at 41%, manga at 28% and superhero comics at 10% of the market.[10] Another major comic book market is France, where Franco-Belgian comics and Japanese manga each represent 40% of the market, followed by American comics at 10% market share.[11]