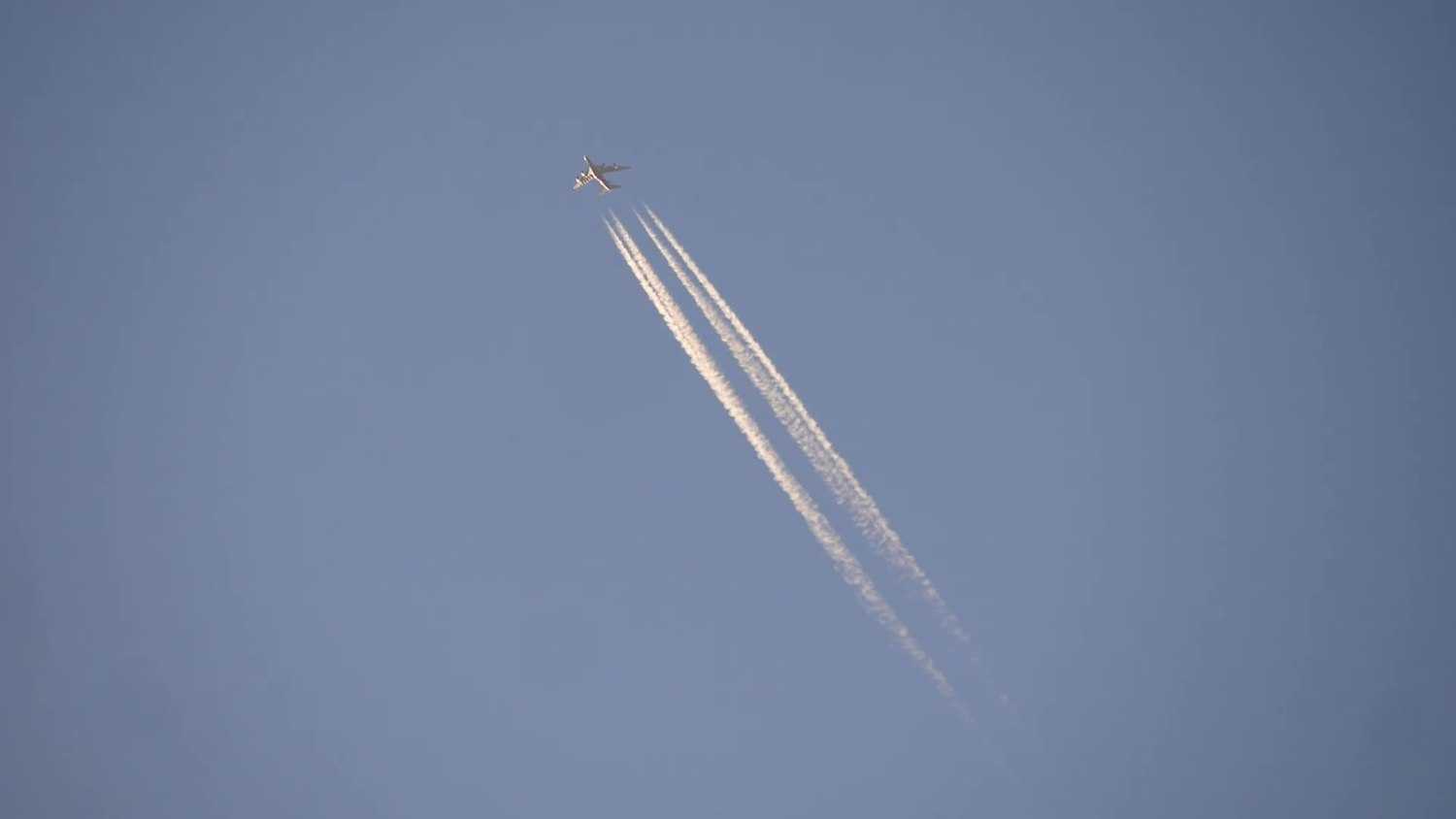 Contrails (/ˈkɒntreɪlz/; short for "condensation trails") or vapor trails are line-shaped clouds produced by aircraft engine exhaust or changes in air pressure, typically at aircraft cruising altitudes several miles above the Earth's surface. Contrails are composed primarily of water, in the form of ice crystals. The combination of water vapor in aircraft engine exhaust and the low ambient temperatures that exist at high altitudes allows the formation of the trails. Impurities in the engine exhaust from the fuel, including sulfur compounds (0.05% by weight in jet fuel) provide some of the particles that can serve as nucleation sites for water droplet growth in the exhaust. If water droplets form, they might freeze to form ice particles that compose a contrail.[1] Their formation can also be triggered by changes in air pressure in wingtip vortices or in the air over the entire wing surface.[2] Contrails, and other clouds directly resulting from human activity, are collectively named homogenitus.[3]

Depending on the temperature and humidity at the altitude the contrails form, they may be visible for only a few seconds or minutes, or may persist for hours and spread to be several miles wide, eventually resembling natural cirrus or altocumulus clouds.[1] Persistent contrails are of particular interest to scientists because they increase the cloudiness of the atmosphere.[1] The resulting cloud forms are formally described as homomutatus,[3] and may resemble cirrus, cirrocumulus, or cirrostratus, and are sometimes called cirrus aviaticus.[4] Some persistent spreading contrails contribute to climate change.[5]