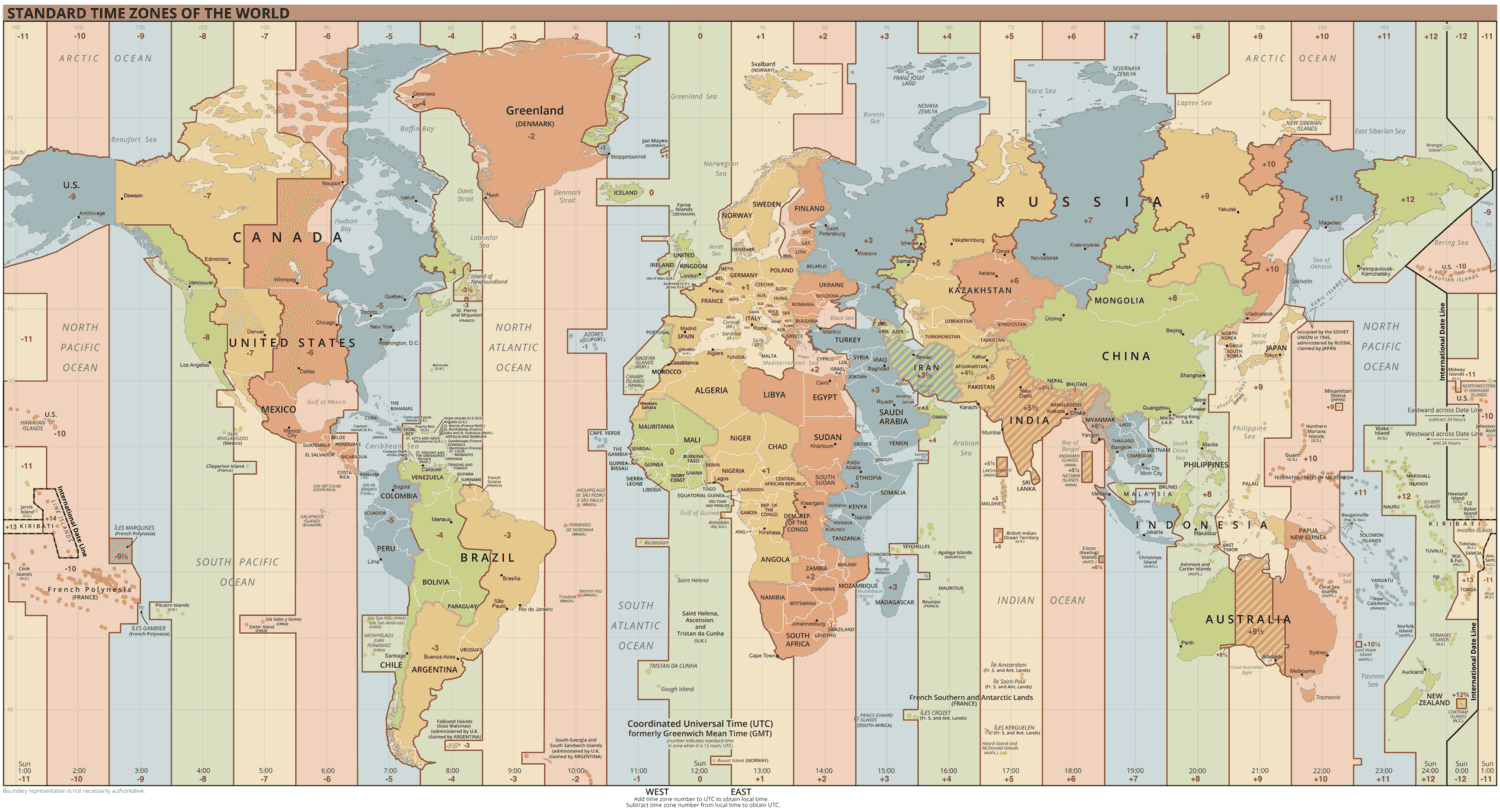 Coordinated Universal Time or UTC is the primary time standard by which the world regulates clocks and time. It is within about one second of mean solar time (such as UT1) at 0° longitude (at the IERS Reference Meridian as the currently used prime meridian) and is not adjusted for daylight saving time. It is effectively a successor to Greenwich Mean Time (GMT).

The coordination of time and frequency transmissions around the world began on 1 January 1960. UTC was first officially adopted as CCIR Recommendation 374, Standard-Frequency and Time-Signal Emissions, in 1963, but the official abbreviation of UTC and the official English name of Coordinated Universal Time (along with the French equivalent) were not adopted until 1967.[1]

The system has been adjusted several times, including a brief period during which the time-coordination radio signals broadcast both UTC and "Stepped Atomic Time (SAT)" before a new UTC was adopted in 1970 and implemented in 1972. This change also adopted leap seconds to simplify future adjustments. This CCIR Recommendation 460 "stated that (a) carrier frequencies and time intervals should be maintained constant and should correspond to the definition of the SI second; (b) step adjustments, when necessary, should be exactly 1 s to maintain approximate agreement with Universal Time (UT); and (c) standard signals should contain information on the difference between UTC and UT."[2]

The General Conference on Weights and Measures adopted a resolution to alter UTC with a new system that would eliminate leap seconds by 2035.[3]

The current version of UTC is defined by International Telecommunication Union Recommendation (ITU-R TF.460-6), Standard-frequency and time-signal emissions,[4] and is based on International Atomic Time (TAI) with leap seconds added at irregular intervals to compensate for the accumulated difference between TAI and time measured by Earth's rotation.[5] Leap seconds are inserted as necessary to keep UTC within 0.9 seconds of the UT1 variant of universal time.[6] See the "Current number of leap seconds" section for the number of leap seconds inserted to date.