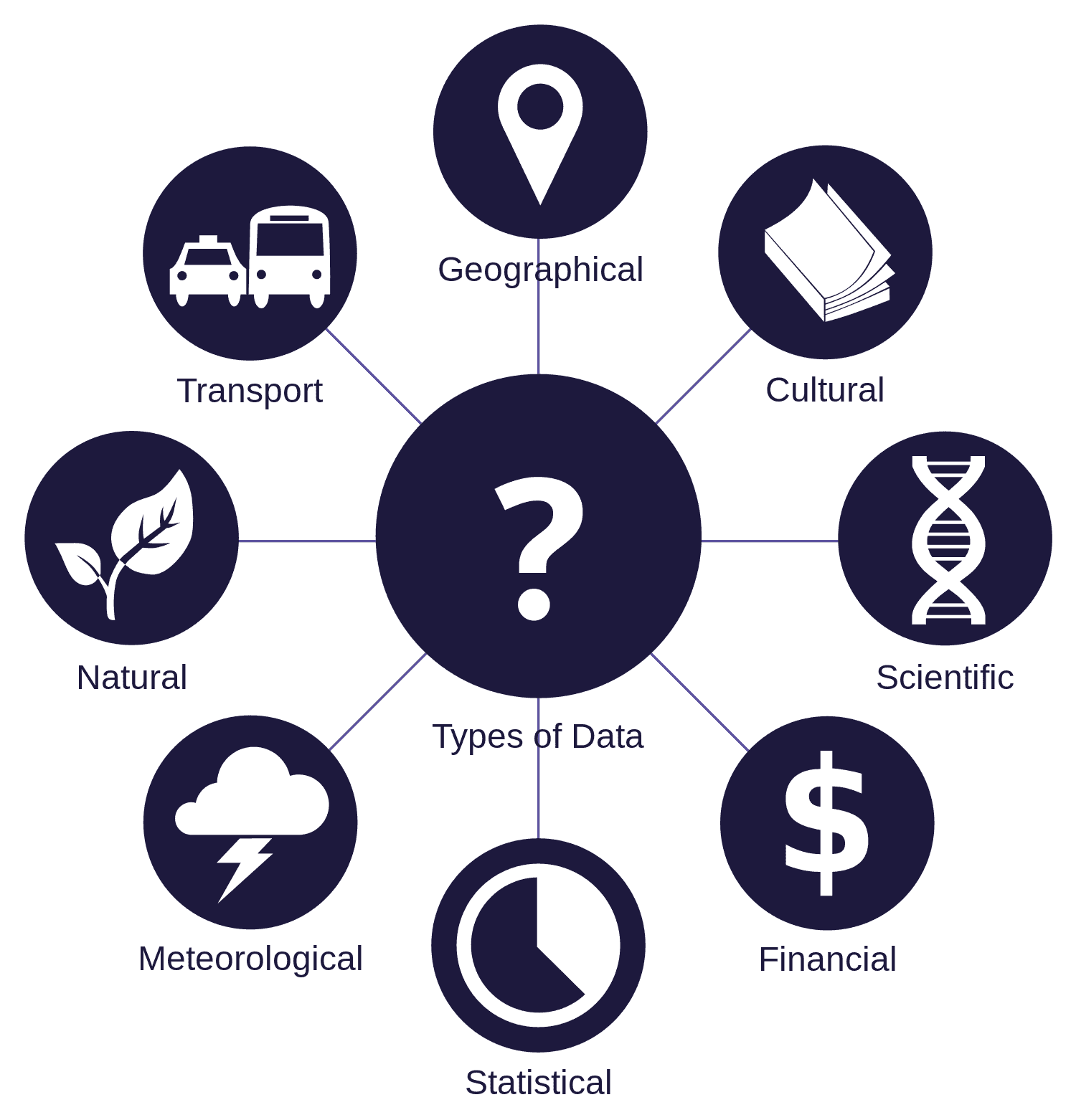 In the pursuit of knowledge, data (US: /ˈdætə/; UK: /ˈdeɪtə/) are a collection of discrete values that convey information, describing quantity, quality, fact, statistics, other basic units of meaning, or simply sequences of symbols that may be further interpreted. A datum is an individual value in a collection of data. Data are usually organized into structures such as tables that provide additional context and meaning, and which may themselves be used as data in larger structures. Data may be used as variables in a computational process.[1][2] Data may represent abstract ideas or concrete measurements.[3] Data are commonly used in scientific research, finance, and in virtually every other form of human organizational activity. Examples of data sets include stock prices, crime rates, unemployment rates, literacy rates, and census data. In this context, data represents the raw facts and figures which can be used in such a manner in order to capture the useful information out of it.

Data are collected using techniques such as measurement, observation, query, or analysis, and typically represented as numbers or characters which may be further processed. Field data are data that are collected in an uncontrolled in-situ environment. Experimental data are data that are generated in the course of a controlled scientific experiment. Data is analyzed using techniques such as calculation, reasoning, discussion, presentation, visualization, or other forms of post-analysis. Prior to analysis, raw data (or unprocessed data) is typically cleaned: Outliers are removed and obvious instrument or data entry errors are corrected.

Data are the atoms of decision making. As such, data can be seen as the smallest units of factual information that can be used as a basis for calculation, reasoning, or discussion. Data can range from abstract ideas to concrete measurements, including but not limited to, statistics. Thematically connected data presented in some relevant context can be viewed as information. Contextually connected pieces of information can then be described as data insights or intelligence. The stock of insights and intelligence that accumulates over time resulting from the synthesis of data into information, can then be described as knowledge. Data has been described as "the new oil of the digital economy".[4][5] Data, as a general concept, refers to the fact that some existing information or knowledge is represented or coded in some form suitable for better usage or processing.

Advances in computing technologies have led to the advent of ''Big Data''. Big Data usually refers to very large quantities of data, usually at the petabyte scale. Using traditional data analysis methods and computing, working with such large (and growing) datasets is difficult, even impossible. (Theoretically speaking, infinite data would yield infinite information, which would render extracting insights or intelligence impossible.) In response, the relatively new field of ''Data Science'' uses machine learning (and other Artificial Intelligence (AI)) methods that allow for efficient applications of analytic methods to Big Data.