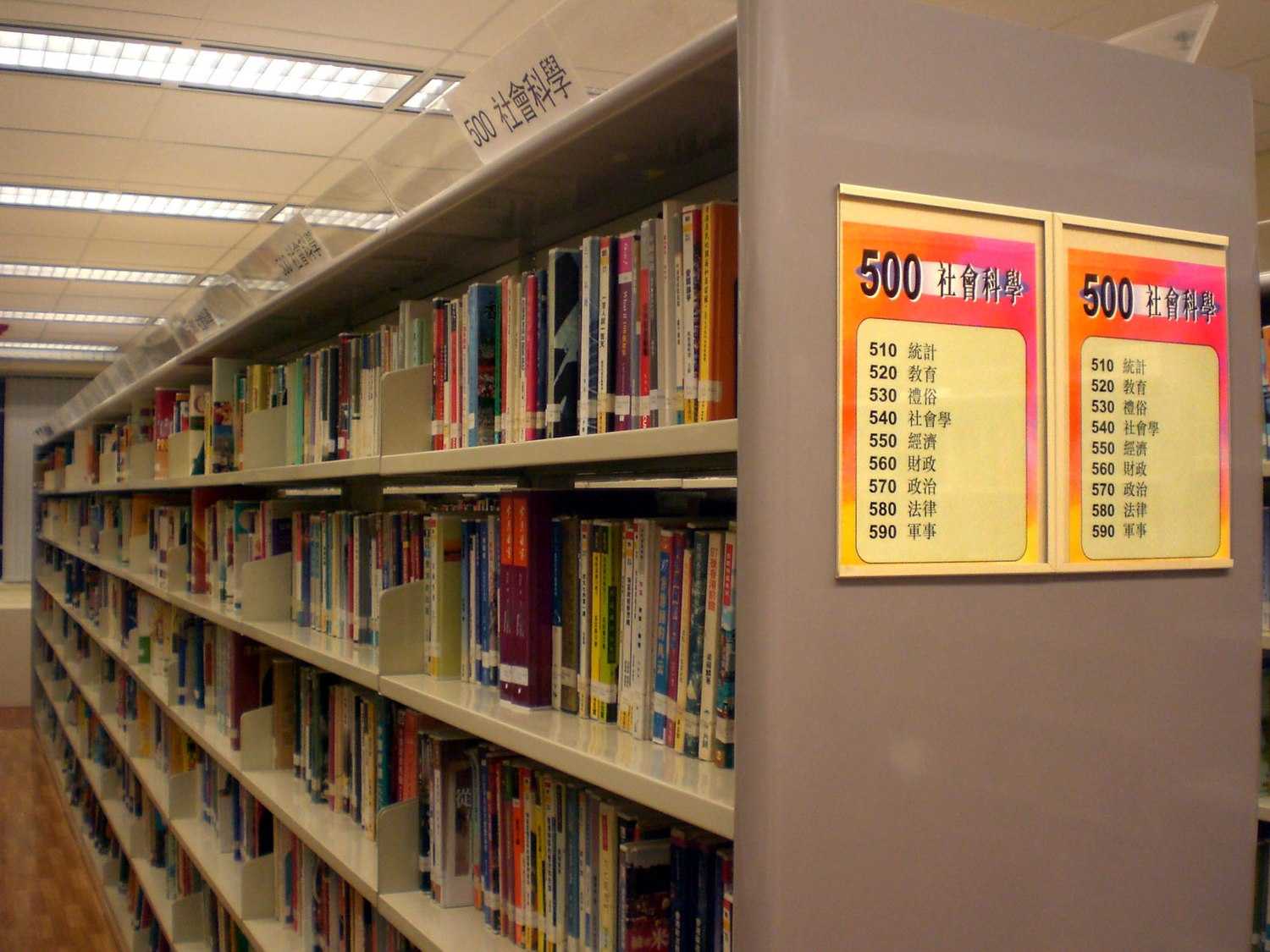 The Dewey Decimal Classification (DDC), colloquially known as the Dewey Decimal System, is a proprietary library classification system which allows new books to be added to a library in their appropriate location based on subject.[Note 1] It was first published in the United States by Melvil Dewey in 1876.[1] Originally described in a 44-page pamphlet, it has been expanded to multiple volumes and revised through 23 major editions, the latest printed in 2011. It is also available in an abridged version suitable for smaller libraries. OCLC, a non-profit cooperative that serves libraries, currently maintains the system and licenses online access to WebDewey, a continuously updated version for catalogers.

The decimal number classification introduced the concepts of relative location and relative index. Libraries previously had given books permanent shelf locations that were related to the order of acquisition rather than topic. The classification's notation makes use of three-digit numbers for main classes, with fractional decimals allowing expansion for further detail. Numbers are flexible to the degree that they can be expanded in linear fashion to cover special aspects of general subjects.[2] A library assigns a classification number that unambiguously locates a particular volume in a position relative to other books in the library, on the basis of its subject. The number makes it possible to find any book and to return it to its proper place on the library shelves.[Note 2] The classification system is used in 200,000 libraries in at least 135 countries.[3][4]