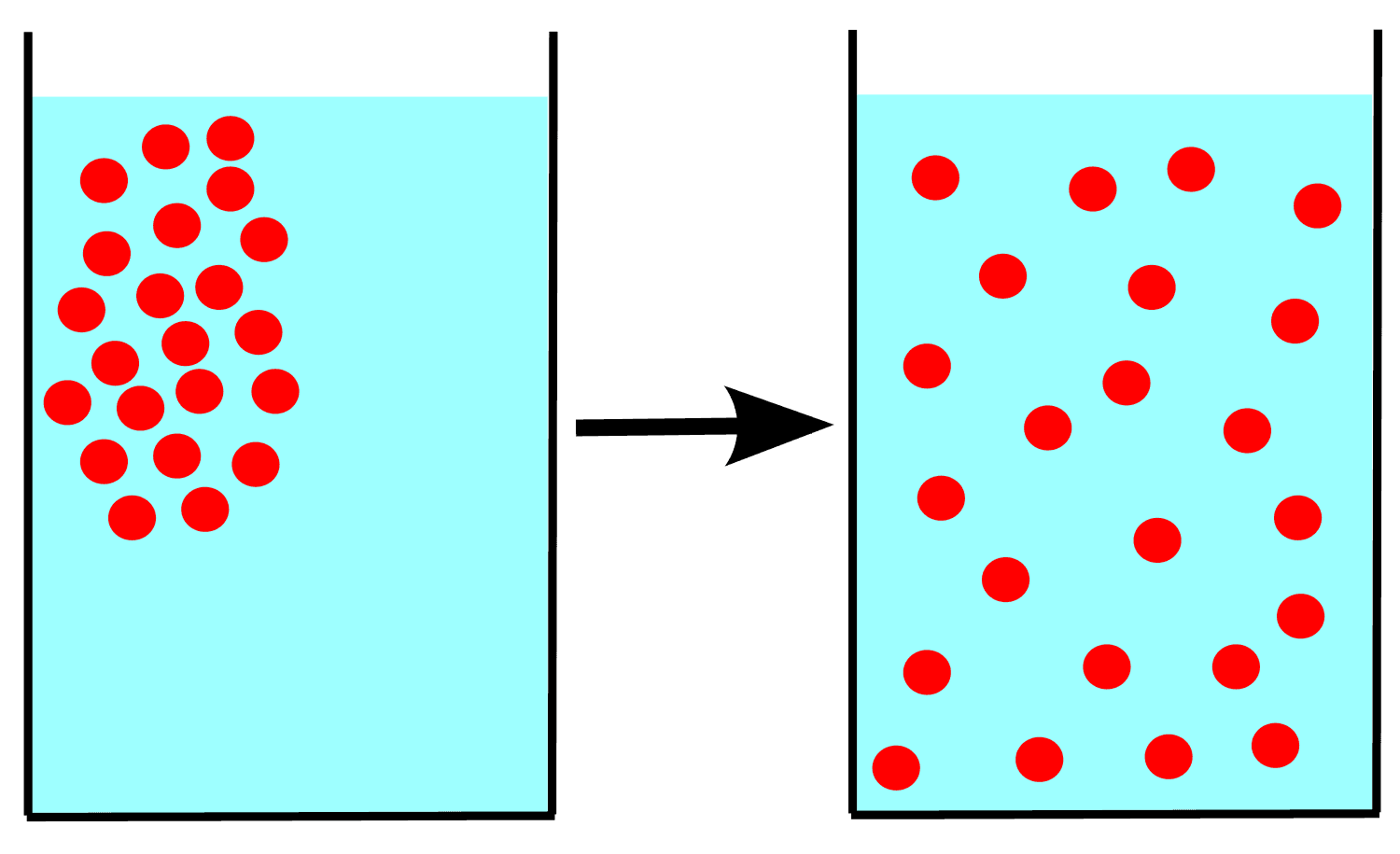 The concept of diffusion is widely used in many fields, including physics (particle diffusion), chemistry, biology, sociology, economics, and finance (diffusion of people, ideas, and price values). The central idea of diffusion, however, is common to all of these: a substance or collection undergoing diffusion spreads out from a point or location at which there is a higher concentration of that substance or collection.

The word diffusion derives from the Latin word, diffundere, which means "to spread out."

A distinguishing feature of diffusion is that it depends on particle random walk, and results in mixing or mass transport without requiring directed bulk motion. Bulk motion, or bulk flow, is the characteristic of advection.[1] The term convection is used to describe the combination of both transport phenomena.

When talking about the extent of diffusion, two length scales are used in two different scenarios: