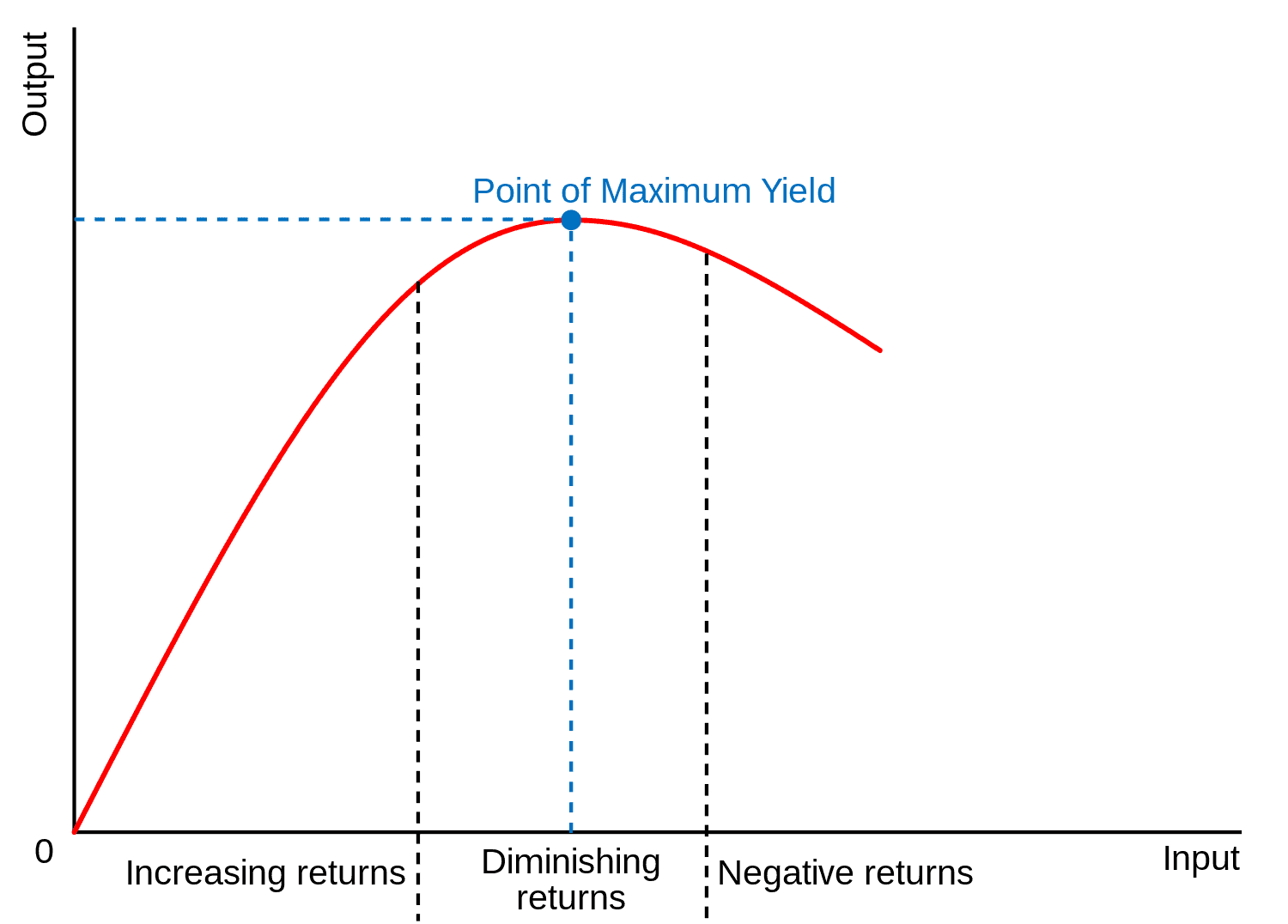 The modern understanding of the law adds the dimension of holding other outputs equal, since a given process is understood to be able to produce co-products.[4] An example would be a factory increasing its saleable product, but also increasing its CO2 production, for the same input increase.[2] The law of diminishing returns is a fundamental principle of both micro and macro economics and it plays a central role in production theory.[5]

The concept of diminishing returns can be explained by considering other theories such as the concept of exponential growth.[6] It is commonly understood that growth will not continue to rise exponentially, rather it is subject to different forms of constraints such as limited availability of resources and capitalisation which can cause economic stagnation. This example of production holds true to this common understanding as production is subject to the four factors of production which are land, labour, capital and enterprise. These factors have the ability to influence economic growth and can eventually limit or inhibit continuous exponential growth.[7] Therefore, as a result of these constraints the production process will eventually reach a point of maximum yield on the production curve and this is where marginal output will stagnate and move towards zero.[8] However it should also be considered that innovation in the form of technological advances or managerial progress can minimise or eliminate diminishing returns to restore productivity and efficiency, and to generate profit.

This idea can be understood outside of economics theory, for example, population. The population size on Earth is growing rapidly, but this will not continue forever (exponentially). Constraints such as resources will see the population growth stagnate at some point and begin to decline.[6] Similarly, it will begin to decline towards zero, but not actually become a negative value. The same idea as in the diminishing rate of return inevitable to the production process.