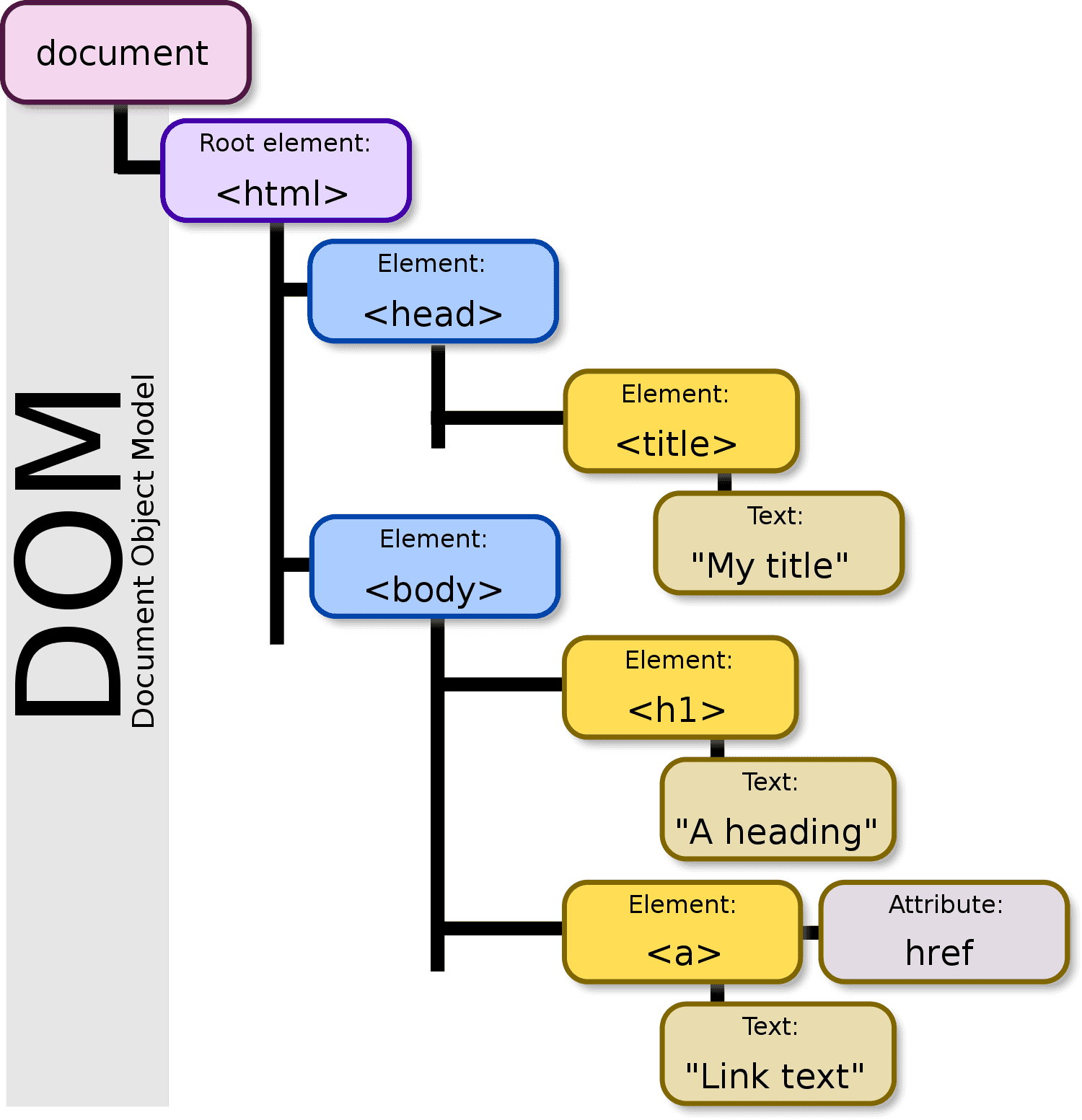 The Document Object Model (DOM) is a cross-platform and language-independent interface that treats an XML or HTML document as a tree structure wherein each node is an object representing a part of the document. The DOM represents a document with a logical tree. Each branch of the tree ends in a node, and each node contains objects. DOM methods allow programmatic access to the tree; with them one can change the structure, style or content of a document.[2] Nodes can have event handlers attached to them. Once an event is triggered, the event handlers get executed.[3]

Convention for representing and interacting with objects in HTML, XHTML and XML documents

The principal standardization of the DOM was handled by the World Wide Web Consortium (W3C), which last developed a recommendation in 2004. WHATWG took over the development of the standard, publishing it as a living document. The W3C now publishes stable snapshots of the WHATWG standard.

In HTML DOM (Document Object Model), every element is a node:[4]