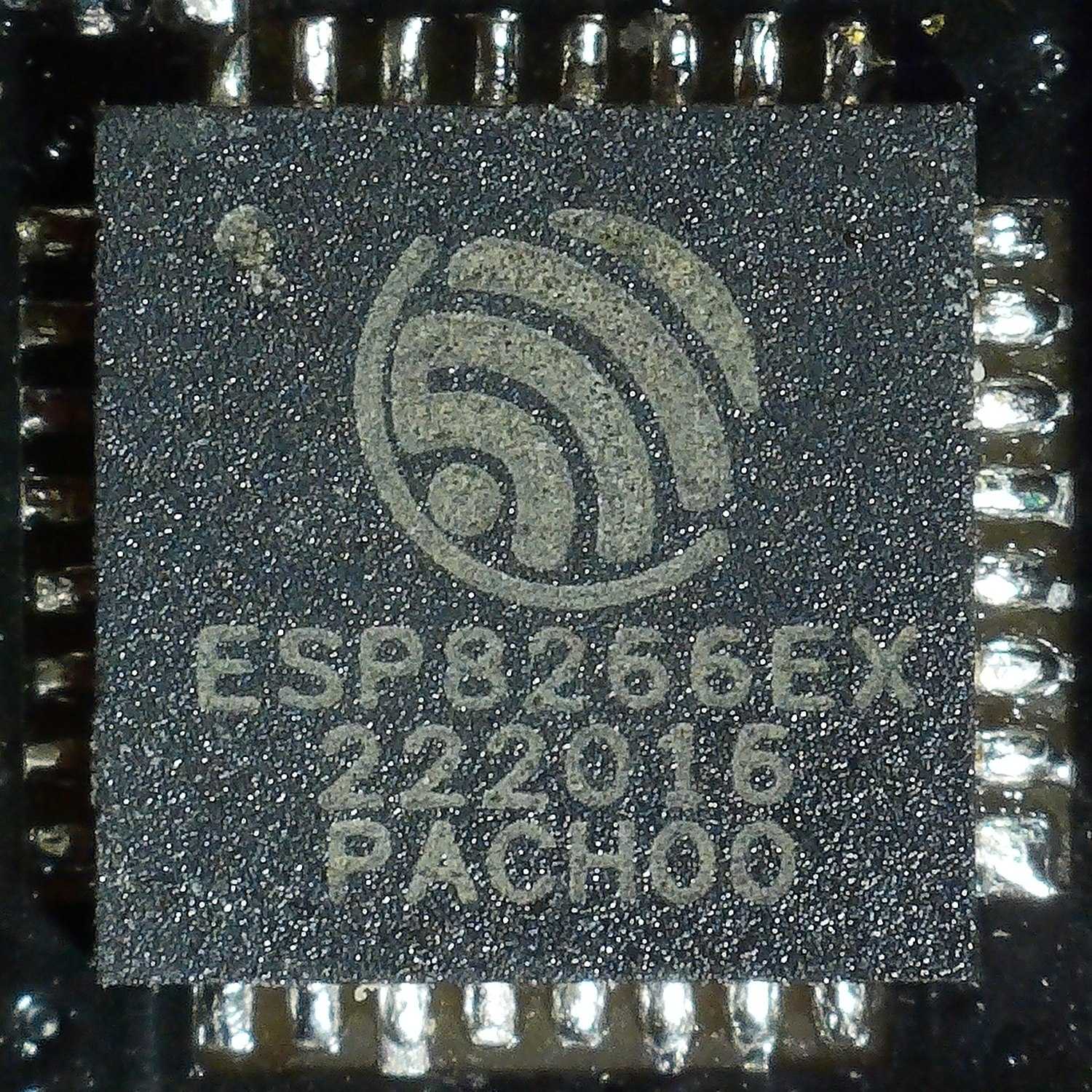 The ESP8266 is a low-cost Wi-Fi microchip, with built-in TCP/IP networking software, and microcontroller capability, produced by Espressif Systems[1] in Shanghai, China.

The chip was popularized in the English-speaking maker community in August 2014 via the ESP-01 module, made by a third-party manufacturer Ai-Thinker. This small module allows microcontrollers to connect to a Wi-Fi network and make simple TCP/IP connections using Hayes-style commands. However, at first, there was almost no English-language documentation on the chip and the commands it accepted.[2] The very low price and the fact that there were very few external components on the module, which suggested that it could eventually be very inexpensive in volume, attracted many hackers to explore the module, the chip, and the software on it, as well as to translate the Chinese documentation.[3]

The ESP8285 is a similar chip with a built-in 1 MiB flash memory, allowing the design of single-chip devices capable of connecting via Wi-Fi.[4]

These microcontroller chips have been succeeded by the ESP32 family of devices.