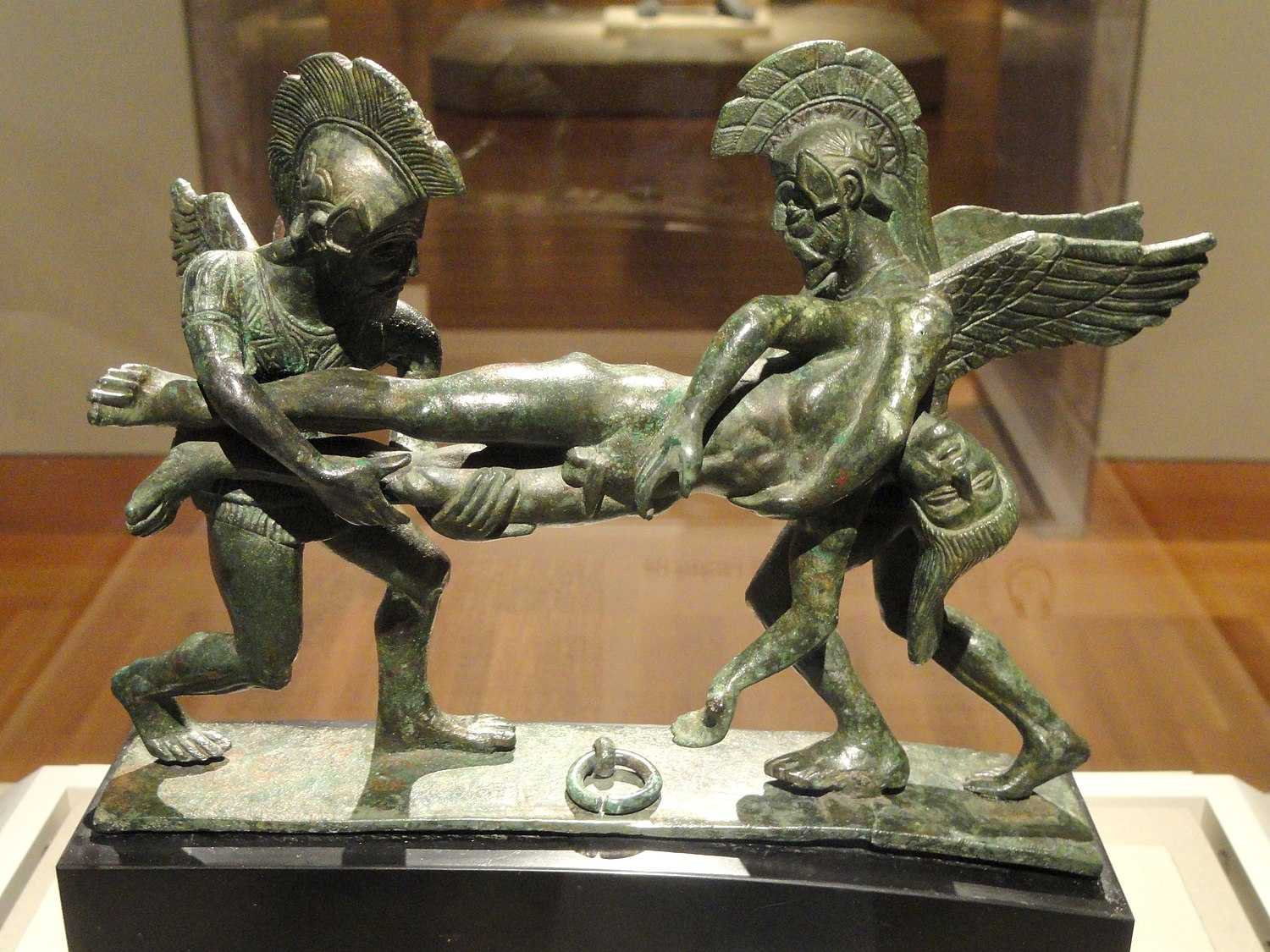 Etruscan art was produced by the Etruscan civilization in central Italy between the 10th and 1st centuries BC. From around 750 BC it was heavily influenced by Greek art, which was imported by the Etruscans, but always retained distinct characteristics. Particularly strong in this tradition were figurative sculpture in terracotta (especially life-size on sarcophagi or temples), wall-painting and metalworking especially in bronze. Jewellery and engraved gems of high quality were produced.[2]

Etruscan sculpture in cast bronze was famous and widely exported, but relatively few large examples have survived (the material was too valuable, and recycled later). In contrast to terracotta and bronze, there was relatively little Etruscan sculpture in stone, despite the Etruscans controlling fine sources of marble, including Carrara marble, which seems not to have been exploited until the Romans.

The great majority of survivals came from tombs, which were typically crammed with sarcophagi and grave goods, and terracotta fragments of architectural sculpture, mostly around temples. Tombs have produced all the fresco wall-paintings, which show scenes of feasting and some narrative mythological subjects.

Bucchero wares in black were the early and native styles of fine Etruscan pottery. There was also a tradition of elaborate Etruscan vase painting, which sprang from its Greek equivalent; the Etruscans were the main export market for Greek vases. Etruscan temples were heavily decorated with colourfully painted terracotta antefixes and other fittings, which survive in large numbers where the wooden superstructure has vanished. Etruscan art was strongly connected to religion; the afterlife was of major importance in Etruscan art.[3]