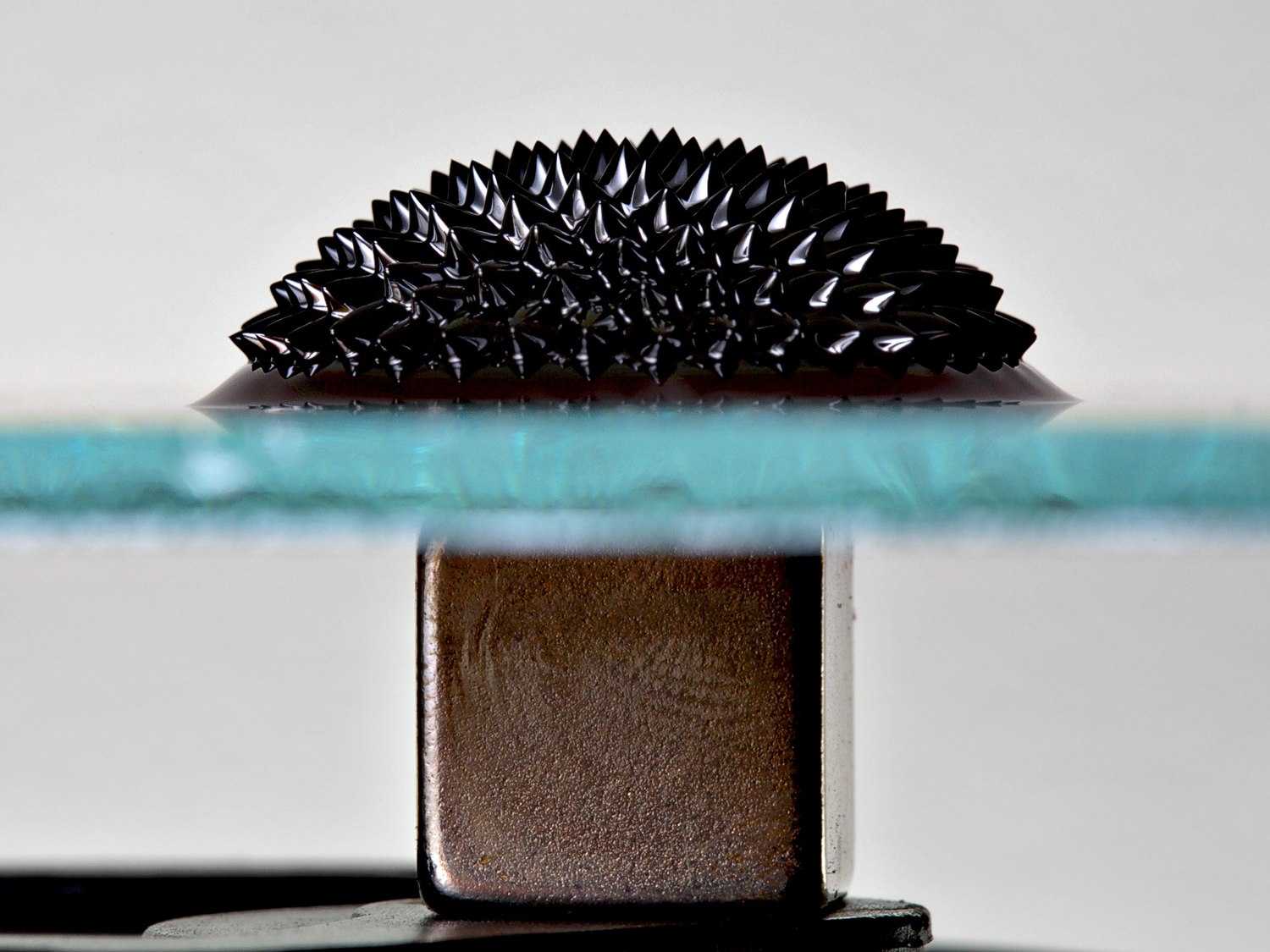 Ferrofluid is a liquid that is attracted to the poles of a magnet. It is a colloidal liquid made of nanoscale ferromagnetic or ferrimagnetic particles suspended in a carrier fluid (usually an organic solvent or water). Each magnetic particle is thoroughly coated with a surfactant to inhibit clumping. Large ferromagnetic particles can be ripped out of the homogeneous colloidal mixture, forming a separate clump of magnetic dust when exposed to strong magnetic fields. The magnetic attraction of tiny nanoparticles is weak enough that the surfactant's Van der Waals force is sufficient to prevent magnetic clumping or agglomeration. Ferrofluids usually do not retain magnetization in the absence of an externally applied field and thus are often classified as "superparamagnets" rather than ferromagnets.[1]

A process for making a ferrofluid was invented in 1963 by NASA's Steve Papell to create liquid rocket fuel that could be drawn toward a fuel pump in a weightless environment by applying a magnetic field.[2] The name ferrofluid was introduced, the process improved, more highly magnetic liquids synthesized, additional carrier liquids discovered, and the physical chemistry elucidated by R. E. Rosensweig and colleagues. In addition Rosensweig evolved a new branch of fluid mechanics termed ferrohydrodynamics which sparked further theoretical research on intriguing physical phenomena in ferrofluids.[3][4][5][6] In 2019, researchers at the University of Massachusetts and Beijing University of Chemical Technology succeeded in creating a permanently magnetic ferrofluid which retains its magnetism when the external magnetic field is removed. The researchers also found that the droplet's magnetic properties were preserved even if the shape was physically changed or it was divided.[7]