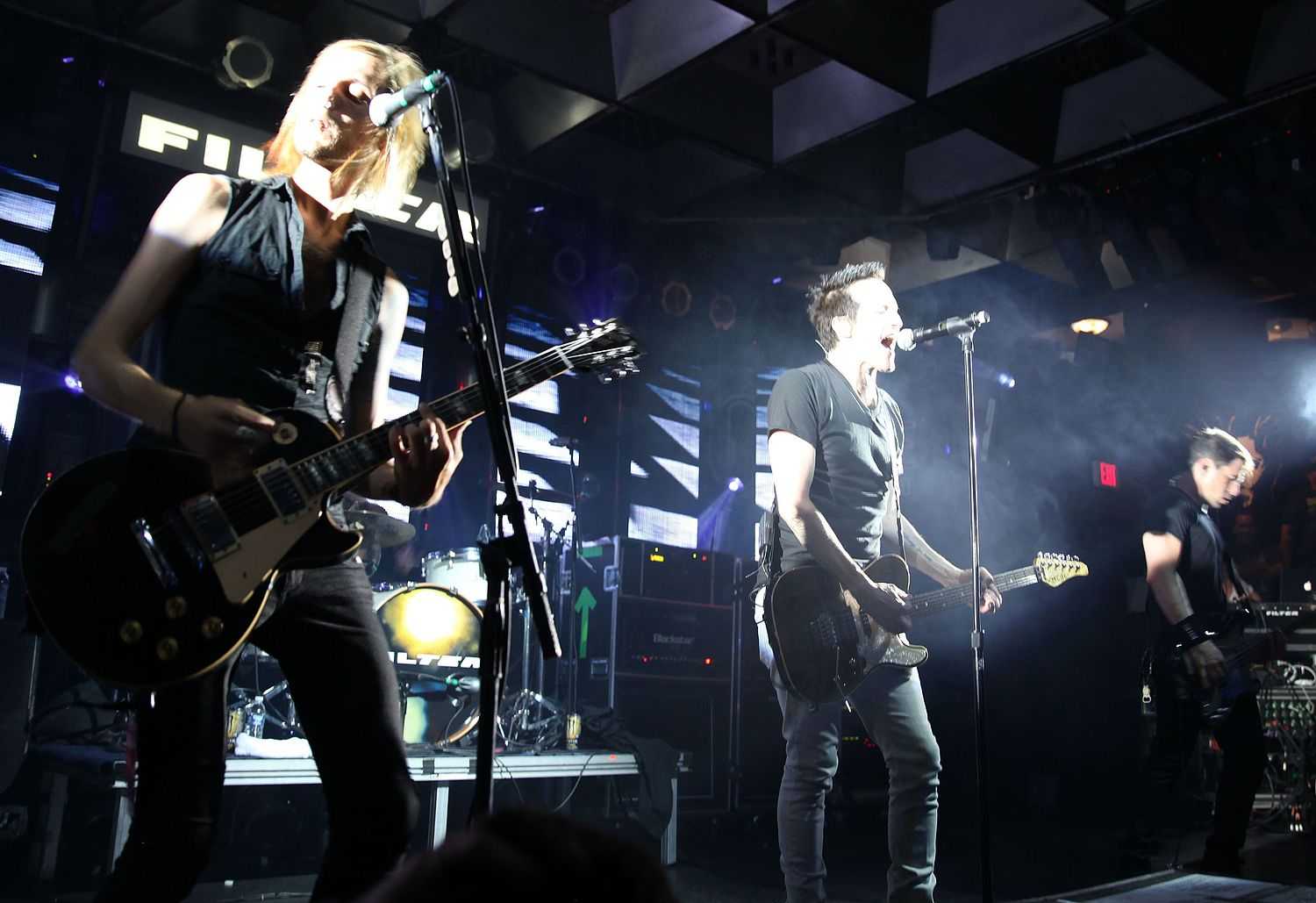 Filter is an American rock band formed in 1993 in Cleveland, Ohio, by singer Richard Patrick and guitarist and programmer Brian Liesegang. The band was formed when Patrick desired to start his own band after leaving Nine Inch Nails as their touring guitarist. Their debut album Short Bus was released in 1995 and ended up going platinum, largely due to the success of the single "Hey Man Nice Shot". After the album, the band would go through the first of many lineup changes, leaving Patrick as the only consistent member across all releases.

After Liesegang's departure in 1997, Patrick recorded a follow up album with the Short Bus touring band members, who became full-time members thereafter. The resulting effort, 1999's Title of Record, also went platinum driven by the success of the song "Take a Picture". A third album, The Amalgamut, was released in 2002 with the same members, though sales stalled with Patrick checking into rehab after years of heavy alcohol and drug abuse just as touring for the album had begun. The band went into hiatus while Patrick went to rehab, and then formed a new band, Army of Anyone, which released one self-titled album. After Army of Anyone went into hiatus, Patrick returned to Filter, releasing Anthems for the Damned in 2008, The Trouble with Angels in 2010, and The Sun Comes Out Tonight in 2013 with a revolving door of different musicians. A seventh studio album, Crazy Eyes, recorded with Patrick and another entirely new lineup, was released on April 8, 2016. In 2018, Brian Liesegang returned to Filter to work on a new album, reBus that was meant to musically be the follow up to Short Bus. Due to the PledgeMusic bankruptcy, reBus was shelved and Patrick has since been working on a new album They've Got Us Right Where They Want Us, At Each Other's Throats, scheduled for release in spring 2023.