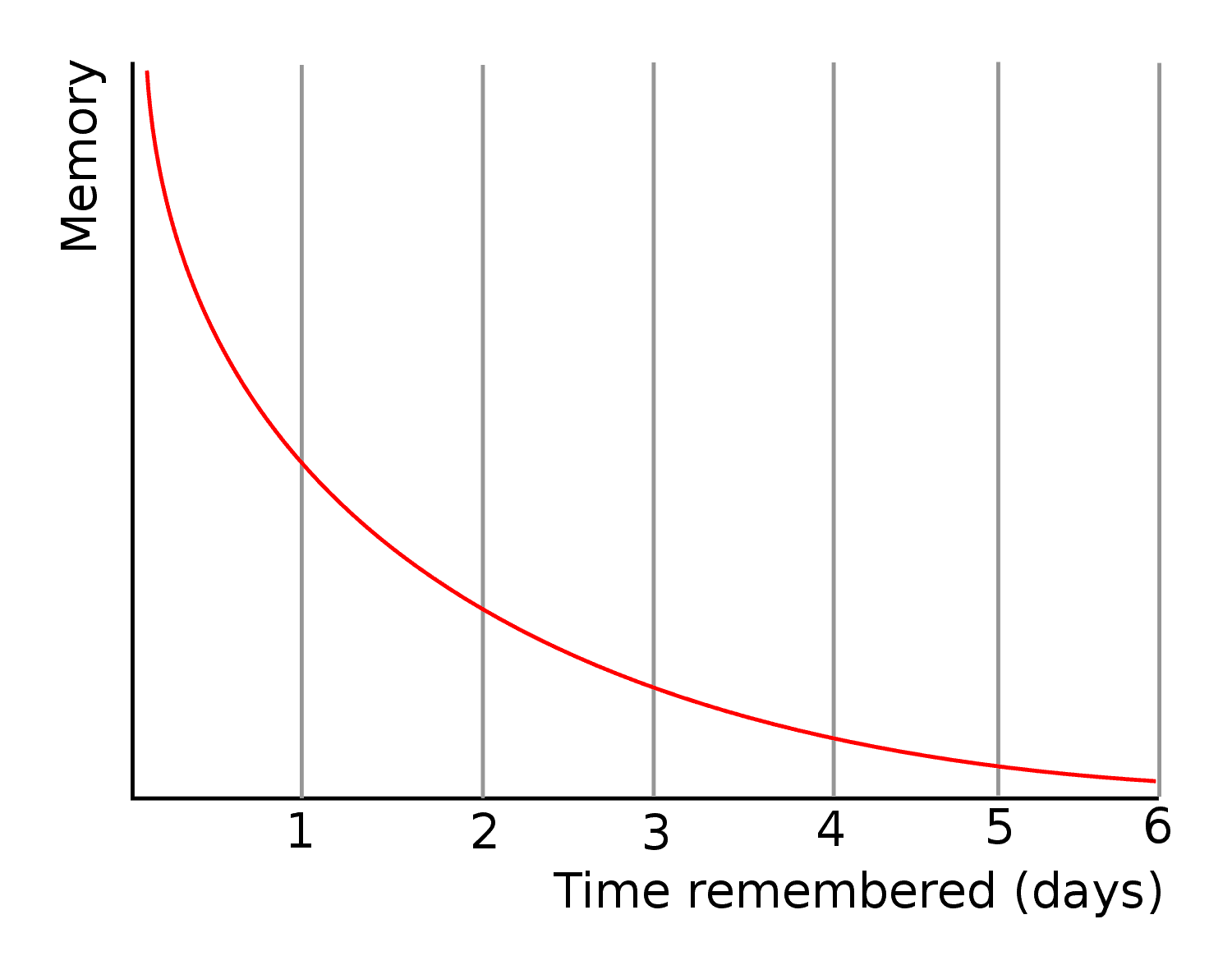 The forgetting curve hypothesizes the decline of memory retention in time. This curve shows how information is lost over time when there is no attempt to retain it.[1] A related concept is the strength of memory that refers to the durability that memory traces in the brain. The stronger the memory, the longer period of time that a person is able to recall it. A typical graph of the forgetting curve purports to show that humans tend to halve their memory of newly learned knowledge in a matter of days or weeks unless they consciously review the learned material.

Decline of memory retention in time

The forgetting curve supports one of the seven kinds of memory failures: transience, which is the process of forgetting that occurs with the passage of time.[2]