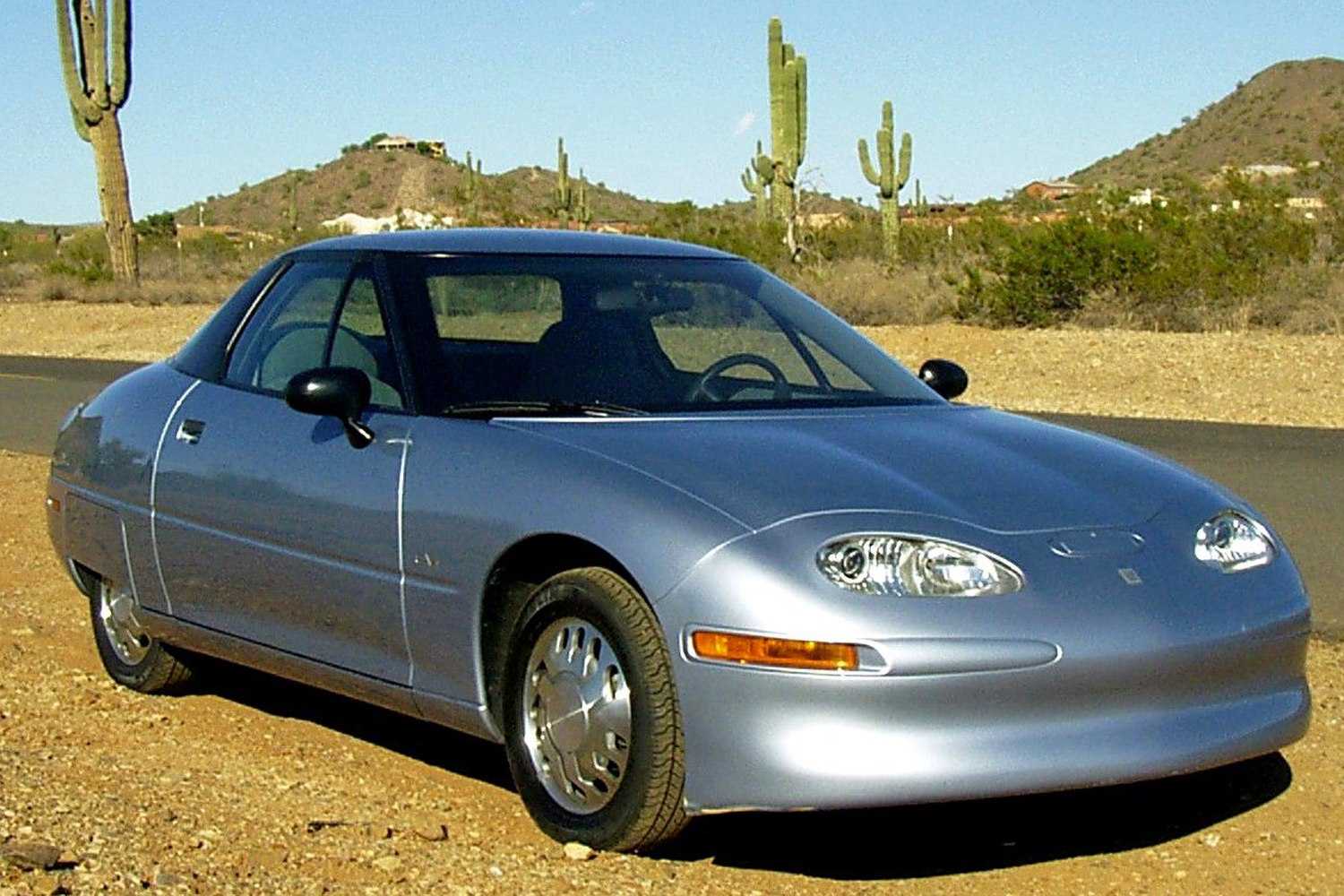 The decision to mass-produce an electric car came after GM received a favorable reception for its 1990 Impact electric concept car, upon which the design of the EV1 drew heavily. Inspired partly by the Impact's perceived potential for success, the California Air Resources Board (CARB) subsequently[when?] passed a mandate that made the production and sale of zero-emissions vehicles (ZEV) a requirement for the seven major automakers selling cars in the United States to continue to market their vehicles in California.

The EV1 was made available through limited lease-only agreements, initially to residents of the cities of Los Angeles, California, and Phoenix and Tucson, Arizona.[8] EV1 lessees were officially participants in a "real-world engineering evaluation" and market study into the feasibility of producing and marketing a commuter electric vehicle in select U.S. markets undertaken by GM's Advanced Technology Vehicles group.[9][10] The cars were not available for purchase, and could be serviced only at designated Saturn dealerships. Within a year of the EV1's release, leasing programs were also launched in San Francisco and Sacramento, California, along with a limited program in the state of Georgia.

While customer reaction to the EV1 was positive, GM believed that electric cars occupied an unprofitable niche of the automobile market, and ended up crushing most of the cars, regardless of protesting customers.[11] Furthermore, an alliance of the major automakers litigated the CARB regulation in court, resulting in a slackening of the ZEV stipulation, permitting the companies to produce super-low-emissions vehicles, natural gas vehicles, and hybrid cars in place of pure electrics. The EV1 program was subsequently discontinued in 2002, and all cars on the road were taken back by the company, under the terms of the lease. Lessees were not given the option to purchase their cars from GM, which cited parts, service, and liability regulations.[6] The majority of the EV1s taken back were crushed, with about 40 delivered to museums and educational institutes with their electric powertrains deactivated, under the agreement that the cars were not to be reactivated and driven on the road. The only intact EV1 was donated to the Smithsonian Institution.[12] General Motors also allegedly gave models to research institutions with EV1s being found in the wild near universities often in states of disrepair.[13]

The EV1's discontinuation remains controversial, with electric car enthusiasts, environmental interest groups and former EV1 lessees accusing GM of self-sabotaging its electric car program to avoid potential losses in spare parts sales (sales forced by government regulations), while also blaming the oil industry for conspiring to keep electric cars off the road.[6] During the discontinuation, film director Francis Ford Coppola hid his EV1 from General Motors and was ultimately able to keep it.[13] As a result of GM taking the cars back as the leases ended and the subsequent destruction of the majority of EV1s, an intact and working EV1 is one of the rarest cars from the 1990s.