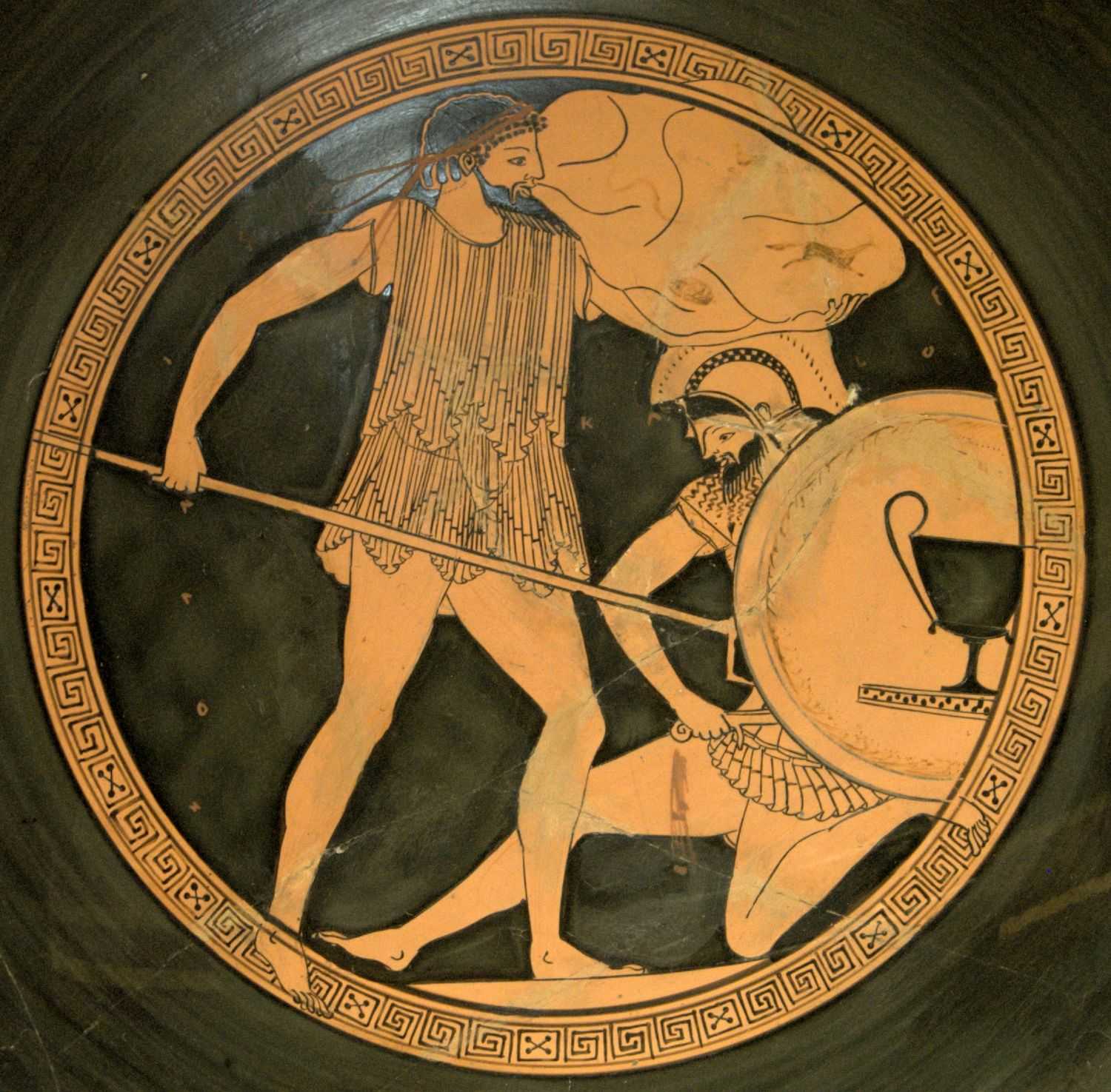 In Greek and Roman mythology, the Giants, also called Gigantes (Greek: Γίγαντες, Gígantes, singular: Γίγας, Gígas), were a race of great strength and aggression, though not necessarily of great size. They were known for the Gigantomachy (or Gigantomachia), their battle with the Olympian gods.[2] According to Hesiod, the Giants were the offspring of Gaia (Earth), born from the blood that fell when Uranus (Sky) was castrated by his Titan son Cronus.[3]

Archaic and Classical representations show Gigantes as man-sized hoplites (heavily armed ancient Greek foot soldiers) fully human in form.[4] Later representations (after c. 380 BC) show Gigantes with snakes for legs.[5] In later traditions, the Giants were often confused with other opponents of the Olympians, particularly the Titans, an earlier generation of large and powerful children of Gaia and Uranus.

The vanquished Giants were said to be buried under volcanoes and to be the cause of volcanic eruptions and earthquakes.