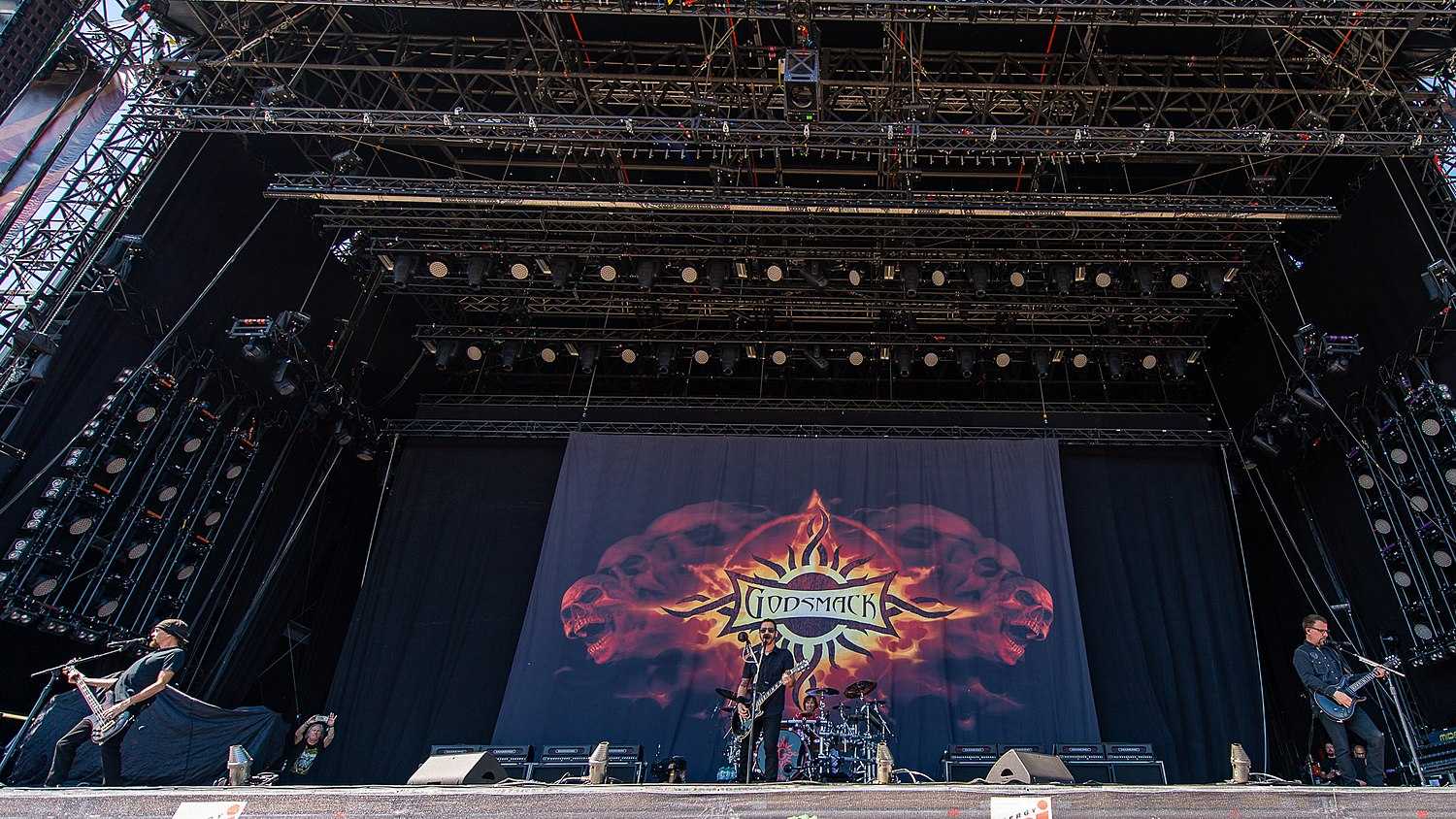 The band has released three consecutive number-one albums (Faceless, IV and The Oracle) on the Billboard 200. The band also has 25 top ten rock radio hits, including 18 songs in the top five.[1] The band's seventh album, When Legends Rise was released on April 27, 2018.

Since its inception, Godsmack has toured with Ozzfest on more than one occasion and has toured with many other large tours and festivals, including supporting its albums with its own arena tours. In honor of the band's success and the release of their sixth studio album, 1000hp, Mayor Marty Walsh declared August 6 as "Godsmack Day" in the city of Boston.[2]