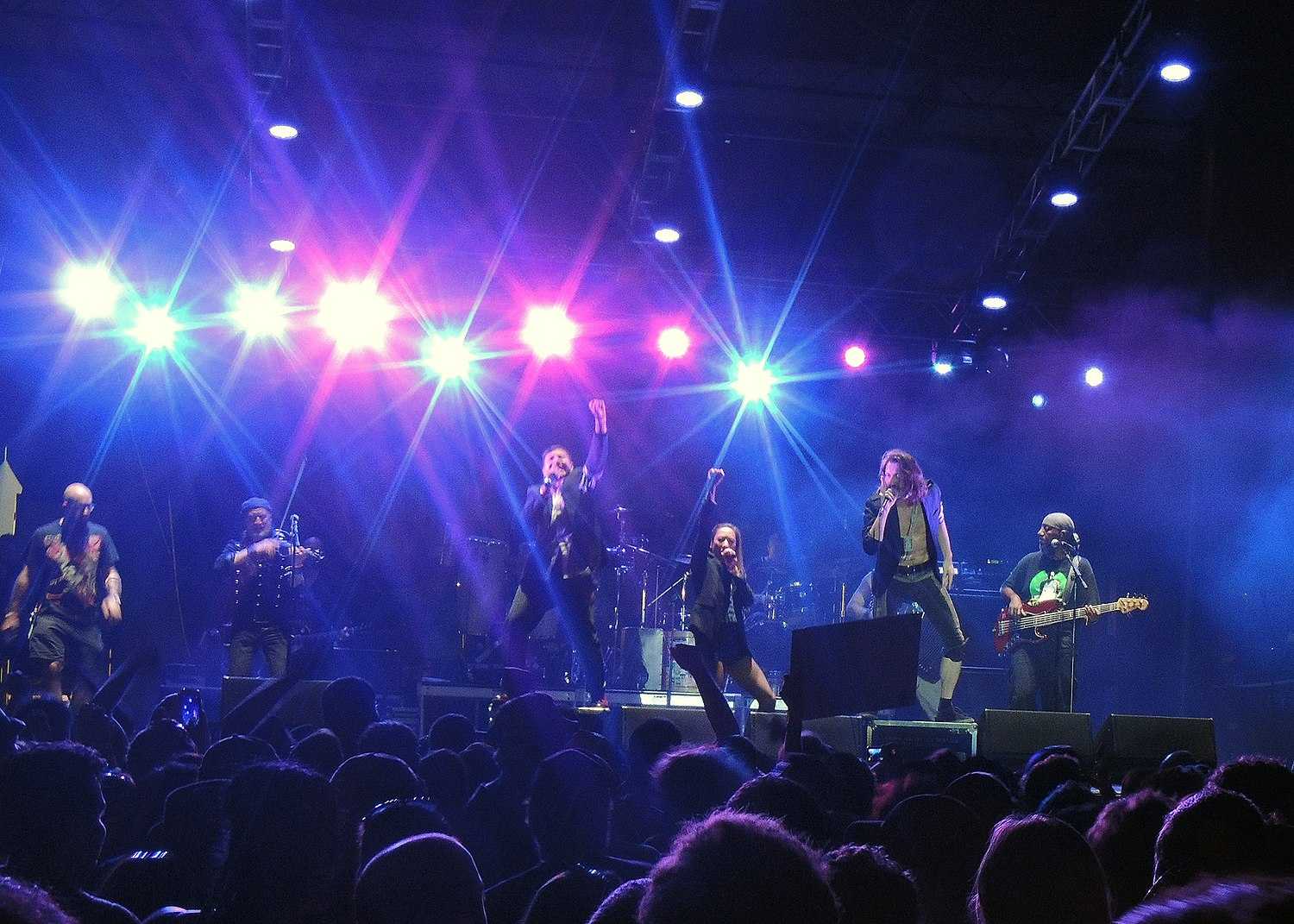 Gogol Bordello is an American punk rock band from the Lower East Side of Manhattan, formed in 1999 by musicians from all over the world and known for theatrical stage shows and persistent touring. Much of the band's sound is inspired by Romani music mixed with punk and dub, incorporating accordion and violin (and on some albums, saxophone).[3]

The band has appeared in several popular films, most notably Everything Is Illuminated (2005) in which lead singer Eugene Hütz co-starred with Elijah Wood in a dramedy/adventure story about the Nazi purges in Ukraine. The group appears playing a brass band in a set that included the "Star-Spangled Banner" and the traditional Yiddish song "Bublitschki". Gogol Bordello contributed the song "Start Wearing Purple" to the film's score. The band is the focus of the 2008 documentary Gogol Bordello Non-Stop. The band recorded the song "Let's Get Crazy" for Coca-Cola's Euro 2012 advertising campaign.[4]