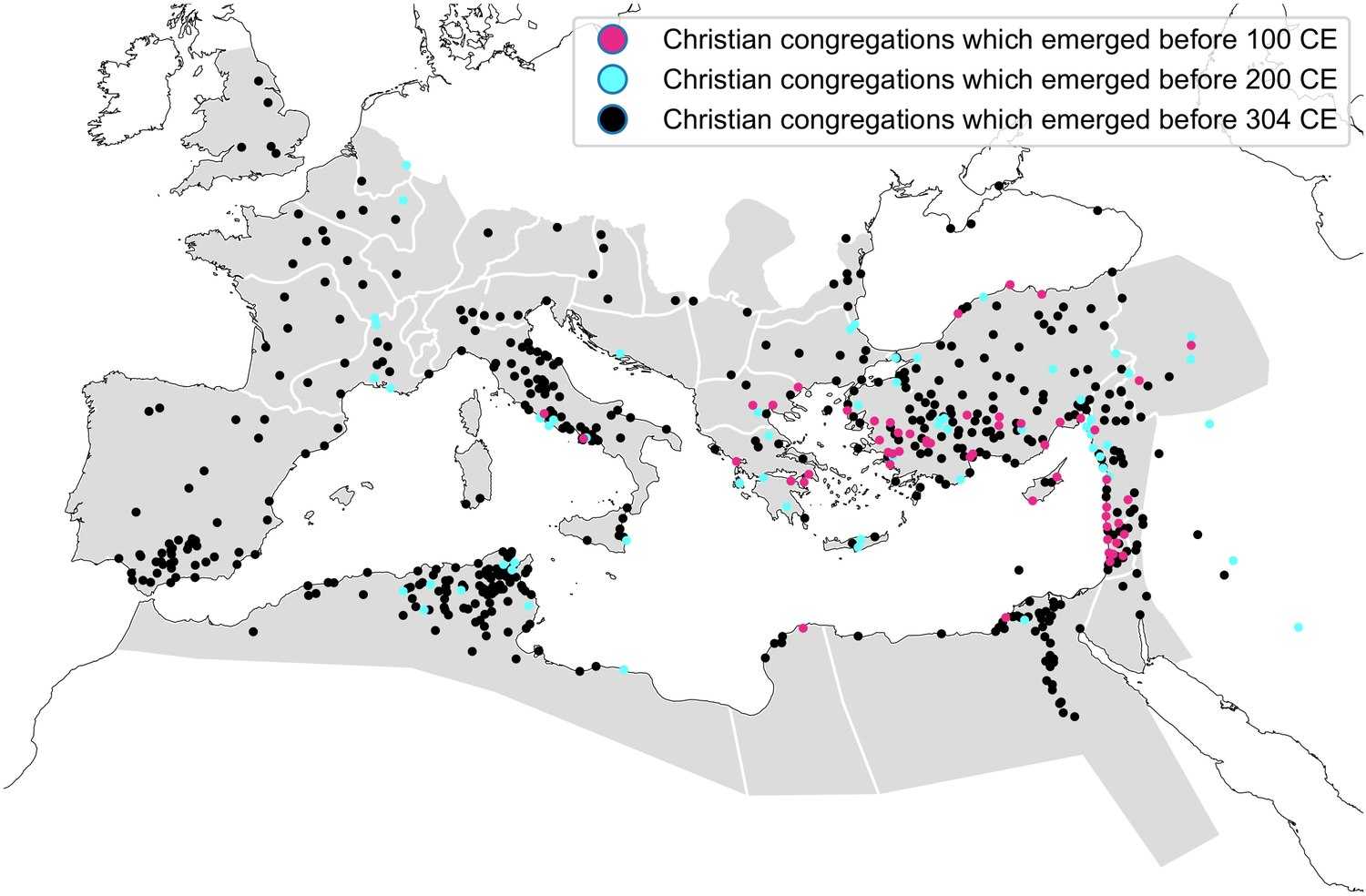 The growth of Christianity from its obscure origin c. 40 AD, with fewer than 1,000 followers, to being the majority religion of the entire Roman Empire by AD 350, has been examined through a wide variety of historiographical approaches.

Until the last decades of the twentieth century, the primary theory was provided by Edward Gibbon in The History of the Decline and Fall of the Roman Empire, published in 1776. Gibbon theorized that paganism declined from the second century BC and was finally eliminated by the top-down imposition of Christianity by Constantine, the first Christian emperor, and his successors in the fourth century AD.

For over 200 years, Gibbon's model and its expanded explanatory versions—the conflict model and the legislative model—have provided the major narrative. The conflict model asserts that Christianity rose in conflict with paganism, defeating it only after emperors became Christian and were willing to use their power to require conversion through coercion. The legislative model is based on the Theodosian Code published in AD 438.

In the last decade of the twentieth century and into the twenty–first century, multiple new discoveries of texts and documents, along with new research (such as modern archaeology and numismatics), combined with new fields of study (such as sociology and anthropology) and modern mathematical modeling, have undermined much of this traditional view. According to modern theories, Christianity became established in the third century, before Constantine, paganism did not end in the fourth century, and imperial legislation had only limited effect before the era of the eastern emperor Justinian I (reign 527 to 565).[1][2][3][4] In the twenty-first century, the conflict model has become marginalized, while a grassroots theory has developed.[5][6]

Alternative theories involve psychology or evolution of cultural selection, with many 21st century scholars asserting that sociological models such as network theory and diffusion of innovation provide the most insight into the societal change.[7][8] Sociology has also generated the theory that Christianity spread as a grass roots movement that grew from the bottom up; it includes ideas and practices such as charity, egalitarianism, accessibility and a clear message, demonstrating its appeal to people over the alternatives available to most in the Roman empire of the time. The effects of this religious change are seen as mixed and are debated.