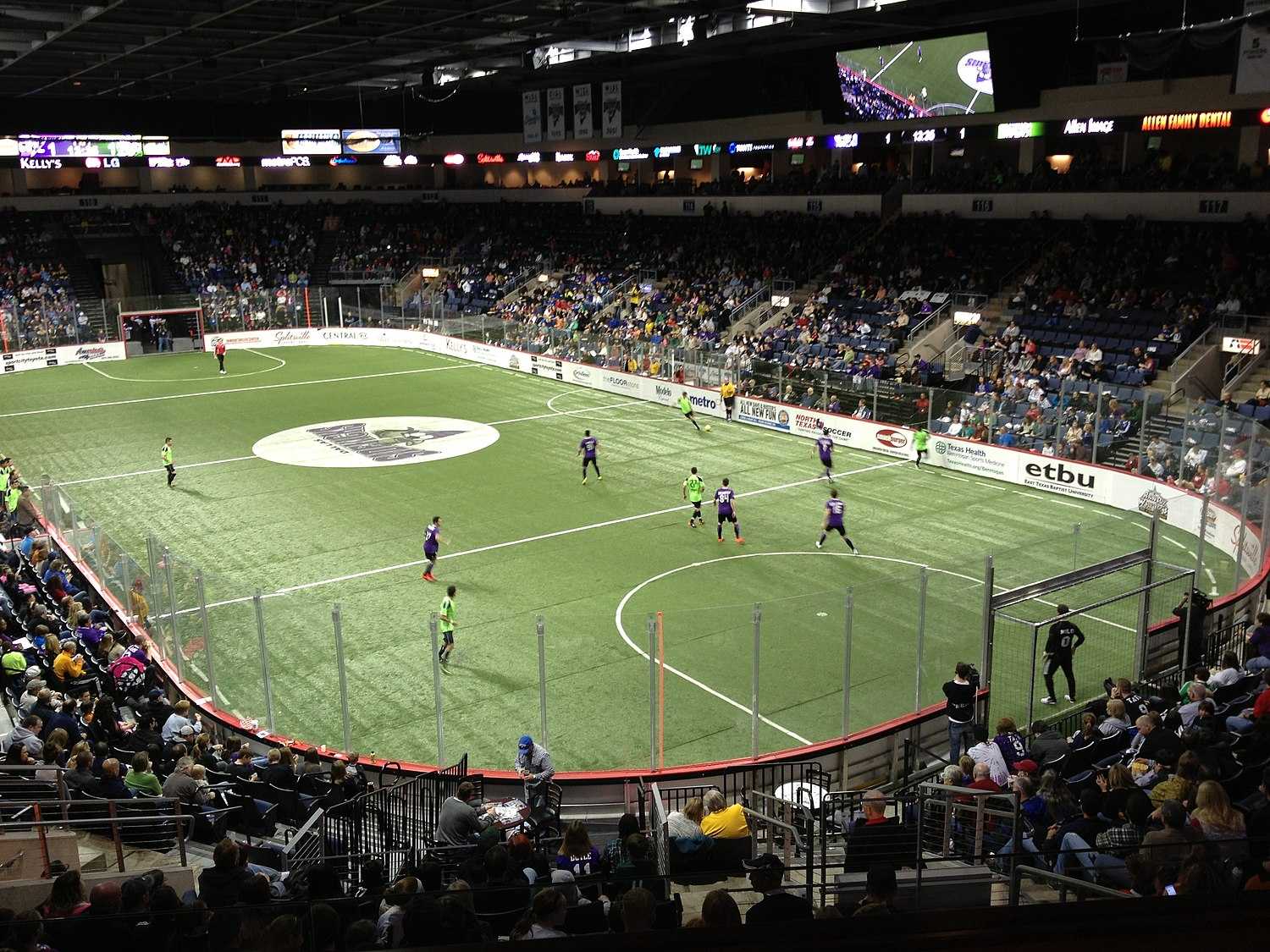 Indoor soccer or arena soccer (known internationally as indoor football, fast football, or showball) is five-a-side version of minifootball, derived from association football and adapted to be played in walled hardcourt indoor arena. Indoor soccer, as it is most often known in the United States and Canada, was originally developed in these two countries as a way to play soccer during the winter months, when snow would make outdoor play difficult. In those countries, gymnasiums are adapted for indoor soccer play. In other countries the game is played in either indoor or outdoor arenas surrounded by walls, and is referred to by different names (such as "fast football" (futbol rapido) in Mexico, Futebol Society or showbol in Brazil,[1] and "indoor football" (futbol indoor) in Spain).

Indoor soccer has different regulations from other versions of association football designed for indoor play, such as futsal and five-a-side football. Unlike futsal, which is played on wooden or ceramic surfaces, indoor soccer is played on synthetic turf (or, in the case of the British Masters Football variety, synthetic carpet).[2] Indoor soccer courts are either delimited by walls or lines, and there are no player throw-ins.

FIFA, the international body that oversees international association football competitions, does not sanction the synthetic turf version of indoor soccer, having developed its own code of indoor football (which they refer to as futsal).

The term minifootball, which was originally coined in Europe, has been adopted by the WMF as a standard international name for the sport.