American actor
This article does not cite any sources. Please help improve this article by adding citations to reliable sources. Unsourced material may be challenged and removed.Find sources: "Jack Richardson" actor – news · newspapers · books · scholar · JSTOR (December 2014) (Learn how and when to remove this template message) 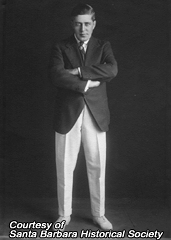 Born in New York City, he was signed to a contract in silent films in 1911 by the American Company, working there for several years. Richardson appeared in more than 560 films before his death in Santa Barbara, California.

His credits are often confused with his contemporary John J. Richardson (AKA Jack Richardson).

Wikimedia Commons has media related to Jack Richardson.
Authority control
Categories
Categories:
{{bottomLinkPreText}} {{bottomLinkText}}
This page is based on a Wikipedia article written by contributors (read/edit).
Text is available under the CC BY-SA 4.0 license; additional terms may apply.
Images, videos and audio are available under their respective licenses.