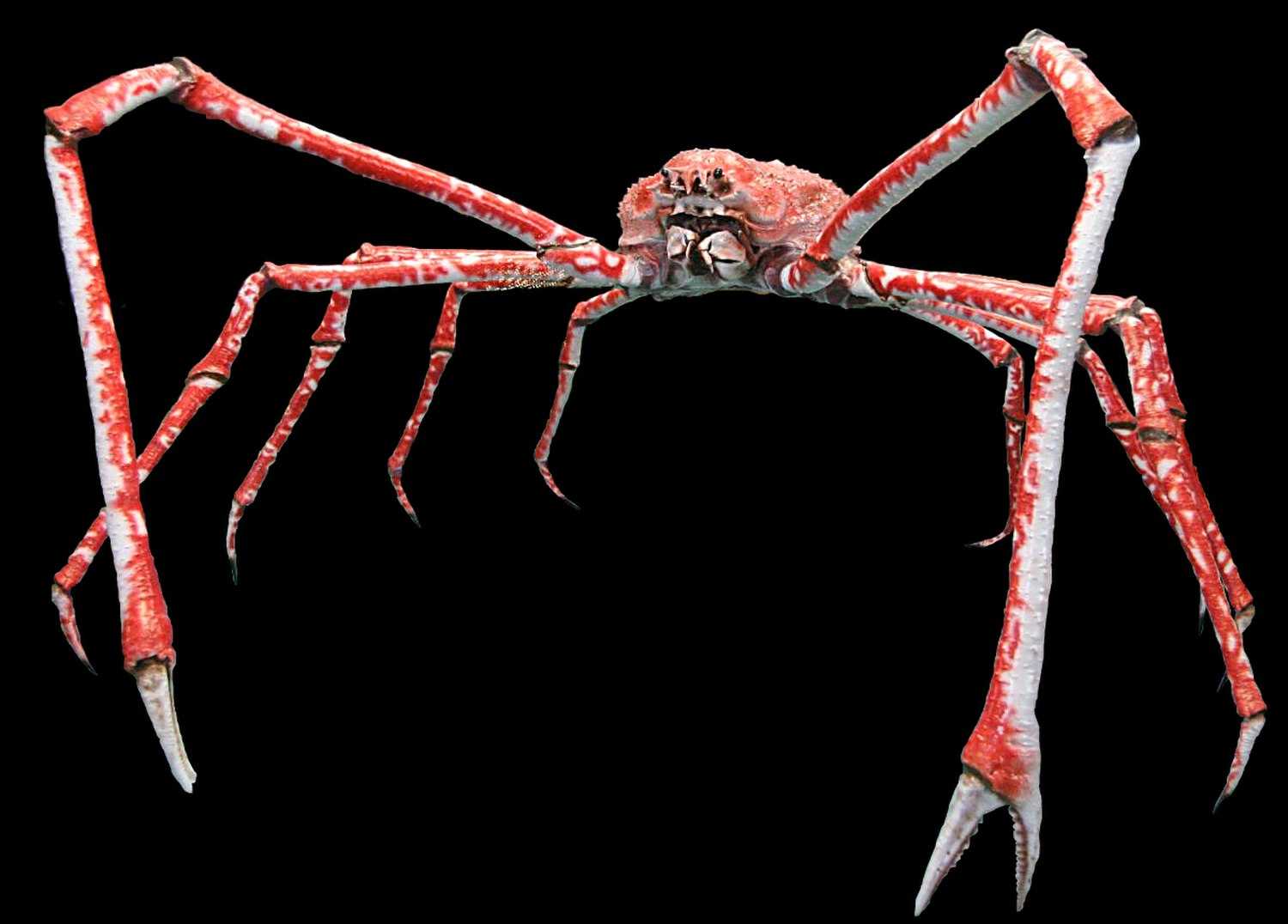 The Japanese spider crab (Macrocheira kaempferi) is a species of marine crab that lives in the waters around Japan. It has the largest known leg-span of any arthropod. It goes through three main larval stages along with a prezoeal stage to grow to its great size.[2]

The genus Macrocheira contains multiple species. Two fossil species of this genus have been found, M. ginzanensis and M. yabei, both from the Miocene of Japan.[3][4] Its diverse taxonomic history is an important part of what these creatures are and how they evolved to be what they are today. They are sought by crab fisheries, and are considered a delicacy in Japan. Conservation efforts aim to protect these creatures and their population from overfishing.[5]

The Japanese spider crab is similar in appearance to the much smaller European spider crab (Maja squinado), though the latter, while within the same superfamily, belongs to a different family, the Majidae.