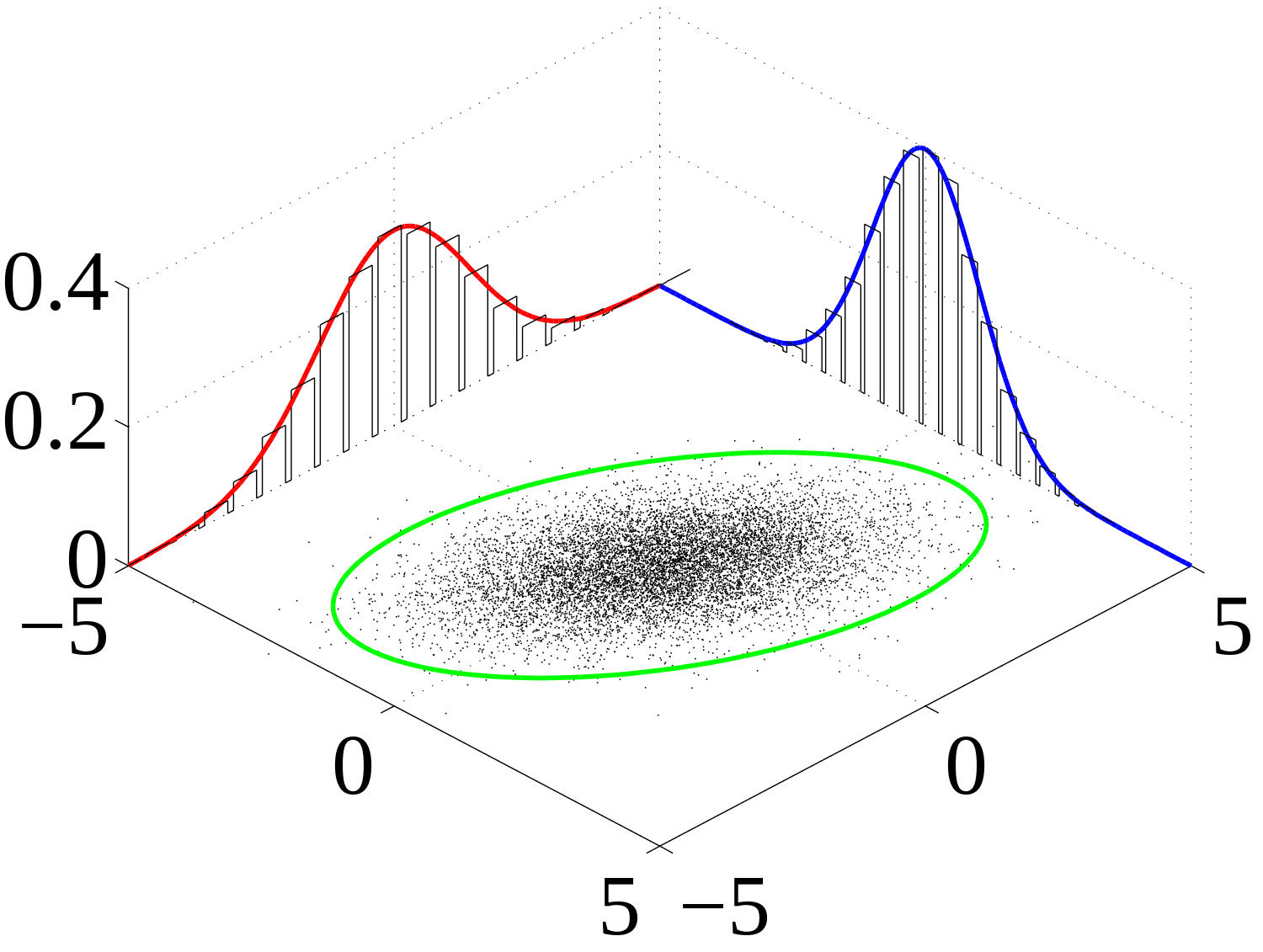 Many sample observations (black) are shown from a joint probability distribution. The marginal densities are shown as well.

In the formal mathematical setup of measure theory, the joint distribution is given by the pushforward measure, by the map obtained by pairing together the given random variables, of the sample space's probability measure.