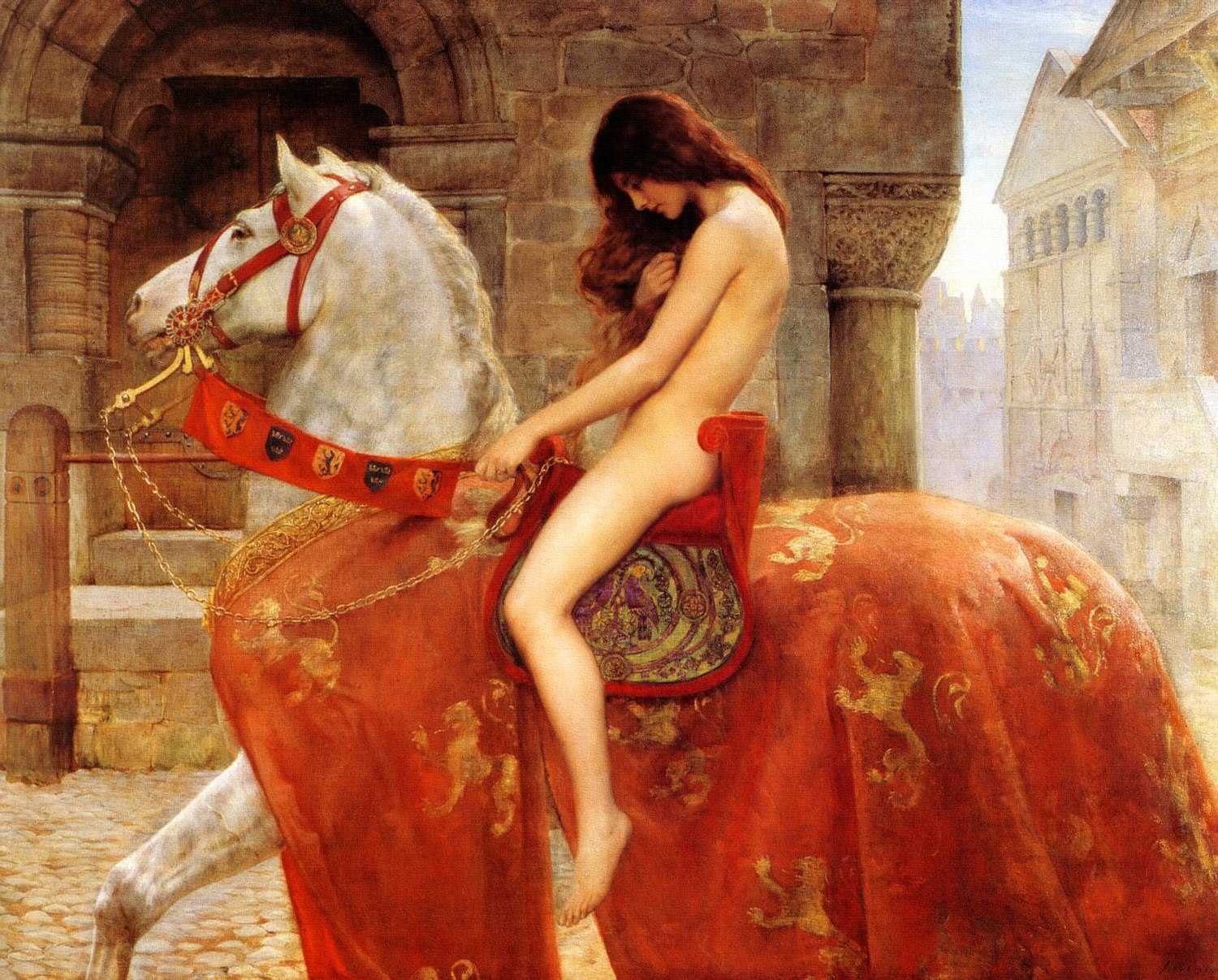 Lady Godiva (/ɡəˈdaɪvə/; died between 1066 and 1086), in Old English Godgifu, was a late Anglo-Saxon noblewoman who is relatively well documented as the wife of Leofric, Earl of Mercia, and a patron of various churches and monasteries. Today, she is mainly remembered for a legend dating back to at least the 13th century, in which she rode naked – covered only in her long hair – through the streets of Coventry to gain a remission of the oppressive taxation that her husband, Leofric, imposed on his tenants. The name "Peeping Tom" for a voyeur originates from later versions of this legend, in which a man named Thomas watched her ride and was struck blind or dead.