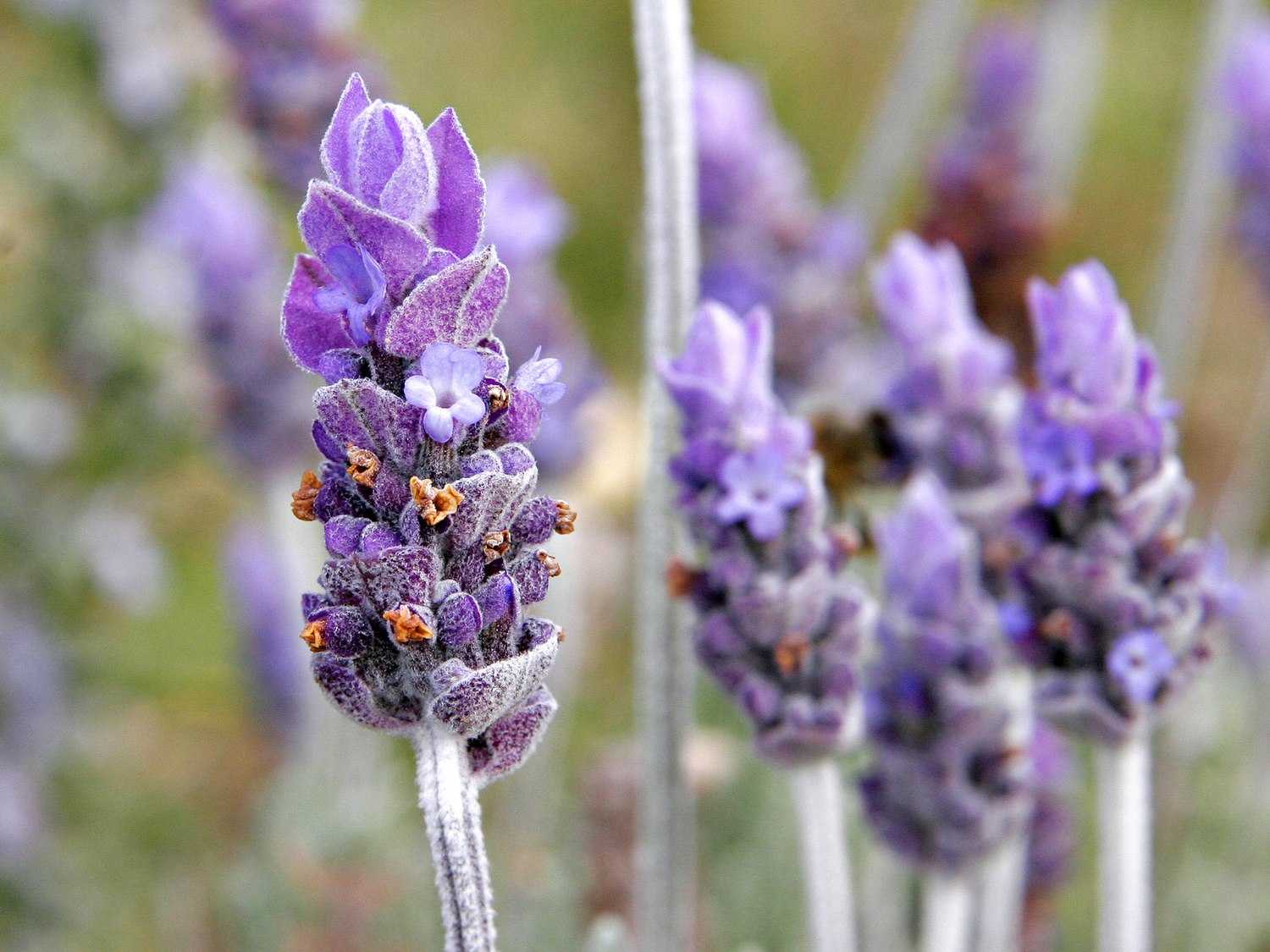 Lavandula (common name lavender) is a genus of 47 known species of flowering plants in the mint family, Lamiaceae. It is native to the Old World and is found in Cape Verde and the Canary Islands, and from Europe across to northern and eastern Africa, the Mediterranean, southwest Asia to India.[2]

Many members of the genus are cultivated extensively in temperate climates as ornamental plants for garden and landscape use, for use as culinary herbs, and also commercially for the extraction of essential oils.[3] The most widely cultivated species, Lavandula angustifolia, is often referred to as lavender, and there is a color named for the shade of the flowers of this species. Lavender has been used over centuries in traditional medicine and cosmetics.