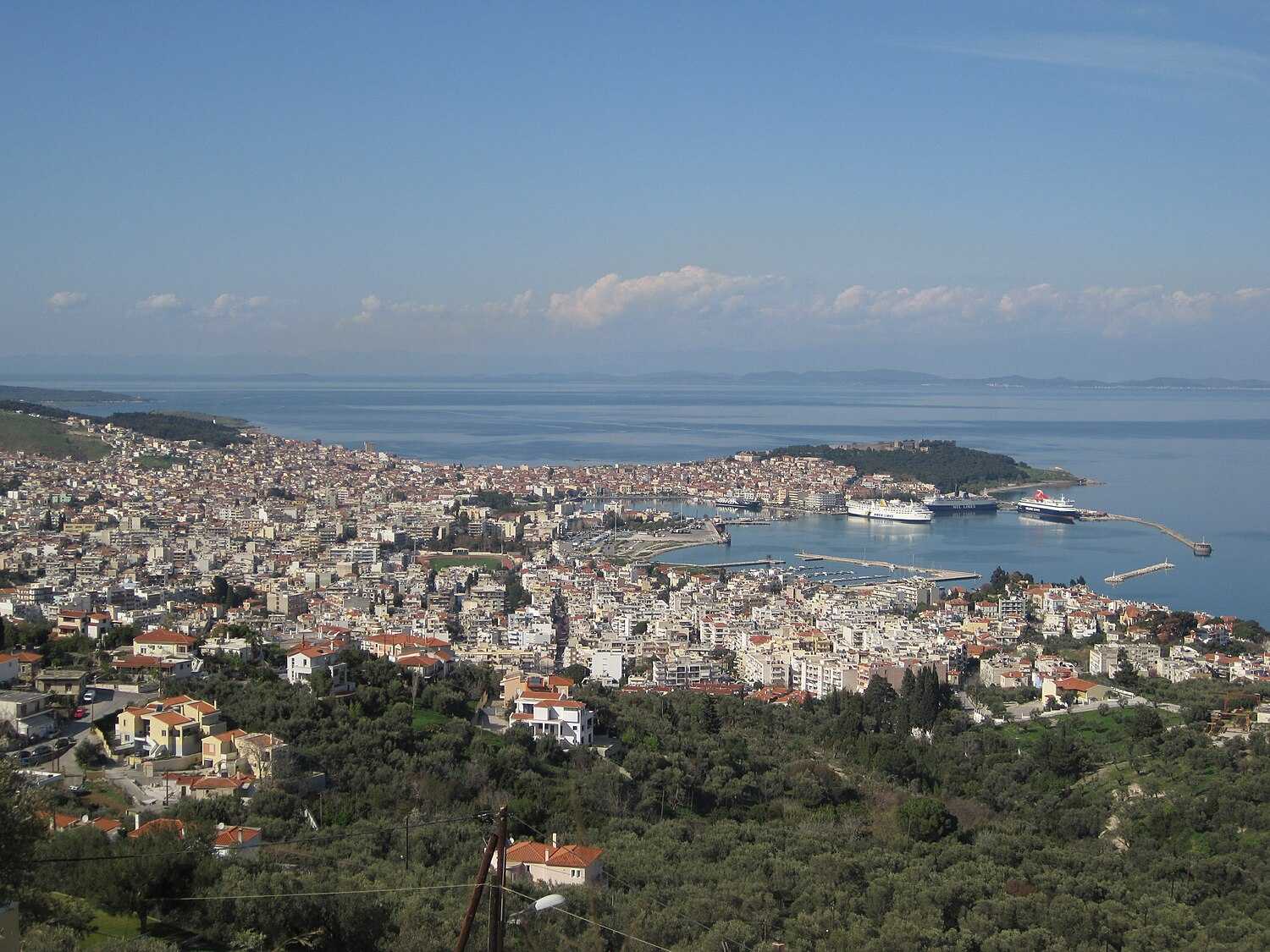 Lesbos or Lesvos (Greek: Λέσβος, romanized: Lésvos [ˈlezvos]) is a Greek island located in the northeastern Aegean Sea. It has an area of 1,633 km2 (631 sq mi),[2] with approximately 400 kilometres (249 miles) of coastline, making it the third largest island in Greece and the eighth largest in the Mediterranean. It is separated from Asia Minor by the narrow Mytilini Strait. On the southeastern coast is the island's capital and largest city, Mytilene (Μυτιλήνη), whose name is also used as a moniker for the whole island. Lesbos is a separate regional unit with the seat in Mytilene, which is also the capital of the larger North Aegean region. The region includes the islands of Lesbos, Chios, Ikaria, Lemnos, and Samos. The total population of the island is 83,068. A third of Lesbians live in the capital, while the remainder are concentrated in small towns and villages. The largest are Plomari, Kalloni, the Gera Villages, Agiassos, Eresos, and Molyvos (the ancient Mythimna).

According to later Greek writers, Mytilene was founded in the 11th century BC by the family Penthilidae, who arrived from Thessaly and ruled the city-state until a popular revolt (590–580 BC) led by Pittacus of Mytilene ended their rule. In fact, the archaeological and linguistic record may indicate a late Iron Age arrival of Greek settlers although references in Late Bronze Age Hittite archives indicate a likely Greek presence then. The name Mytilene itself seems to be of Hittite origin. According to Homer's Iliad, Lesbos was part of the kingdom of Priam, which was based in Anatolia. Much work remains to be done to determine just what happened and when. In the Middle Ages, it was under Byzantine and then Genoese rule. Lesbos was conquered by the Ottoman Empire in 1462. The Ottomans then ruled the island until the First Balkan War in 1912, when it became part of the Kingdom of Greece.

The island is widely known as the home of the ancient Greek poet Sappho, from whose association with homosexuality the word lesbian derives its modern meaning. It is also sometimes called the "Island of the Poets".[3]