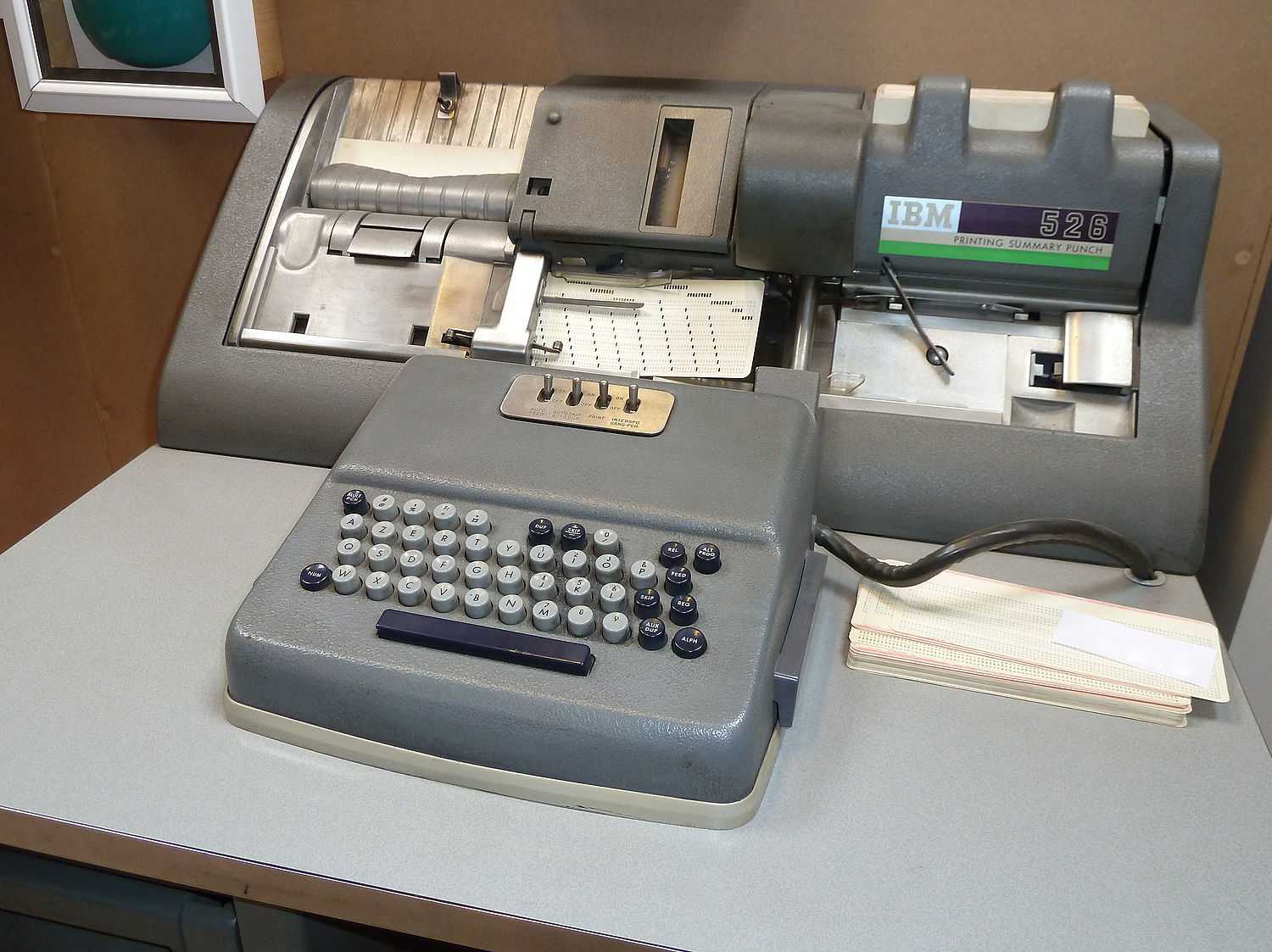 The following is a partial list of products, services, and subsidiaries of International Business Machines (IBM) Corporation and its predecessor corporations, beginning in the 1890s.[1]

This list is eclectic; it includes, for example, the AN/FSQ-7, which was not a product in the sense of offered for sale, but was a product in the sense of manufactured—produced by the labor of IBM. Several machines manufactured for the Astronomical Computing Bureau at Columbia University are included, as are some machines built only as demonstrations of IBM technology. Missing are many RPQs, OEM products (semiconductors, for example), and supplies (punched cards, for example). These products and others are missing simply because no one has added them.

Number sequence may not correspond to product development sequence. For example, the 402 tabulator was an improved, modernized, 405.[2]

IBM uses two naming structures for its modern hardware products. Products are normally given a three- or four-digit machine type and a model number (it can be a mix of letters and numbers). A product may also have a marketing or brand name. For instance, 2107 is the machine type for the IBM System Storage DS8000. While the majority of products are listed here by machine type, there are instances where only a marketing or brand name is used. Care should be taken when searching for a particular product as sometimes the type and model numbers overlap. For instance the IBM storage product known as the Enterprise Storage Server is machine type 2105, and the IBM printing product known as the IBM Infoprint 2105 is machine type 2705, so searching for an IBM 2105 could result in two different products—or the wrong product—being found.

IBM introduced the 80-column rectangular hole punched card in 1928. Pre-1928 machine models that continued in production with the new 80-column card format had the same model number as before. Machines manufactured prior to 1928 were, in some cases, retrofitted with 80-column card readers and/or punches thus there existed machines with pre-1928 dates of manufacture that contain 1928 technology.

This list is organized by classifications of both machines and applications, rather than by product name. Thus some (few) entries will be duplicated. The 1420, for example, is listed both as a member of the 1401 family and as a machine for Bank and finance.

IBM product names have varied over the years; for example these two texts both reference the same product.

This article uses the name, or combination of names, most descriptive of the product. Thus the entry for the above is

Products of The Tabulating Machine Company can be identified by date, before 1933 when the subsidiaries were merged into IBM.