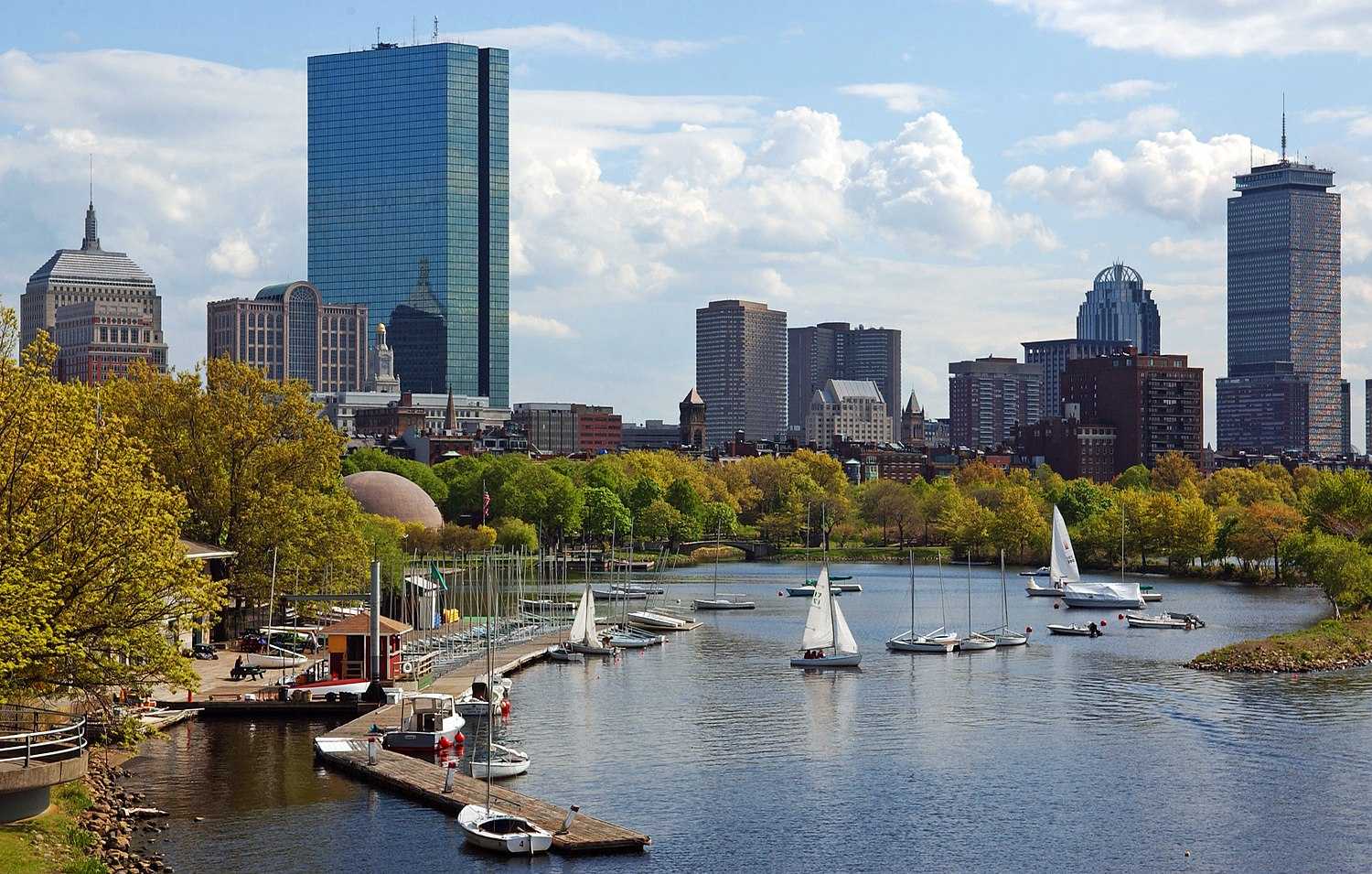 Boston, the capital of the U.S. state of Massachusetts and the largest city in New England, is home to 451 completed high-rises,[1] 37 of which stand taller than 400 feet (122 m). The majority of the city's skyscrapers and high-rises are clustered in the Financial District and Back Bay neighborhoods. The tallest structure in Boston is the 60-story 200 Clarendon, better known to locals as the John Hancock Tower, which rises 790 feet (241 m) in the Back Bay district.[2] It is also the tallest building in New England and the 80th-tallest building in the United States. The second-tallest building in Boston is the Prudential Tower, which rises 52 floors and 749 feet (228 m).[3] At the time of the Prudential Tower's completion in 1964, it stood as the tallest building in North America outside of New York City.[4]

Skyscrapers in the US state of Massachusetts

Boston's history of skyscrapers began with the completion in 1893 of the 13-story Ames Building, which is considered the city's first high-rise.[5] Boston went through a major building boom in the 1960s and 1970s, resulting in the construction of over 20 skyscrapers, including 200 Clarendon and the Prudential Tower. The city is the site of 25 skyscrapers that rise at least 492 feet (150 m) in height, more than any other city in New England. As of 2018[update], the skyline of Boston is ranked 10th in the United States and 79th in the world with 57 buildings rising at least 330 feet (100 m) in height.[6]

Since August 2017, several major development projects have dramatically altered the city's skyline, including the Millennium Tower, Avalon North Station, Four Seasons Hotel & Private Residences, One Dalton Street, The Hub on Causeway, and Bulfinch Crossing.[7] In addition, there has been a continuous stream of proposals to construct skyscrapers that would rank among the tallest in the city if completed. Overall, there were 64 high-rise buildings under construction or proposed for construction in Boston.[1]