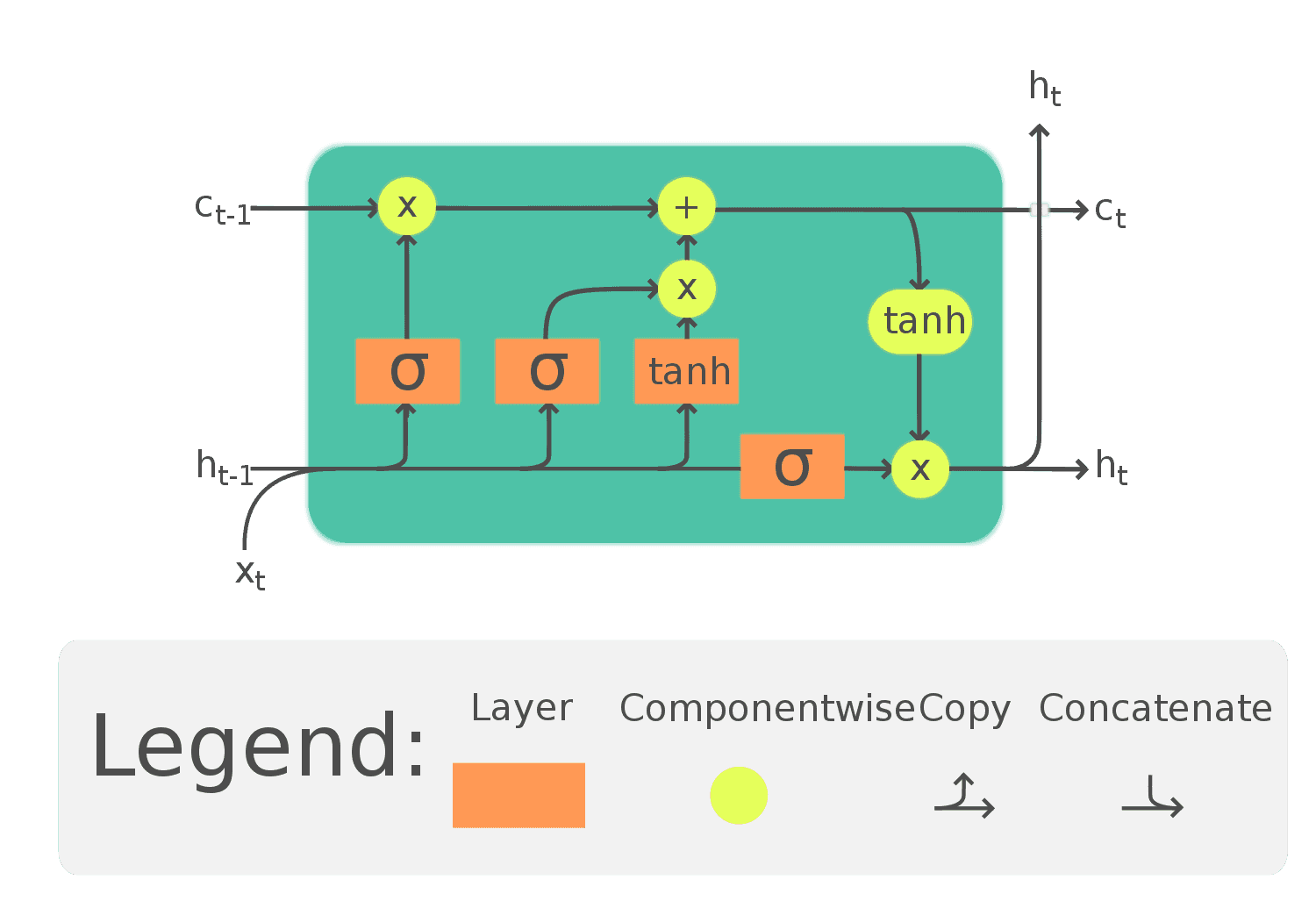 Long short-term memory (LSTM)[1] is an artificial neural network used in the fields of artificial intelligence and deep learning. Unlike standard feedforward neural networks, LSTM has feedback connections. Such a recurrent neural network (RNN) can process not only single data points (such as images), but also entire sequences of data (such as speech or video). This characteristic makes LSTM networks ideal for processing and predicting data. For example, LSTM is applicable to tasks such as unsegmented, connected handwriting recognition,[2] speech recognition,[3][4] machine translation,[5][6] robot control,[7][8] video games,[9][10] and healthcare.[11]

A common LSTM unit is composed of a cell, an input gate, an output gate[13] and a forget gate.[14] The cell remembers values over arbitrary time intervals and the three gates regulate the flow of information into and out of the cell. Forget gates decide what information to discard from a previous state by assigning a previous state, compared to a current input, a value between 0 and 1. A (rounded) value of 1 means to keep the information, and a value of 0 means to discard it. Input gates decide which pieces of new information to store in the current state, using the same system as forget gates. Output gates control which pieces of information in the current state to output by assigning a value from 0 to 1 to the information, considering the previous and current states. Selectively outputting relevant information from the current state allows the LSTM network to maintain useful, long-term dependencies to make predictions, both in current and future time-steps.

LSTM networks are well-suited to classifying, processing and making predictions based on time series data, since there can be lags of unknown duration between important events in a time series. LSTMs were developed to deal with the vanishing gradient problem[15] that can be encountered when training traditional RNNs. Relative insensitivity to gap length is an advantage of LSTM over RNNs, hidden Markov models and other sequence learning methods in numerous applications.[citation needed]