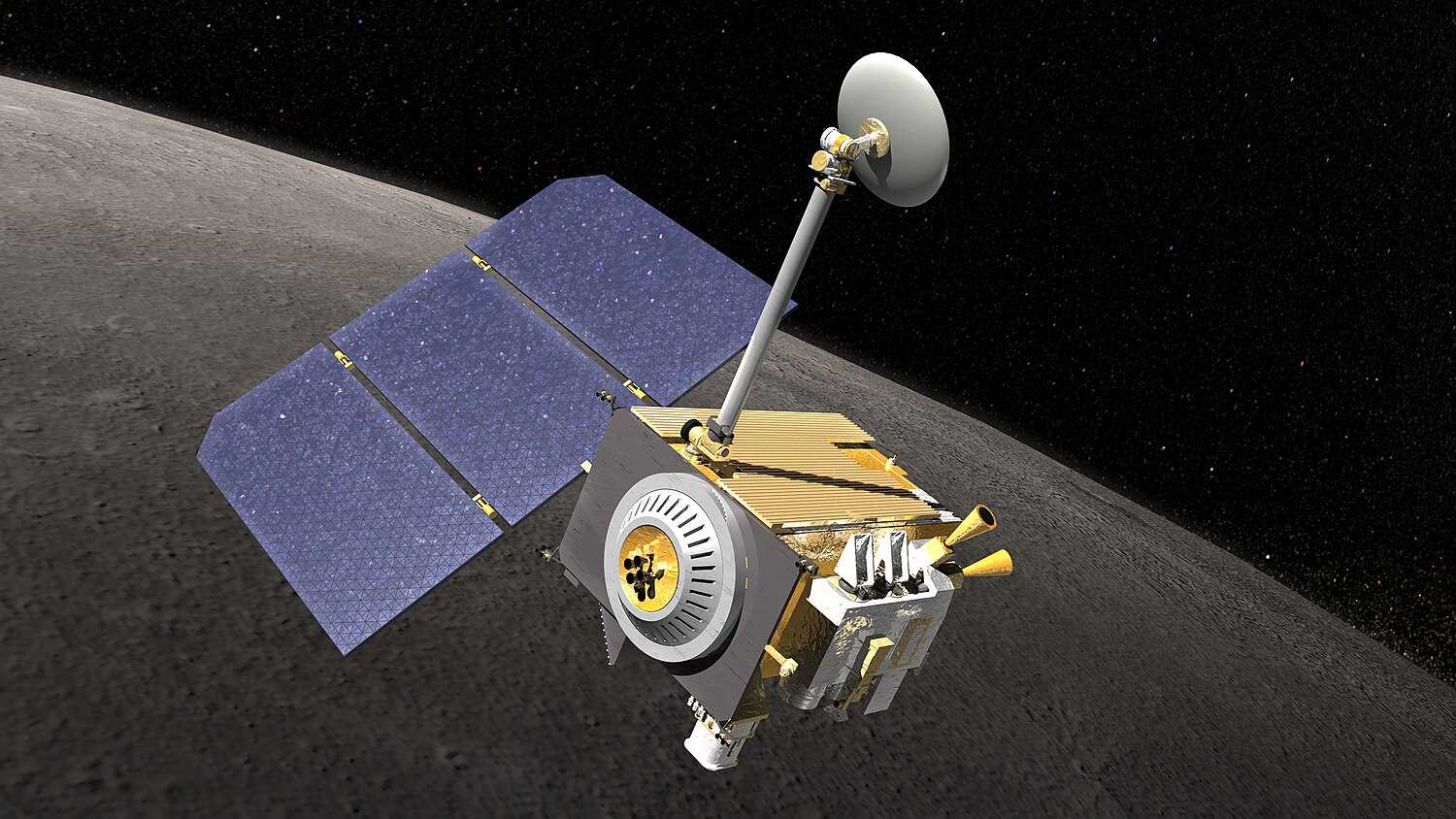 The Lunar Reconnaissance Orbiter (LRO) is a NASA robotic spacecraft currently orbiting the Moon in an eccentric polar mapping orbit.[6][7] Data collected by LRO have been described as essential for planning NASA's future human and robotic missions to the Moon.[8] Its detailed mapping program is identifying safe landing sites, locating potential resources on the Moon, characterizing the radiation environment, and demonstrating new technologies.[9][10]

Launched on June 18, 2009,[11] in conjunction with the Lunar Crater Observation and Sensing Satellite (LCROSS), as the vanguard of NASA's Lunar Precursor Robotic Program,[12] LRO was the first United States mission to the Moon in over ten years.[13] LRO and LCROSS were launched as part of the United States's Vision for Space Exploration program.

The probe has made a 3-D map of the Moon's surface at 100-meter resolution and 98.2% coverage (excluding polar areas in deep shadow),[14] including 0.5-meter resolution images of Apollo landing sites.[15][16] The first images from LRO were published on July 2, 2009, showing a region in the lunar highlands south of Mare Nubium (Sea of Clouds).[17]

The total cost of the mission is reported as US$583 million, of which $504 million pertains to the main LRO probe and $79 million to the LCROSS satellite.[18] As of 2019, LRO has enough fuel to continue operations for at least seven more years, and NASA expects to continue utilizing LRO's reconnaissance capabilities to identify sites for lunar landers well into the 2020s.[19]