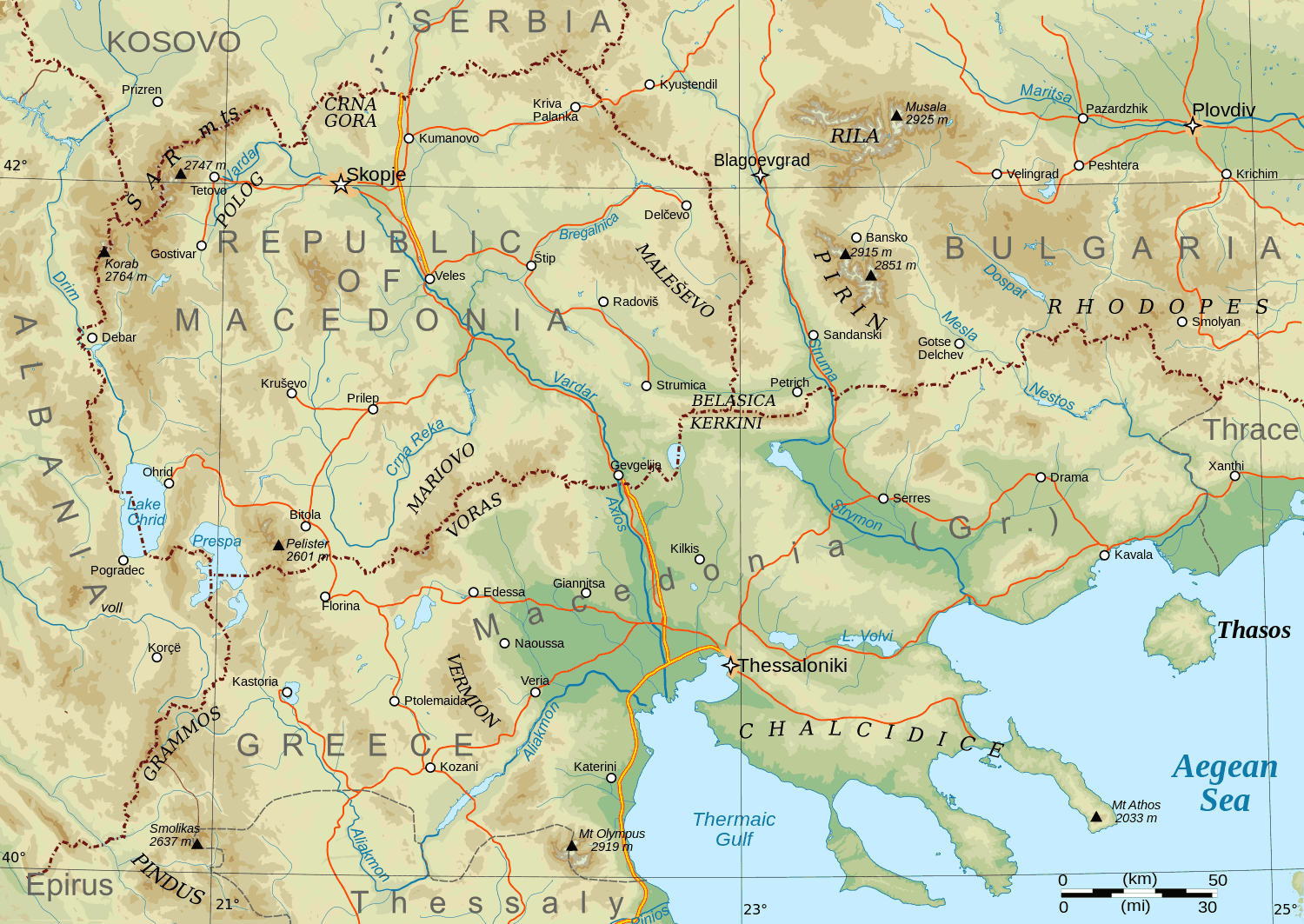 listen)) is a geographical and historical region of the Balkan Peninsula in Southeast Europe. Its boundaries have changed considerably over time; however, it came to be defined as the modern geographical region by the mid 19th century. Today the region is considered to include parts of six Balkan countries: larger parts in Greece, North Macedonia, and Bulgaria, and smaller parts in Albania, Serbia, and Kosovo.[a] It covers approximately 67,000 square kilometres (25,869 sq mi) and has a population of 4.76 million.

Geographical and historical region in Europe

Its oldest known settlements date back approximately to 7,000 BC. From the middle of the 4th century BC, the Kingdom of Macedon became the dominant power on the Balkan Peninsula; since then Macedonia has had a diverse history.