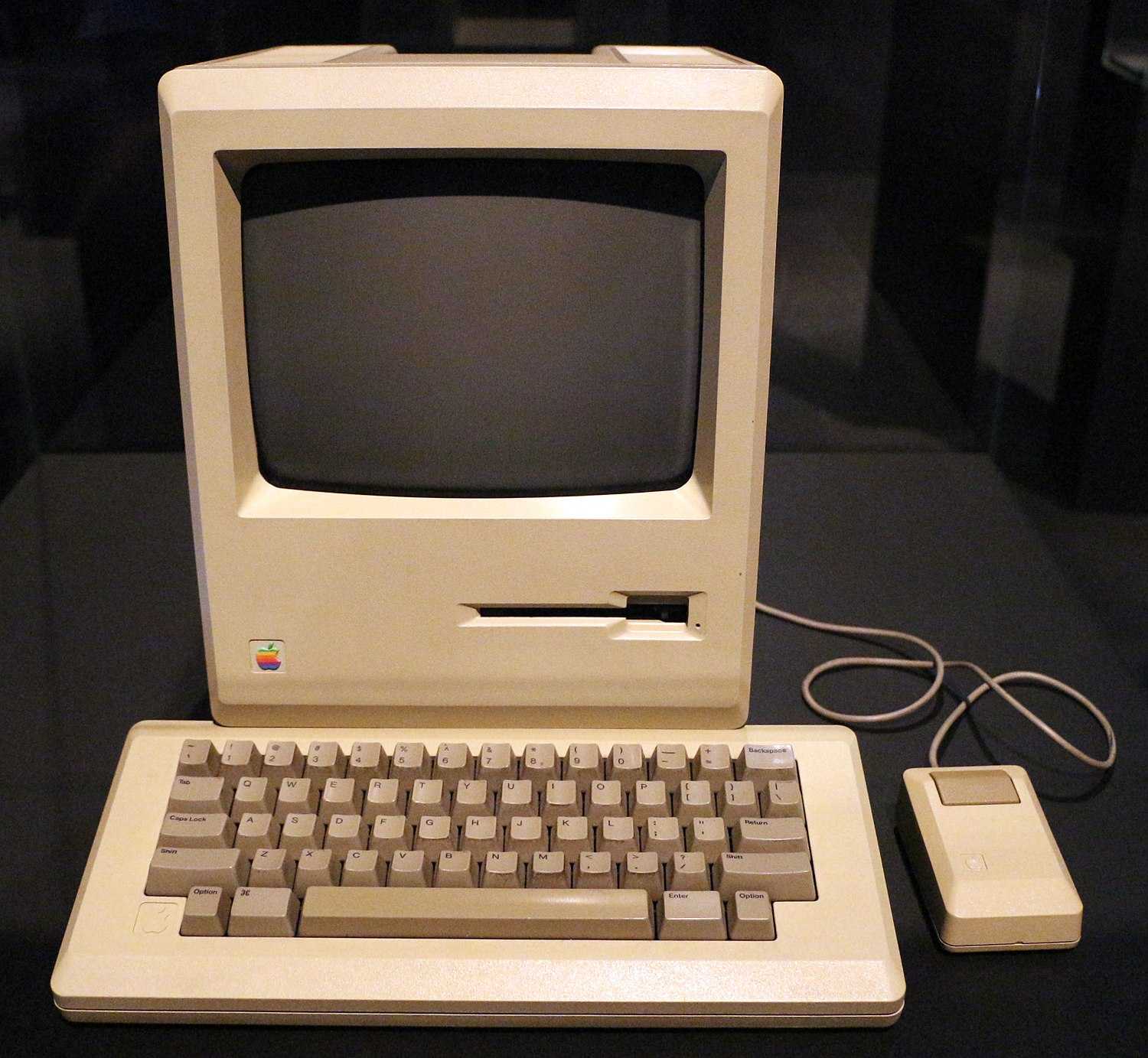 The Apple Macintosh—later rebranded as the Macintosh 128K—is the original Apple Macintosh personal computer. It played a pivotal role in establishing desktop publishing as a general office function. The motherboard, a 9 in (23 cm) CRT monitor, and a floppy drive were housed in a beige case with integrated carrying handle; it came with a keyboard and single-button mouse. It sold for US$2,495 (equivalent to $6,500 in 2021). The Macintosh was introduced by a television commercial entitled "1984" shown during Super Bowl XVIII on January 22, 1984[6] and directed by Ridley Scott. Sales of the Macintosh were strong from its initial release on January 24, 1984, and reached 70,000 units on May 3, 1984.[7] Upon the release of its successor, the Macintosh 512K, it was rebranded as the Macintosh 128K. The computer's model number was M0001.[8]