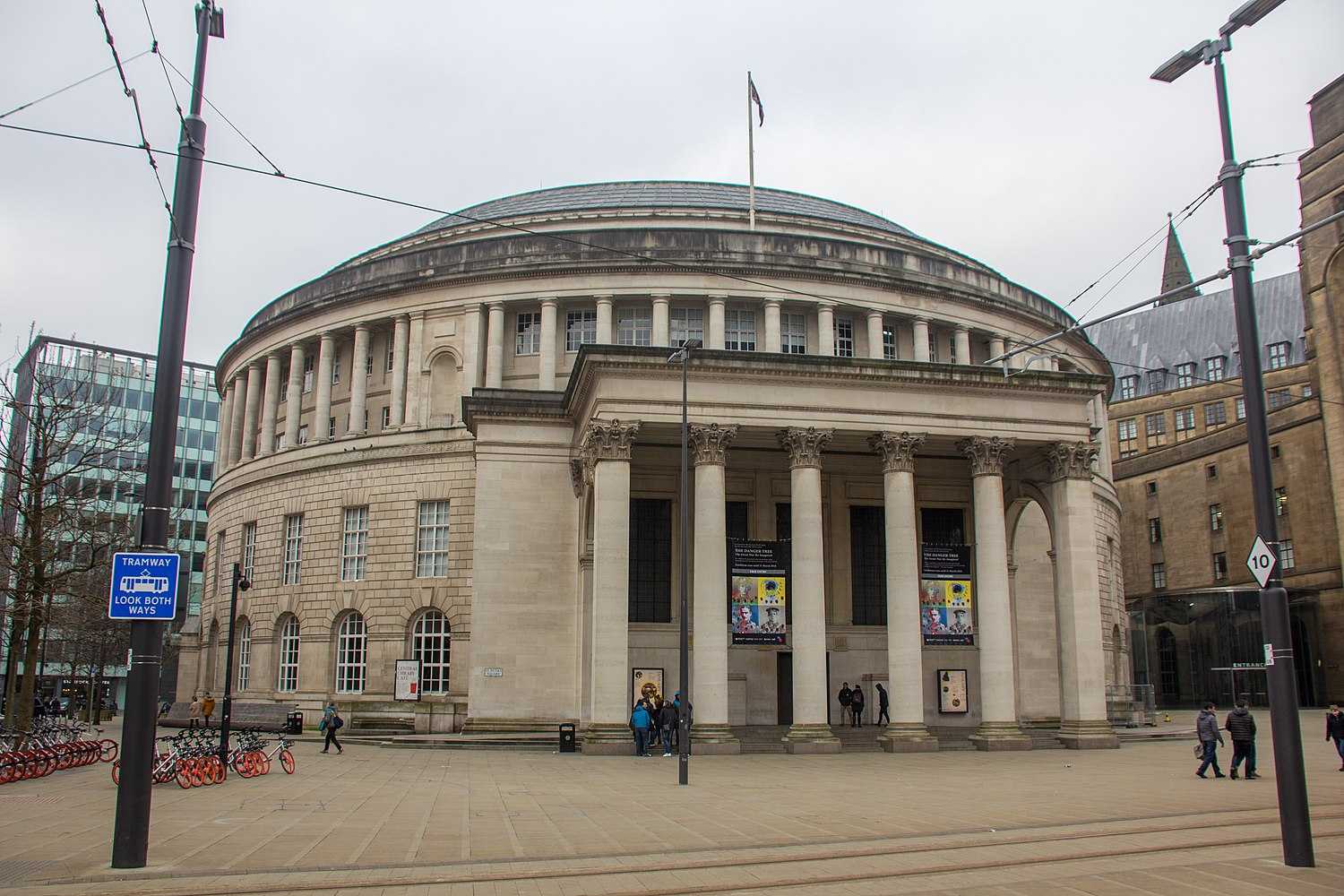 Manchester Central Library is the headquarters of the city's library and information service in Manchester, England. Facing St Peter's Square, it was designed by E. Vincent Harris and constructed between 1930 and 1934. The form of the building, a columned portico attached to a rotunda domed structure, is loosely derived from the Pantheon, Rome. At its opening, one critic wrote, "This is the sort of thing which persuades one to believe in the perennial applicability of the Classical canon".[1]

The library building is grade II* listed.[2] A four-year project to renovate and refurbish the library commenced in 2010.[3] Central Library re-opened on 22 March 2014.