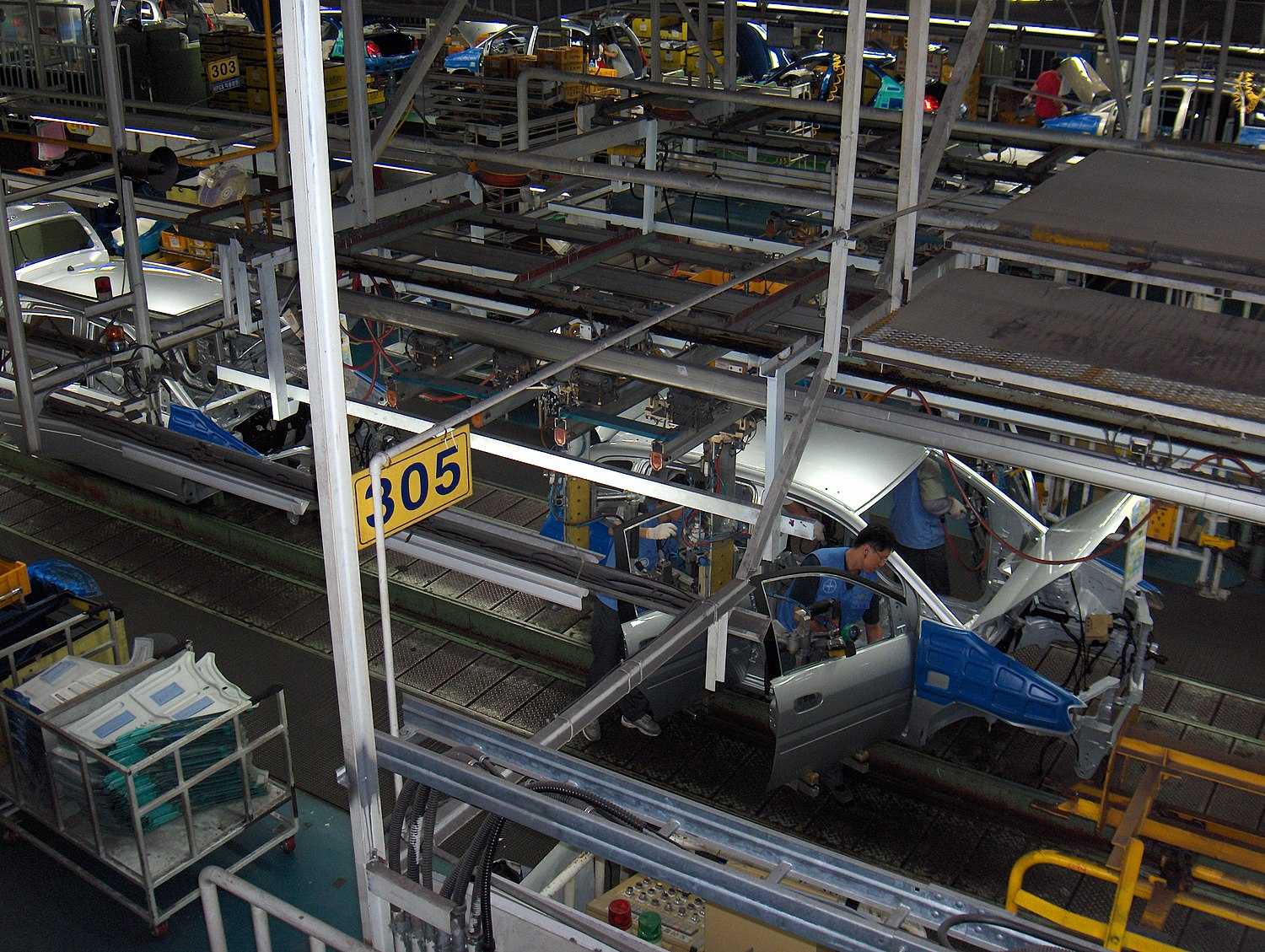 The term mass production was popularized by a 1926 article in the Encyclopædia Britannica supplement that was written based on correspondence with Ford Motor Company. The New York Times used the term in the title of an article that appeared before publication of the Britannica article.[2]

The concepts of mass production are applied to various kinds of products: from fluids and particulates handled in bulk (food, fuel, chemicals and mined minerals), to parts and assemblies of parts (household appliances and automobiles).

Some mass production techniques, such as standardized sizes and production lines, predate the Industrial Revolution by many centuries; however, it was not until the introduction of machine tools and techniques to produce interchangeable parts were developed in the mid-19th century that modern mass production was possible.[2]