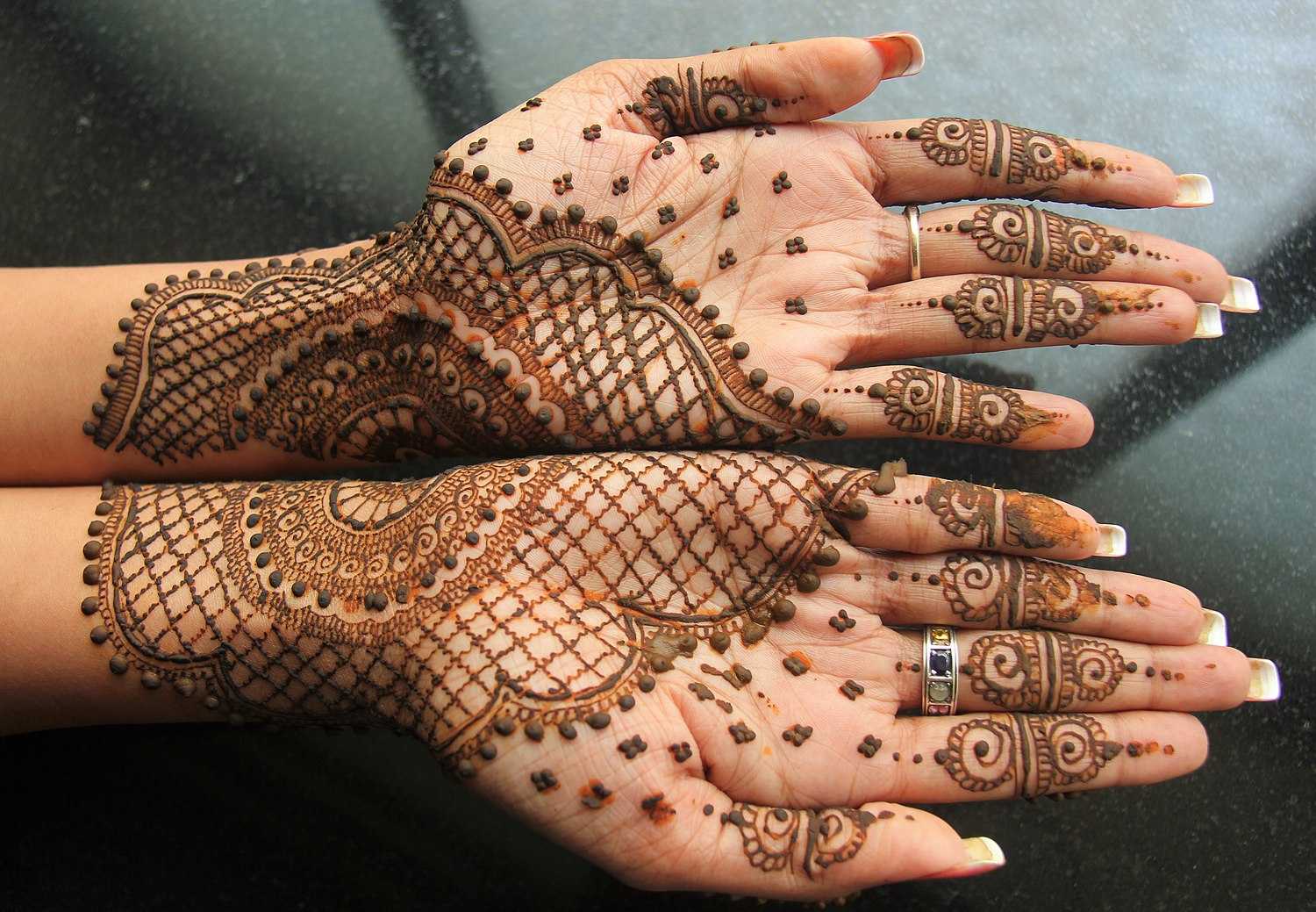 pronunciation (help·info)) is a form of body art and temporary skin decoration from the Indian subcontinent usually drawn on hands or legs. They are decorative designs that are created on a person's body, using a paste, created from the powdered dry leaves of the henna plant (Lawsonia inermis).[1] It is a popular form of body art in South Asia including countries such as India, Bangladesh, Afghanistan, Pakistan, Maldives, Sri Lanka, Nepal and resembles similar traditions of henna as body art found in North Africa, East Africa and the Middle East. There are many different names for Mehndi across various languages within South Asia. In the West, mehndi is commonly known as henna tattoo, although it is not actually a tattoo as only the surface of the skin is inked.[2] Henna has been used as a dye for the skin since ancient times.

There are many variations and designs. Women usually apply mehndi designs to their hands and feet, though some, including cancer patients and women with alopecia occasionally decorate their scalps.[3] The standard color of henna is brown, but other design colors such as white, red, black and gold are sometimes used.[3]

In Hindu and Sikh festivals, women often have henna applied to their hands, feet and sometimes the backs of their shoulders. Conversely, men usually have it applied on their arms, legs, back, and chest. For women, it is usually drawn on their palms, backs of their hands and on feet, where the design will be clearest due to contrast with the lighter skin on these surfaces, which naturally contains less of the pigment melanin.

Likely due to the desire for a "tattoo-black" appearance, some people add the synthetic dye p-Phenylenediamine (PPD) to henna to give it a black colour. PPD may cause moderate to severe allergic reactions when applied to skin.[6]