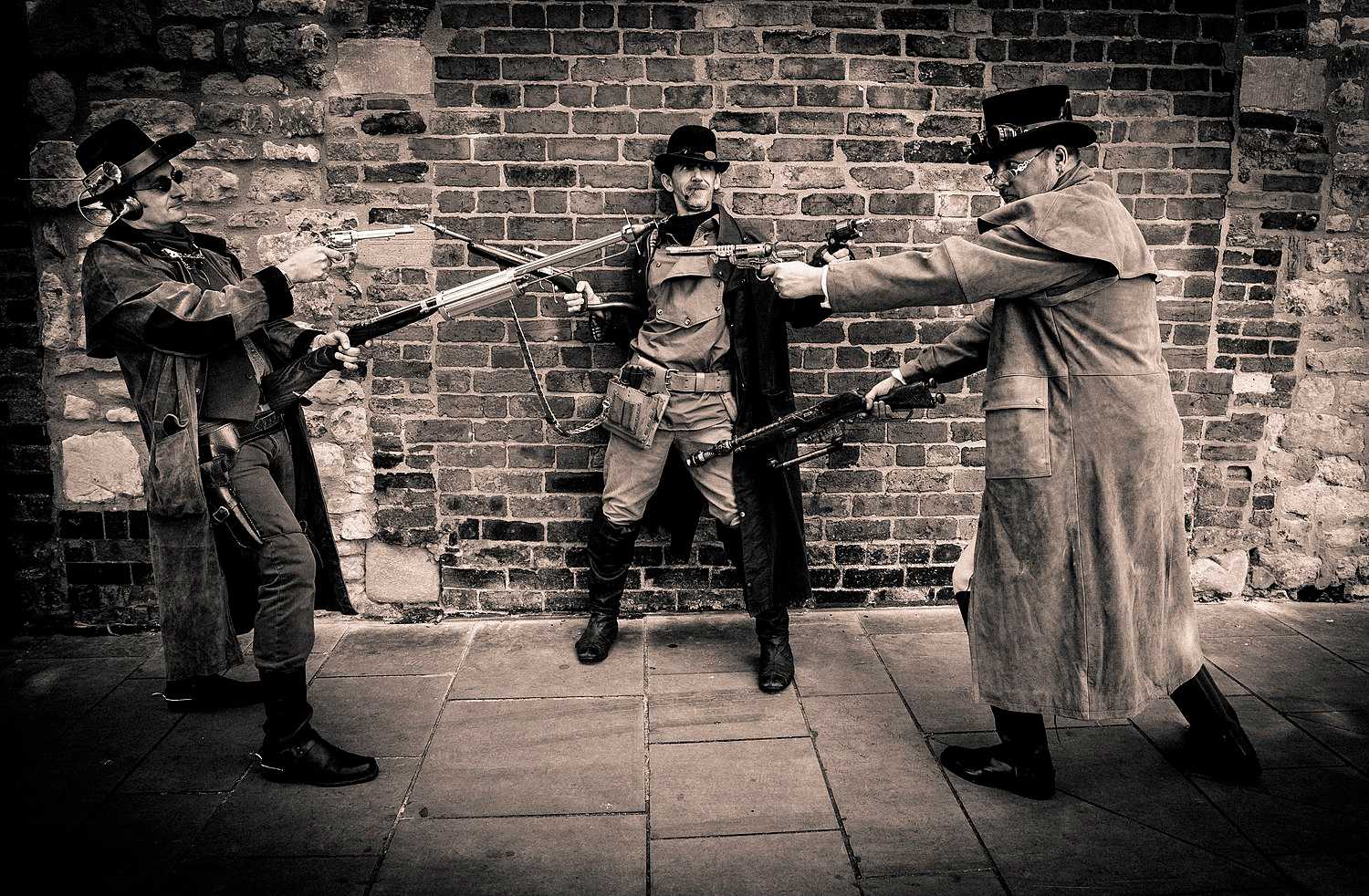 A Mexican standoff is a confrontation in which no strategy exists that allows any party to achieve victory.[1][2] Any party initiating aggression might trigger its own demise. At the same time, the parties are unable to extricate themselves from the situation without suffering a loss. As a result, all participants need to maintain the strategic tension, which remains unresolved until some outside event or interparty dialogue makes it possible to resolve it.

The term Mexican standoff was originally used in the context of using firearms and it still commonly implies a situation in which the parties face some form of threat from the other parties. The Mexican standoff is a recurring trope in cinema, in which several armed characters hold each other at gunpoint.